The first order of business for Boston Red Sox new head of baseball operations Chaim Bloom will be to figure out what to do with Mookie Betts.

Bloom was hired because the Red Sox are looking to get under the luxury tax. Betts is the team’s star player who is a year away from free agency and made $20 million in 2019 — which is projected to increase to $27.7 million in 2020.

They could sign Betts to an extension, but the 27-year-old is one of the best young players In the game and would garner a contract in the neighborhood of Manny Machado (10 years, $300 million) and Bryce Harper (13 years, $330 million).

The two sides have engaged in discussions for an extension, but if a deal cannot be worked out the Red Sox will likely look to trade him.

With Betts’ future being a major storyline of the MLB Hot Stove, we’ve compiled five teams he could potentially play for in 2020. 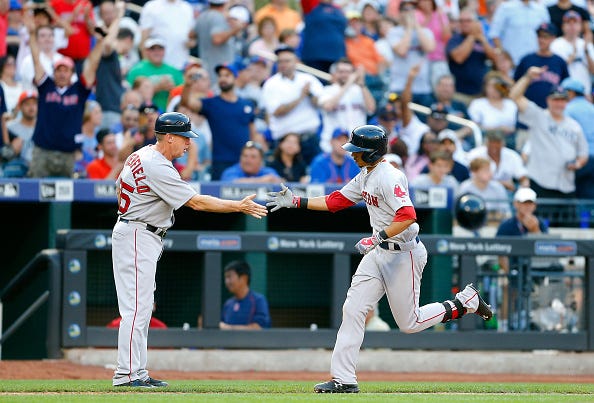 At first glance, the Mets paying Betts almost $30 million for one season may seem unrealistic, but the team is desperate to win now and they have the pieces to make a trade work with a GM not afraid to make bold moves. Brodie Van Wagenen traded for Marcus Stroman at the trade deadline last year when everyone thought the Mets would be sellers, so they shouldn’t be eliminated as a possibility just yet.

﻿The emergence of Amed Rosario last season could allow the Mets to move top prospect Ronny Mauricio, or perhaps Rosario himself. Left-handed slugger Dom Smith also has no position and is someone the Mets will likely look to deal. If the Mets are reluctant to part with prospects, they could go outside the box and center a package around, say, Noah Syndergaard. Thor’s name has been floated in trade rumors in the past, and the money would make sense from a Boston perspective, as Syndergaard is projected to make $20 million less than Betts in arbitration and is under team control through 2022. Of course, with the Mets, it all comes down to whether or not ownership is willing to spend the money. 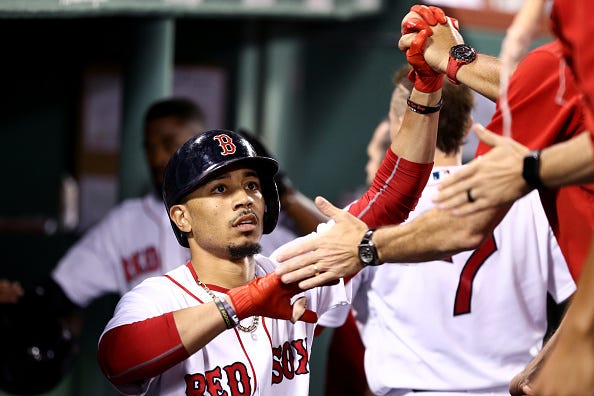 Mookie Betts celebrates with teammates in a game against the Cardinals. Photo credit Getty Images

The Cardinals have built a reputation over the years of trading for a player on the verge of free agency and getting him to sign an extension. They most recently did it with Paul Goldschmidt and have previously deployed that tactic — not always successful — to players like Jason Heyward, Matt Holliday and Scott Rolen and even others before him going back another decade. Trading for Betts fits with that strategy, and they will need the outfield help if they cannot re-sign Marcell Ozuna, who already rejected the team’s qualifying offer.

The Cardinals probably won’t deal any of their young pitchers who burst onto the scene in 2019, but they do have two legitimate catching prospects in Andrew Knizner and Ivan Herrera and could potentially trade one of them. However, if Betts refuses to sign an extension with the Red Sox it’s hard to envision the Cardinals topping any offer Boston gives, which could steer the Cardinals away from such a deal. 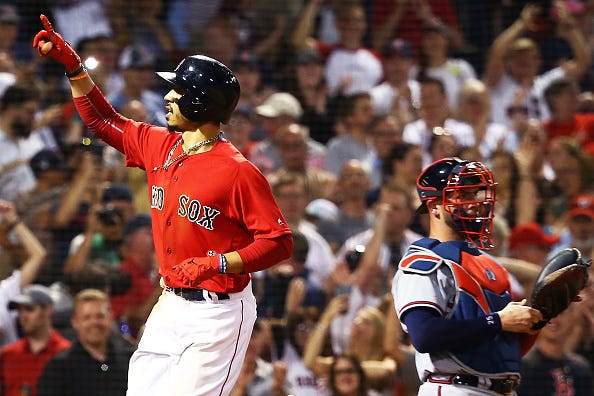 The Braves continue to struggle in the playoffs and need a piece to put them over the top, and Betts could be it. Josh Donaldson, who made $23 million last season, is a free agent and is not returning, so Atlanta has money to spend. They also have one of the best farm systems in baseball to make a deal.

The Braves’ two top prospects — Cristian Pache and Drew Waters — are both outfielders and could get the conversation started on a potential trade. They also have catcher William Contreras, the younger brother of Cubs catcher Willson Contreras. 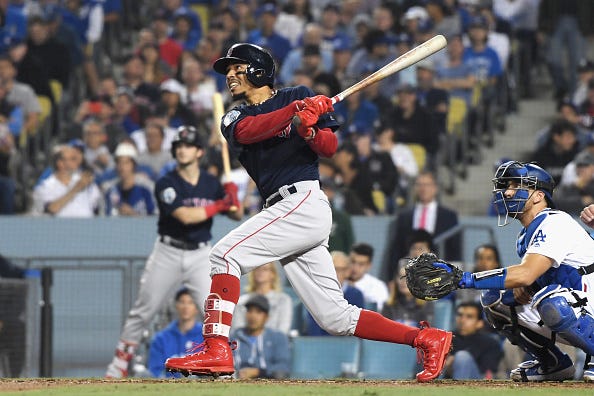 The Dodgers may be the best fit available for Betts. They are contenders, they have one of the best farm systems in baseball, and they have spent big on rental players in the past in an effort to win a championship now. After last season’s disappointing NLDS ouster, the Dodgers are not going to want to sit idly by this offseason. Betts helped beat Los Angeles in the World Series two years ago, and adding him to an outfield with Cody Bellinger would only make them that much stronger come October.

With Will Smith looking like a rising star at catcher, the Dodgers could make top catching prospect Keibert Ruiz available. Pitching prospects Josiah Gray and Tony Gonsolin could also be in play, or perhaps Los Angeles would send middle infield prospect Jeter Downs to Boston. 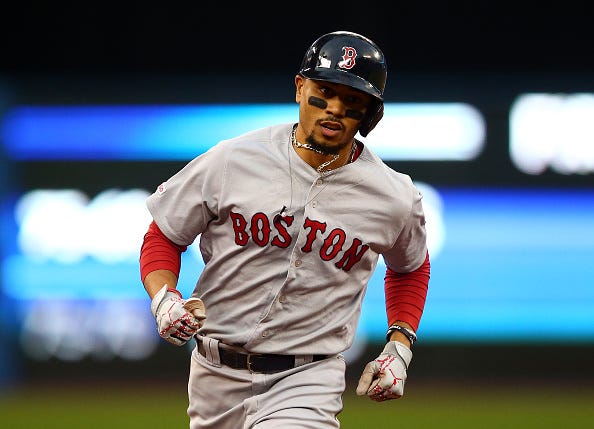 In reality, teams may not want to part with its top prospects unless they know for sure they could re-sign Betts long-term. The Red Sox and Betts are already negotiating, and while things have not progressed toward a deal, it still puts them in the best position to have Betts for the 2020 season. Yes, the Red Sox are looking to slash payroll, but Betts may be too integral to the team’s success to part ways. If they find a way to sign him long-term, they would have to cut the fat elsewhere, but at least they would have their star player to build around.