What are the greatest hats in the history of Major League Baseball? In this RADIO.COM Sports gallery, we set out to find the best caps that have been worn since the outset of the league, a task that certainly led to some notable snubs. 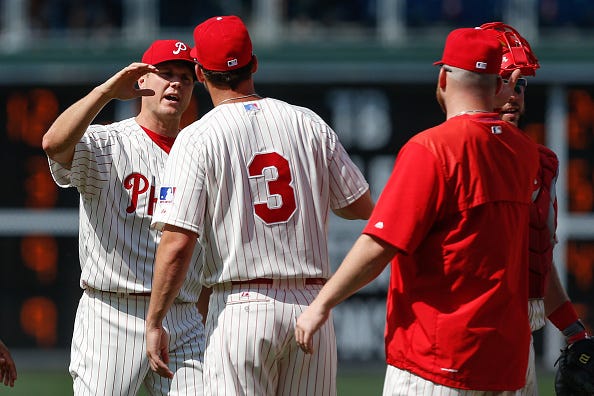 The Phillies have a strong look currently, but the subtle differences in the look they wore in the 1950s and 1960s made for the most aesthetically-pleasing appearance that the franchise has ever had. The more cartoonish "P" with the white button on top of the hat is one that the Phillies should consider wearing on a more regular basis again. 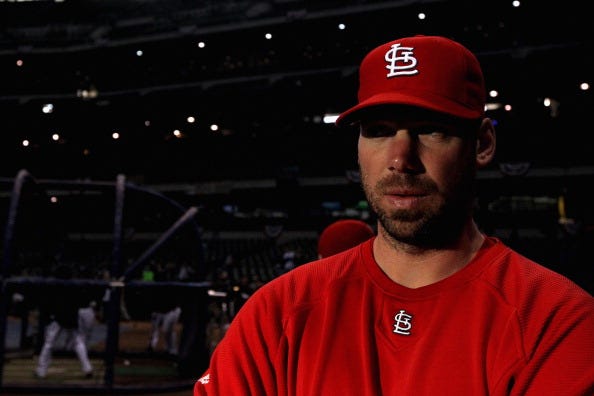 It's quite the accomplishment for a hat to be so flexible that it looks as good in 2020 as it did with the powder blue uniforms of the 1980s. Here we are, though, as the Cardinals home caps are one of the most versatile in baseball history. We'd like to give an honorable mention to the Cardinals' alternate navy blue hat, which features a red brim and a Cardinal perched on top of a baseball bat and is a fun change of pace. 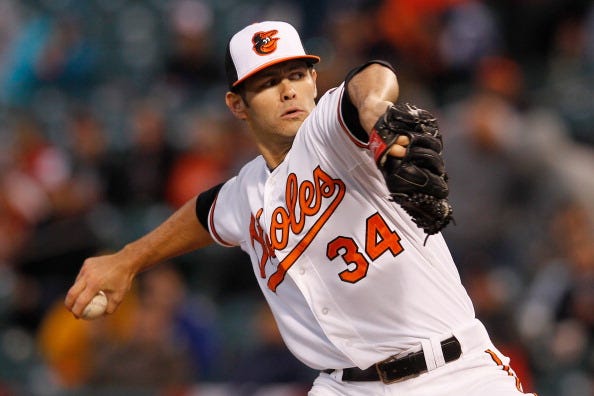 In 2012, the Orioles ditched the realistic looking bird, and reintroduced a more catoonish looking bird on the front of a white, black and orange cap. This hat strikes the perfect balance between being unique, but not looking like one that should be worn at the high school level, rather than in the majors. Additionally, the Orioles "O's" alternate cap is one of the best in baseball currently. 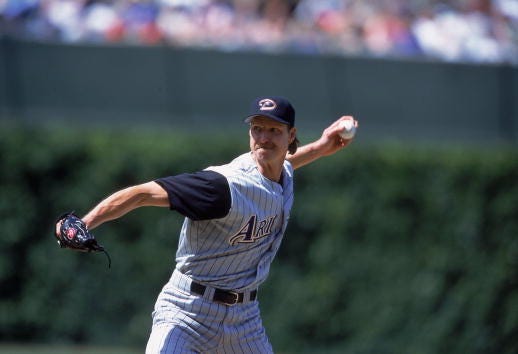 We may all go to our graves wondering why the Diamondbacks ever rebranded from their initial look, which was heavy on purple and teal. However, while the home uniforms are justifiably more popular, the black road hats - which were introduced in 1999 and feature a snake in the shape of a "D" - are one of the best of the modern era. From 2007-2015, the Diamondbacks continued to wear a hat based off of this design, although it lost it's appeal when the primary hat color was shifted to burnt orange. 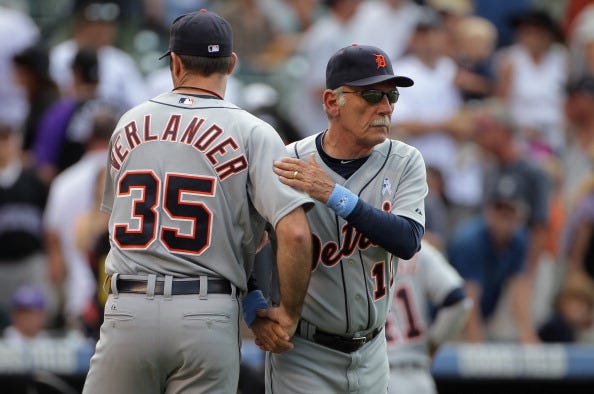 If you feel that the Tigers' navy blue home hats with a white "D" - worn in a majority of seasons since the 1920s - is more deserving of being here, you won't get an argument from us. That said, the Tigers tried to make a hat with an orange "D" work during the 1940s and 1950s and finally got one to stick as their primary road hat beginning in 1999. This uniform, highlighted by the hat, came in at No. 5 when we ranked the greatest uniforms in MLB history. 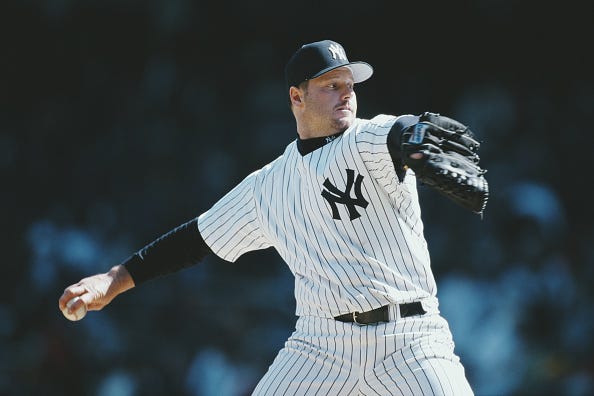 Roger Clemens is among the Yankees who have worn the team's iconic hats. Photo credit (Al Bello/Getty Images)

The "NY" on the pinstriped jersey chest would come along later, but the Yankees haven't moved away from their primary cap since the 1913 season. That means a variation of the team's current hat has been along for for all of the 27 World Series titles that the Yankees have won in their franchise's history. 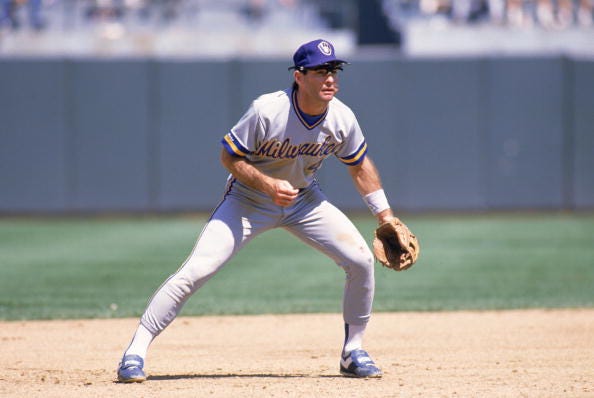 There's a subsection of the internet that didn't become aware until recently that the Brewers' iconic baseball glove logo features an "M" and a "B" in the shape of the glove. Those of us who moved past that revelation some time ago continue to remain shocked that the Brewers ditched this as their primary logo in 1994. While we preferred the lighter shade of blue that the Brewers utilized on a regular basis when they were in the American League, we're encouraged to see that the team has brought back the baseball glove logo as their primary one for the 2020 season and it will again be featured on all of the team's hats. 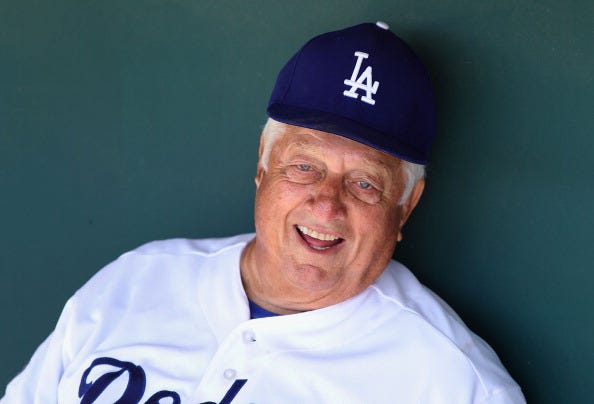 Though there was thought given to the idea of putting the Brooklyn Dodgers' cap on here, the "LA" logo is cooler. Sure, this hat is iconic in baseball circles, but in popular culture it has become a symbolic representation of the West Coast as a whole. The Yankees' hat is the only one that can claim to have the same level of cultural reach as the Dodgers'. 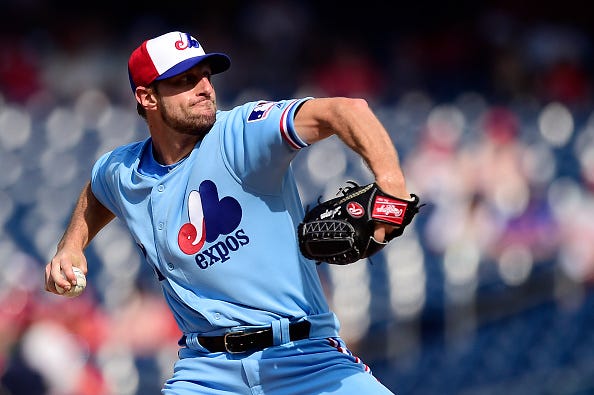 The Expos may not have had a ton in the way of notable team success during their 35-year existence, but they always looked great. The team's logo was an "M" that also featured a lowercase "e" in red. Arguably the greatest logo in the sport's history looked even cooler on the team's red, white and blue caps. The Washington Nationals wore these hats in the summer of 2019, and we can confirm, they've passed the test of time.