Nothing quite matches the intensity of October baseball, with every pitch carrying weighted meaning. While pressure moments can sometimes bring out the best, it can also bring out the worst in players and teams. Over the last decade, there have been several moments and series where teams have underachieved and singular moments have cost teams dearly.

Here are some of the worst postseason failures from 2010: 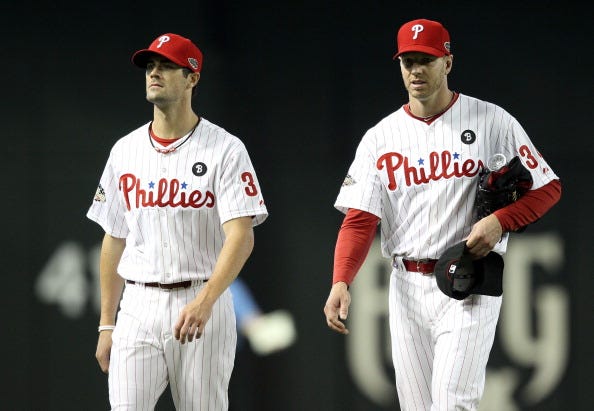 The 2011 Philadelphia Phillies were unquestionably baseball’s best team, winning 102 games and entering the postseason with a daunting rotation of Roy Halladay, Cliff Lee and Cole Hamels. Yet, they could not make it past the St. Louis Cardinals in the NLDS despite taking a 2-1 series lead.
They lost the next two games, including a Game 5 at home in which Halladay was outdueled by Chris Carpenter in a 1-0 affair. 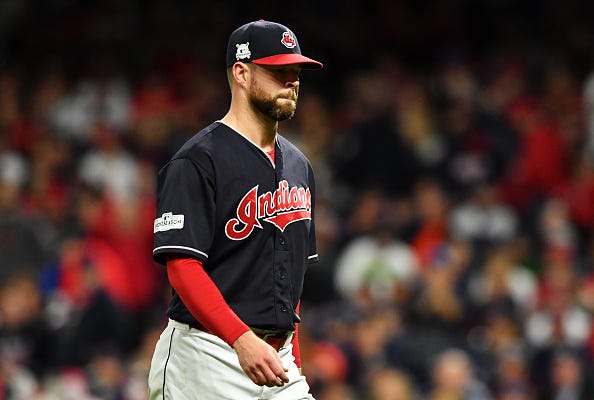 This was going to be Cleveland’s year. After falling just short of winning the World Series in 2016, the Indians went on the second-longest winning streak in MLB history, rolling off 22 straight wins in the regular season and took an early 2-0 lead on the New York Yankees in the ALDS. But the Indians lost the next two games at Yankee Stadium and returned home for a Game 5 with ace Corey Kluber on the mound, only for him to last 3.2 innings in a 5-2 loss.

This was only night one of the #postseason.

The Milwaukee Brewers had lost reigning NL MVP and right fielder Christian Yelich three weeks before the start of the 2019 playoffs due to a fractured kneecap, but Milwaukee was poised to advance to the NLDS without him. They were four outs away from defeating the Washington Nationals in the NL Wild Card game, but hard-throwing reliever Josh Hader got himself into a bases-loaded jam with a 3-1 lead in the eighth. He was one out away from escaping when he allowed a single to right field to Juan Soto.

It should have only scored one run to keep the game at 3-2, but rookie Trent Grisham was playing deep and as he came in charging at the ball, he misplayed it and the ball went behind him, allowing the go-ahead run to also score. The Nationals closed out the game in the top half of the inning and Grisham, who was in for the injured Yelich, was the game’s goat. 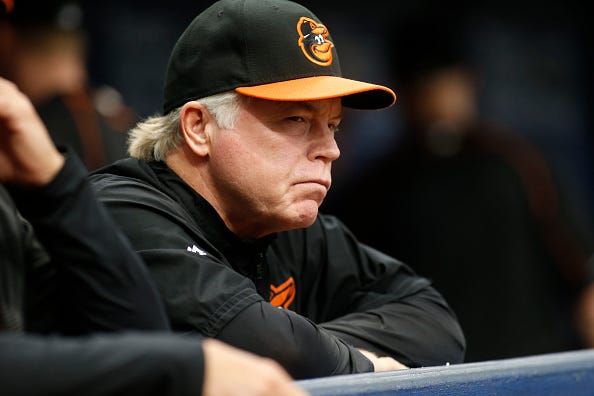 Zack Britton had one of the best seasons as a reliever in 2016, pitching to a microscopic 0.53 ERA and league-leading 47 saves. Yet, when the Orioles were in the AL Wild Card game against the Toronto Blue Jays on the road, Britton was never called upon to enter the game. After Orioles manager Buck Showalter used his typical setup men— Brad Brach and then Darren O’Day — in the ninth and 10th inning he opted for Brian Duensing to start the 11th. When he got the first out, Showalter curiously called on starting pitcher Ubaldo Jimenez and his 5.44 ERA to enter the game. Three batters later, he gave up a walk-off home run to Edwin Encarnacion to end the game and the Orioles’ season.

In honor of the Nationals return to the postseason, I give to you the 9th inning of Game 5 of the 2012 NLDS. Enjoy. pic.twitter.com/XqENx4GGqX

For the first time in 79 years, postseason baseball was back in Washington D.C. as the Nationals had the best record in MLB in 2012. The St. Louis Cardinals were up first in the NLDS, but by the third inning of Game 5 it appeared to be over for the defending World Series champs. The Nationals were up 6-0 — a lead no team had ever blown in a winner-take-all game. But the Cardinals climbed back and entered the ninth inning down 7-5. Nationals closer Drew Storen allowed a leadoff double before getting the next two batters out. That’s when it all fell apart. Storen allowed back-to-back walks and then Daniel Descalso singled off shortstop Ian Desmond’s glove to tie the game. Pete Kozma then poked a single into right field to score the go-ahead runs and the Nationals lost in one of the most excruciating ways imaginable. 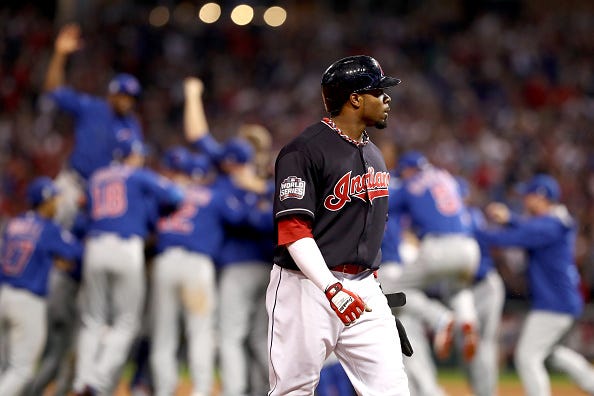 The 2016 MLB postseason seemed destined to end the Cubs’ 108-year World Series drought, but the Cleveland Indians were looking to end a drought of their own. The Indians took a surprising 3-1 lead on the Cubs and were one win away from winning their first World Series since 1948. They lost 3-2 in Game 5. In Game 6, the Indians never receovered after Lonnie Chisenhall and Tyler Naquin let a fly ball drop between them in a three-run first en route to a 9-3 loss. In Game 7, the Indians rallied back from being down 5-1 to tie the game at 6 apiece on an eighth inning home run from Rajai Davis, only to let the game slip away in the 10th in an 8-7 defeat.

The Texas Rangers were just one out away from winning the 2011 World Series when David Freese was up with two runners on and trailing 7-5. Freese skied a ball to right field to Nelson Cruz, which should have been the final out. But Cruz, not known for his defense, was not playing deep enough and slowly drifted to the wall where he lept but whiffed at catching a ball that hit the base of the wall and tied the game up. Cruz appeared as if he would be exonerated, though, when the Rangers took the lead in the top of the 10th on a two-run home run by Josh Hamilton. They were one out away again in the 10th before Lance Berkman tied the game back up, 9-9-. In the 11th, David Freese hit a walk-off home run to force a Game 7, which the Cardinals won.