Major League Baseball gives out some of the most lucrative contracts in all professional sports.

Just these past few years we've seen Mike Trout ink a record $430 million deal, while Gerrit Cole's $324 million contract was the largest ever for a pitcher.

Those players are still in the infancy of their new deals, though, and have yet to crack the top 10 on this list. Like the richest NFL and NBA players, the ones who did make the cut have complemented their mega contracts with endorsement deals, business ventures or just simply accumulated a ton of wealth over a long period of time.

As contracts continue to grow, this list will surely look fresh in the next few years, but here are the top 10 richest MLB players ranked by their net worth:

NOTE: Most recent data compiled was used from therichest.com and spotrac. 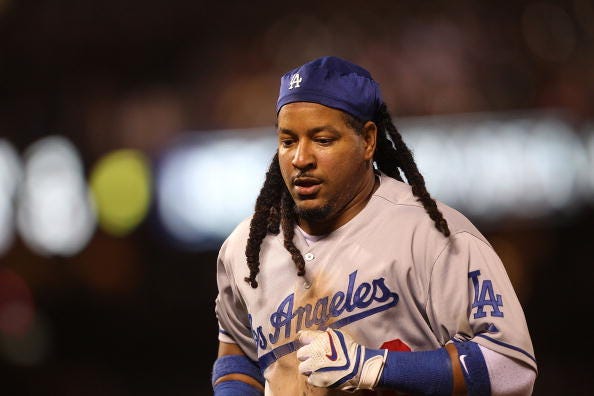 Despite the cloud of performance-enhancing drugs hanging over his career, Manny Ramirez remains one of the richest players to have played the game. The slugger was a two-time World Series champion, graced the cover of MVP Baseball 2005, and earned an estimated total of $229 million in salary alone during his playing career. 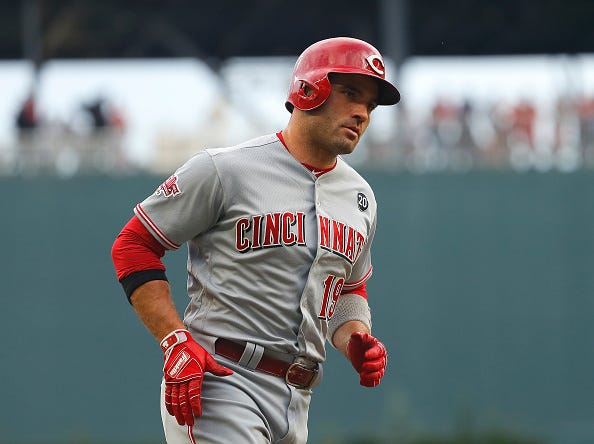 Joey Votto is among the most handsomely paid active MLB players in the game. He scored a 10-year, $225 million contract extension in 2014 and will make a base salary of $25 million per year through 2023. He was the NL MVP in 2010 and is a six-time All-Star who has endorsement deals with Nike and Rawlings. 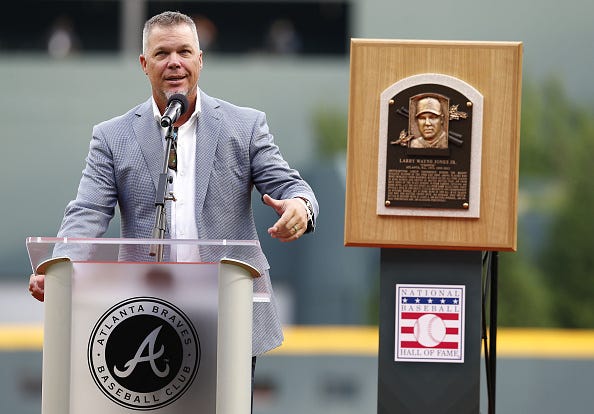 Chipper Jones put together a Hall of Fame career, and was inducted into Cooperstown in 2018, but his largest contract was $90 million. Yet, Jones has successfully built a great amount of wealth outside of baseball. He has had endorsement deals with Wendy's and Coca-Cola, and has sold many of the million-dollar homes he owns in recent years. 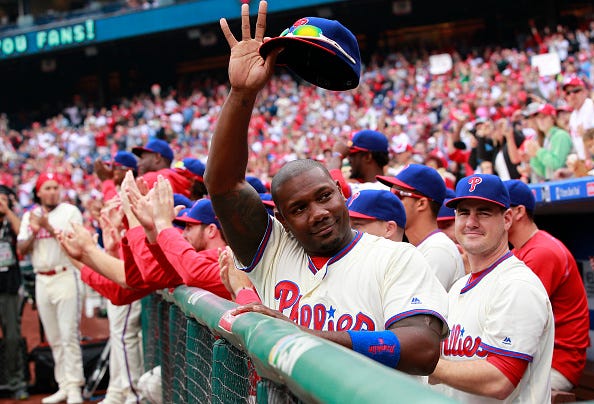 Ryan Howard may not have had the lengthy career as others on this list, but he certainly took advantage of his window of greatness. Howard was the Rookie of the Year, MVP and World Series champion in his first four seasons, parlaying that into a $125 million contract and a ton of endorsement deals. Howard was one of the most marketable athletes in the late aughts, appearing in Subway commercials and on the cover of MLB 08: The Show, along with several other endorsements. Since retiring, Howard has become an analyst on MLB Network. 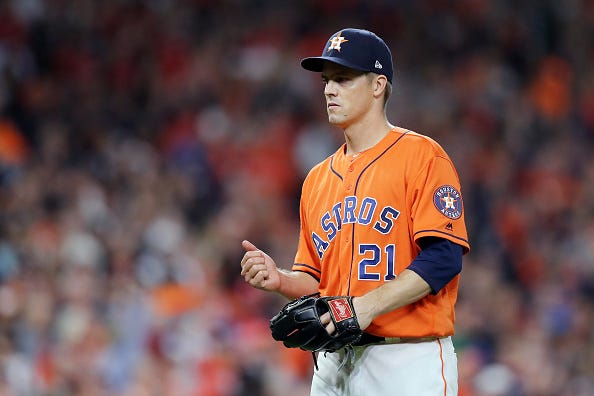 Surprisingly, Clayton Kershaw, CC Sabathia and Justin Verlander all fell short of this list, but not Zack Greinke. The 36-year-old right-hander has one of the highest annual average salaries in the league, making a base salary of $32 million plus another $3 million from his signing bonus, which ranks him as the second-highest paid pitcher in baseball behind Cole. Greinke has not done a whole lot in endorsements, but has earned an estimated $217 million in salary throughout his career. 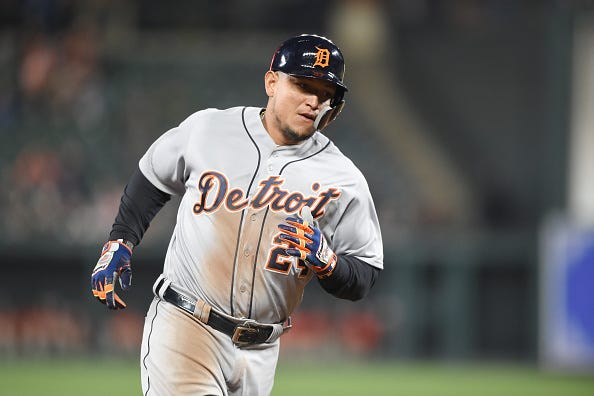 Miguel Cabrera is a sure-fire lock for the Hall of Fame, winning two MVP awards and in 2012 became the first player since Carl Yastrzemski in 1967 to win MLB's Triple Crown. Cabrera signed an eight-year, $152 million contract with the Tigers in 2008, and when that expired he nearly doubled his salary with a new eight-year, $248 million contract in 2016, making him one of the richest players in the game. 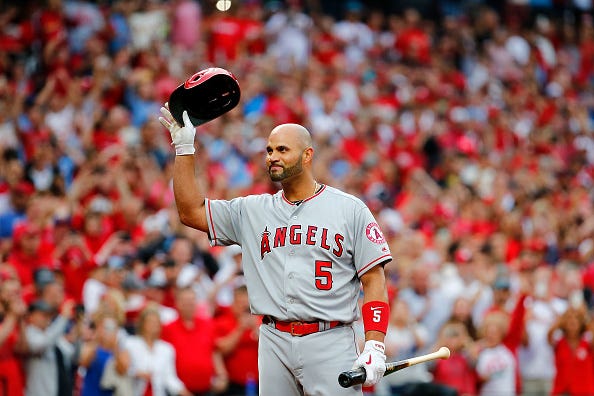 Albert Pujols has put together an incredible Hall of Fame-worthy career, winning three MVP awards in 19 seasons in the majors. He signed one of the richest contracts in the sport when he inked a 10-year, $240 million deal to join the Los Angeles Angels in 2012. Pujols has earned an estimated $298 million in salary throughout his career, and has endorsements to go along with that. 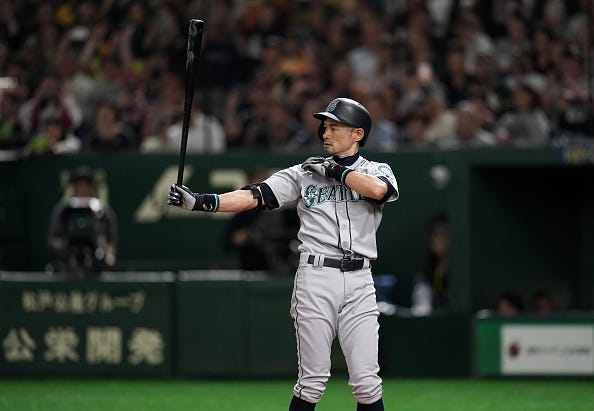 Ichiro is arguably the biggest international star in the game. He accumulated more than 4,000 career hits in both Japan and the U.S. combined, and won the MVP and Rookie of the Year award in his first season with the Mariners. While he had some endorsement deals in the U.S., Ichiro was a star in Japan, promoting several products in his home country that helped him acquire an additional amount of wealth. 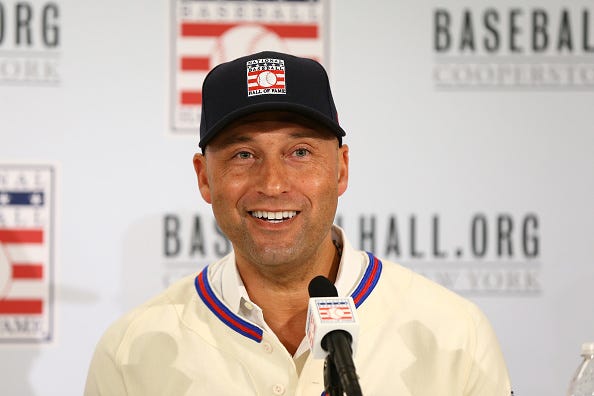 Derek Jeter is one of the most successful baseball players on and off the field. He won five World Series titles and was captain of the New York Yankees, making him one of the most recognizable faces in all sports. He was one of the most marketable athletes, scoring endorsement deals with Ford, Mastercard and several other big brand-name companies, as well as earning an estimated total of $266 million in salary throughout his 20-year career. He invested $25 million to buy the Miami Marlins, where he currently serves as the team's CEO and co-owner. 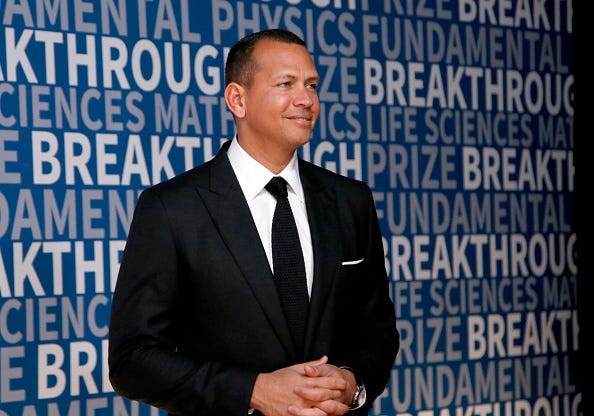 No player embodies wealth in the sport of baseball more than Alex Rodriguez. The slugger signed two of the largest deals in MLB history at the time, and earned an estimated $450 million in salary alone throughout the course of his career. A-Rod has had multiple endorsement deals in his career, and continues to prosper since his retirement in 2016 with his company, A-Rod Corp., and broadcasting career with Fox Sports and ESPN. Rodriguez was recently reported as having interest in buying the New York Mets.