A 60-game regular season means we have not had the proper amount of time to separate the elite from the very good, meaning we have a crowded race in many regular season award categories, none more intriguing than the National League Cy Young.

At least eight candidates can consider themselves in contention for the award. Candidates range from Jacob deGrom, looking for this third straight Cy Young, to Corbin Burnes, who has emerged from a relative unknown in Milwaukee this season.

With the season wrapping up this weekend, we look at the case for and against each of the Cy Young candidates: 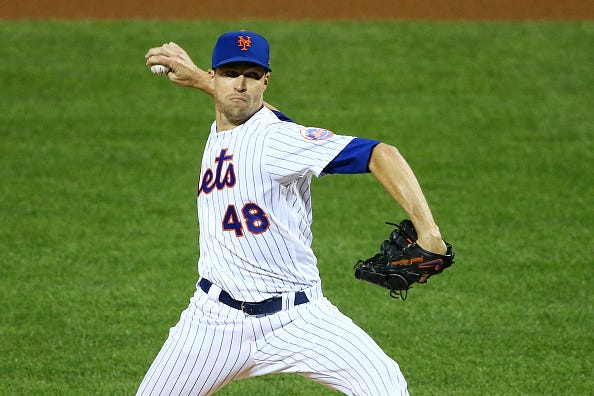 The case for deGrom: The two-time defending NL Cy Young Award winner is seeking his third straight and it is hard to argue that he is not the best pitcher in the league for the third consecutive year. His 94 strikeouts are leading the league and his 2.14 ERA comes against teams in the AL and NL East which include outings against above-average offenses such as the Braves, Phillies, Blue Jays and Rays. DeGrom has one more start remaining, and another strong outing should solidify him.

The case against deGrom: The writers get bored with him? It is hard to find a weakness here, but if you are looking for something you can point to four straight outings against a below-average Marlins offense whose .712 OPS ranks in the bottom third of the league. Still, the Marlins may be a playoff team and their team OPS does rank higher than six different Central teams, which could give deGrom an edge over contenders like Yu Darvish, Corbin Burnes and Trevor Bauer.

Jacob deGrom has thrown 100% of his innings against teams that rank in the top 60% of MLB in runs scored per game.

That number is 11% for Trevor Bauer, 10% for Yu Darvish and 7% for Corbin Burnes (they've each faced the White Sox once).

Next start: Saturday vs. Nationals 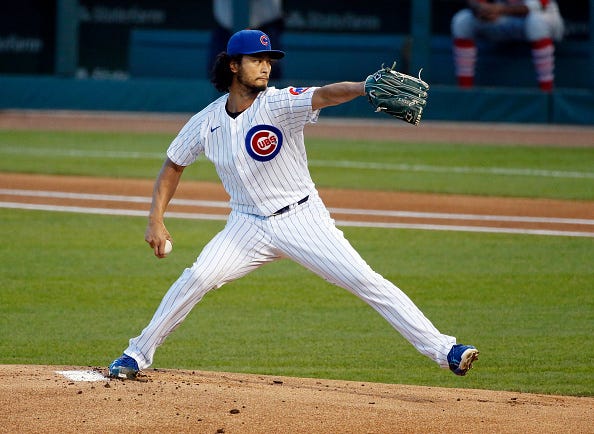 The case for Darvish: The Cubs ace has arguably put together the best season of his career and has done so by playing an integral role in Chicago clinching the NL Central. He has pitched the most innings out of any of the other contenders, with only teammate Kyle Hendricks and Rockies’ German Marquez having pitched more this season in the NL. He struck out 10 and allowed one earned run to a White Sox team that boasts the most potent offense in the Central, and has thrown two one-hit outings over seven innings.

The case against Darvish: He still falls short of deGrom in both standard and advancing pitching statistics. While he shut down a potent White Sox lineup, only the Twins rank in the top half of the league in OPS and wRC in the Central, and he had his worst outing against them, allowing four earned runs on nine hits over six innings. Both of those teams are in the AL Central, too, meaning most of Darvish’s starts came against the much weaker NL Central lineups. 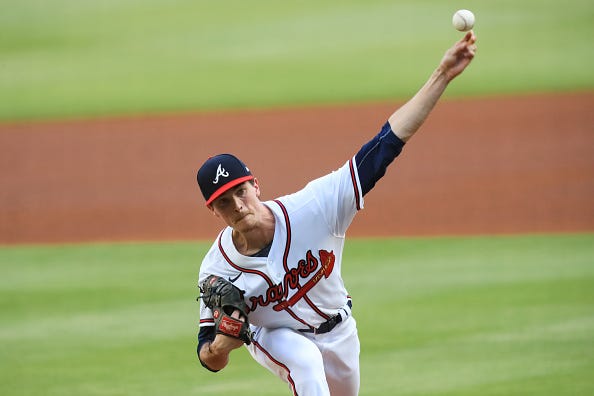 Max Fried fires away during a game for the Braves. Photo credit Getty Images

The case for Fried: The Braves southpaw had to step up in a major way once Mike Soroka went down, and he did as the Braves have gone 9-1 in his 10 starts. His K/BB ratio leads all contenders, he has not allowed a single home run and his adjusted ERA+ is better than deGrom and Darvish, although still ranks third in the NL. If you want to get really deep into the analytics, batters have a 22.1 hard-hit percentage against Fried – fourth-lowest in the majors – and a 7.7 swing percentage which ranks first among all NL starters. All this while pitching against the aforementioned superior NL and AL East lineups.

The case against Fried: Fried missed a start with a short IL stint, and in a truncated season that could weigh against him. His K/9 ratio is also not nearly quite the levels as the others and while he has the ERA and WHIP to support and impressive 7-1 record, wins don’t carry as much weight as they once did.

Next start: Wednesday vs. Marlins 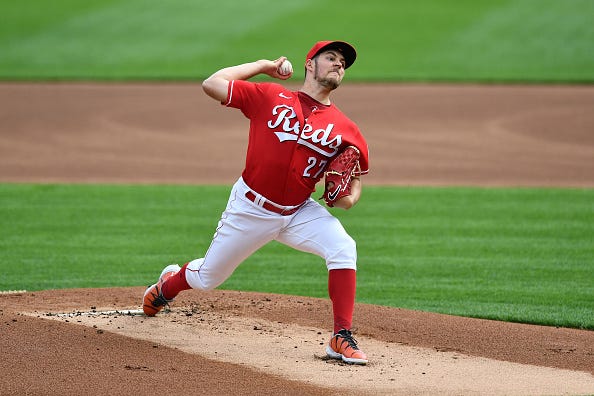 The case for Bauer: He leads the majors in WHIP as well as one of the more advanced statistical categories, ERA+, which takes a player’s ERA and normalizes it across the league accounting for external factors such as ballparks and opponents. Opponents are also hitting just .161 – second-best in the majors.

He is pitching on short rest Wednesday, meaning he could get two more starts in before the season ends on Sunday. If he turns in stellar outings on short rest to help the Reds get into the playoffs, that could be a wild-card factor when weighing his Cy Young chances and perhaps leapfrog him over others in a few key categories.

The case against Bauer: He’s struggled with the long ball, allowing nine home runs this year, and still trails guys like deGrom and Burnes in K/9 ratio. As mentioned earlier, the NL Central is among the weakest-hitting divisions in baseball, although Bauer’s ERA+ is certainly a good argument against that. Pitching on short rest the next two starts could also backfire on Bauer, causing him to drop in key categories.

Next start: Wednesday vs. Brewers 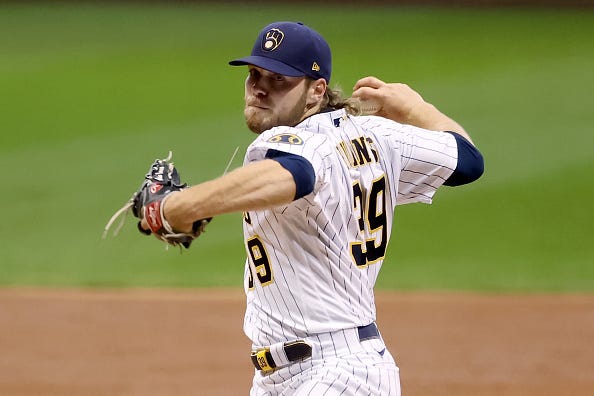 Corbin Burnes rears back to throw a pitch for the Brewers. Photo credit Getty Images

The case for Burnes: The Brewers right-hander is having a breakout season and is leading the league in ERA and FIP (Fielding Independent Pitching), the latter an advanced statistic that measures events the pitcher has the most control over – strikeouts, walks, hit-by-pitches and home runs. Opponents are hitting a microscopic .158 against him, which leads the league. His K/9 ratio trails only deGrom and his ERA+ comes in just behind Bauer, giving him as strong a case as anyone.

The case against Burnes: It sounds like a broken record at this point, but again, the NL Central boasts a weaker lineup and Burnes has only faced two lineups that rank in the top half of home runs, runs, OPS or wRC+. This might be getting a bit nit-picky, but Burnes doesn’t pitch deep into games either, pitching into the seventh inning just once this season.

Next start: Thursday at Cardinals 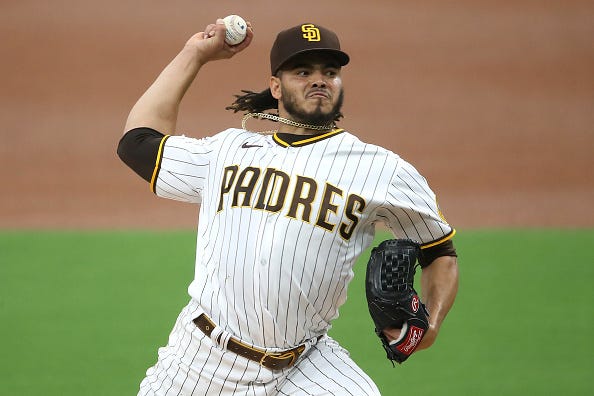 Dinelson Lamet fires away during a game for the Padres. Photo credit Getty Images

The case for Lamet: Many casual baseball fans may be wondering who is Dinelson Lamet? The 27-year-old has emerged for the Padres this year as an ace and one of the best pitchers in the National League. He ranks third in the NL in opponent batting average (.161) and strikeouts (89). Against the Dodgers, arguably the best lineup in baseball, Lamet is 1-0 with a 1.42 ERA, including an 11-strikeout performance over seven innings on Sept. 14.

The case against Lamet: While he is enjoying a breakout season and is in the thick of major categories, he still is not leading any singular one. There also may be some East Coast bias that comes into play, as many may not be familiar with Lamet and what he brings to the table. 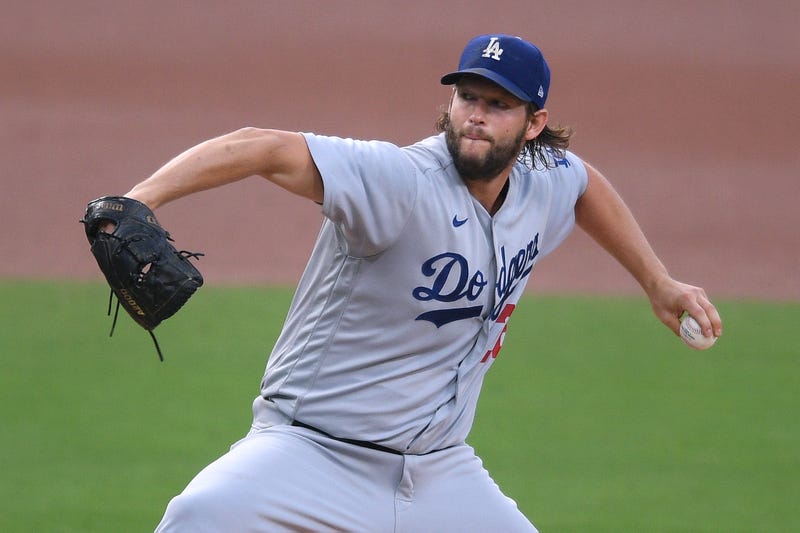 The case for Kershaw: Per FanGraphs, Kershaw has not yet reached the minimum qualified innings yet, but when he does he will be leading the league in WHIP and will be fourth in K/BB ratio – while leading all Cy Young contenders in that category.

The case against Kershaw: We’ve seen Kershaw in the prime of his career and the bar is high, and this is not quite the Kershaw of old. His strikeouts are low and his innings are low as well, but he still continues to be in the mix as one of the best pitchers in the league.

Next start: Friday vs. Angels 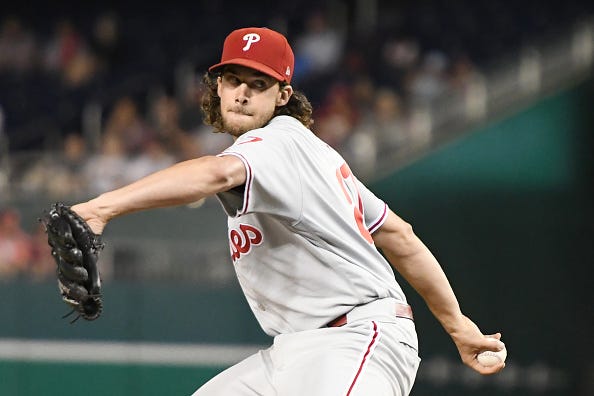 The case for Nola: The Phillies ace has continued to dominate with the second-most strikeouts in the NL and a K/9 ratio that ranks just behind Bauer and ahead of Darvish, putting him in the conversation. Opponents are hitting just .194 against him and he has gone up against some of the toughest lineups in the league, including a 12-strikeout performance against the Yankees earlier this year.

The case against Nola: Honestly, Nola may have pitched himself out of the conversation in his most recent two outings. His five-run performance against the Mets last week really hurt his chances and his ERA took a big hit. While he is in the mix in many categories, he does not lead the NL in anything. There’s also an argument to be made that Zack Wheeler should be the Phillies pitcher to be considered over Nola as he has not allowed more than three runs in a start, but lacks the overpowering numbers as Nola.