Last offseason was perhaps the most anticipated in MLB history, as both Bryce Harper and Manny Machado reached free-agency at the age of 26. When push came to shove, though, the offseason proved to be like pulling teeth, with both Harper and Machado remaining on the market for over three months.

With Scott Boras - who also represents Harper - the agent of the top three potential free-agents this offseason, similar pace issues may creep up again.

However, there's reason to think that the New York Yankees and Los Angeles Dodgers - the sport's two biggest-market teams, that largely weren't active on Harper and Machado last offseason - are motivated to be aggressive this offseason. Both teams have cores that are ready to win now, and suffered disappointing exits in the 2019 postseason.

With that in mind, here's hoping to a more viewer-friendly winter. The following are the 10 best free-agent options that could become available this offseason: 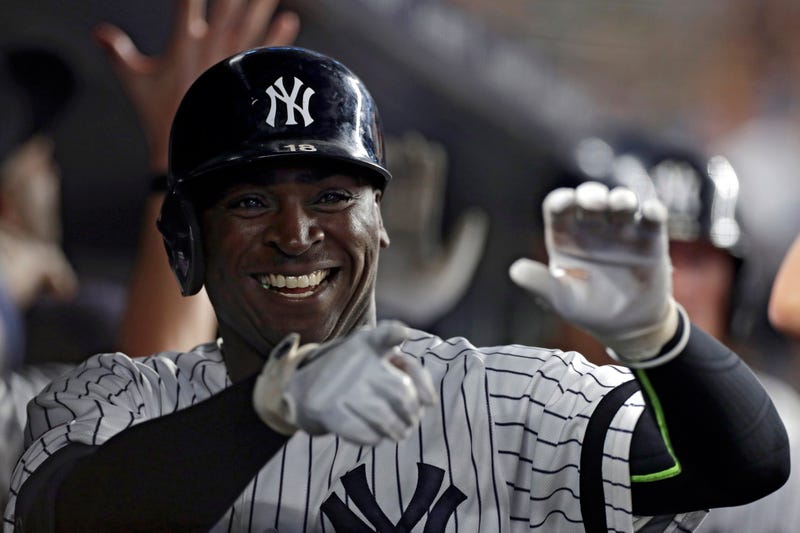 There's a lot of qualifiers here.

Between 2016 and 2018, Gregorius was the seventh-best shortstop in baseball, per FanGraphs. In 2019, he didn't make his debut until June after having Tommy John Surgery. While he would go on to hit 16 home runs and drive in 61 runs in 82 games, he finished the regular season with just a .238 batting average and an extremely underwhelming .276 on-base percentage.

Still, Gregorius won't turn 30 until next February. If he reaches free-agency, and does so without any strings attached, he's going to be an extremely attractive free-agent target.

With Gleyber Torres a natural shortstop, DJ LeMahieu one of the game's elite second basemen, and both Gio Urshela and Miguel Andujar as options at third base, Gregorius is replaceable in New York. That makes issuing a qualifying offer of that value to him too risky. So the guess is that the Yankees allow him to walk in free-agency and invest their resources elsewhere (probably in the starting rotation).

If Gregorius reaches free-agency without a qualifying offer, teams will line up for a chance to to get a Josh Donaldson-type bounce-back year. If he is issued and ultimately declines his qualifying offer (an unlikely, but not impossible outcome), he may find himself waiting past the June MLB Draft to sign a deal like Craig Kimbrel and Dallas Keuchel did in 2019. 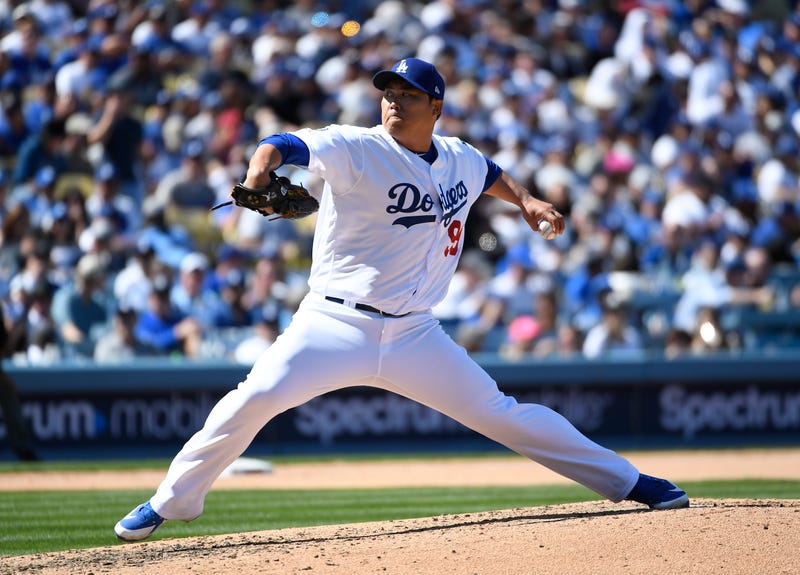 When Ryu has been healthy in his career, he's been an excellent pitcher.

2019 was the best season of his career, as he went 14-5 with a 2.32 ERA, 3.10 FIP and 4.8 fWAR in 182.2 innings for the Los Angeles Dodgers. After accepting the Dodgers qualifying offer last offseason, Ryu can't be offered another qualifying offer, meaning any team that signs him won't have to surrender draft compensation. Of course, the Dodgers may re-sign him ultimately.

The 32-year-old would be a perplexing free-agent. He has a 2.98 career ERA in 740.1 innings. He's coming off of the finest season of his career. At the same time, signing him will require committing money to a pitcher that was limited to just 131.1 innings combined between 2015 and 2017.

Ryu, who started the All-Star Game for the Nationals in 2019, will likely receive a lucrative three-year contract, whether it's from the Dodgers or another team. If he stays healthy, the deal will probably prove to be a steal, because he's been a really good pitcher when at 100 percent. Unfortunately for him, he's been at 100 percent fairly infrequently, which makes him a risky investment as he approaches his mid-30s. 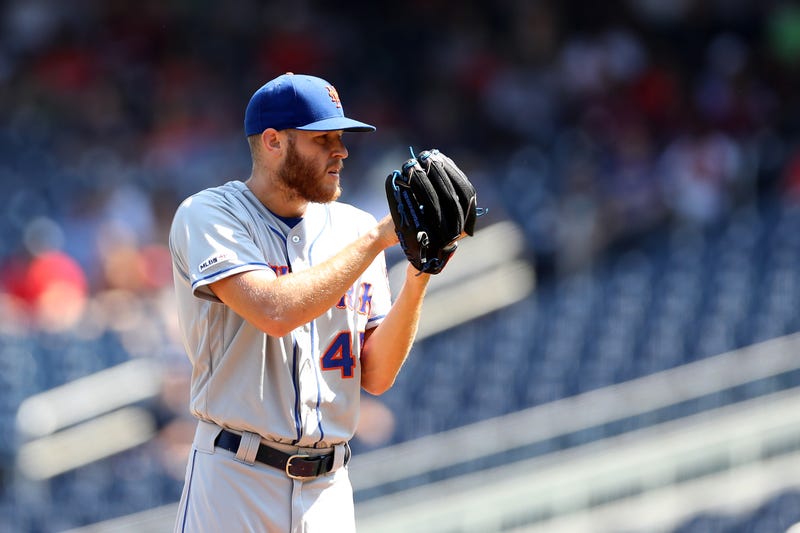 Zack Wheeler, one of the Mets many arms, could exit in free-agency. Photo credit (Rob Carr/Getty Images)

While Houston Astros RHP Gerrit Cole and Washington Nationals RHP Stephen Strasburg are the top two potential pitching free-agents available this offseason (more on them in a minute), Wheeler could become an alternate to teams unable to land one of those two.

The 29-year-old righty pitched a career-high 195.1 innings in 2019, posting a 3.96 ERA, 3.48 FIP and career-high 4.7 fWAR. Over the past two seasons, Wheeler has been worth 8.9 fWAR, which is tied with Philadelphia Phillies righty Aaron Nola for the ninth best mark among all starting pitchers over that time span.

Notably, Wheeler went 9-1 with a 1.68 ERA in 11 starts after the All-Star Break in 2018. That stretch alone is probably enough to convince a potential suitor that the best may be yet to come from Wheeler. And even if his peak is what he's been the past two seasons, that still makes him a very appealing No. 3 for a contending team. 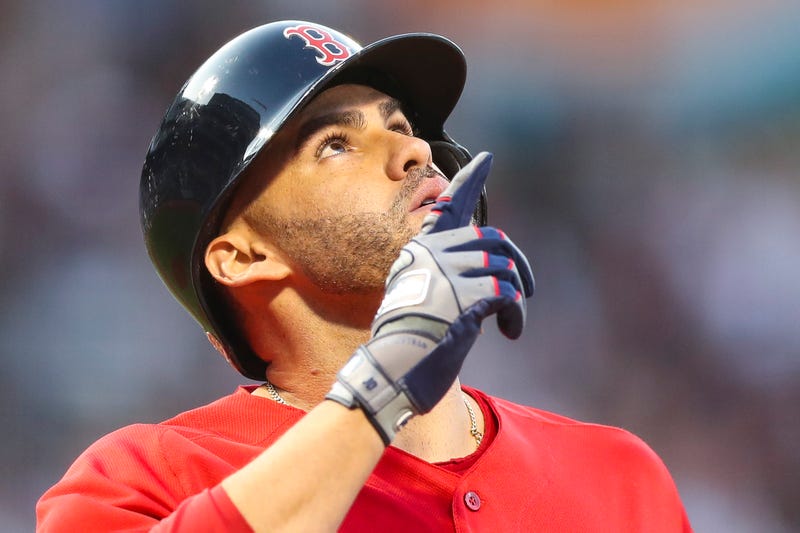 That said, Martinez has the ability to opt-out after both 2020 and 2021 as well. While he can play in the outfield, he's more valuable as a DH, and it's possible he declines his opt-out (as he did last offseason), knowing he still has that option in his back pocket moving forward.

For as successful as Martinez has been in two years with the Red Sox, it would be far from a certainty that he would be re-signed by the team if he does opt-out. The Red Sox are trying to cut costs, and even former American League MVP Mookie Betts, who can be a free-agent after 2020, faces an uncertain future with the team. 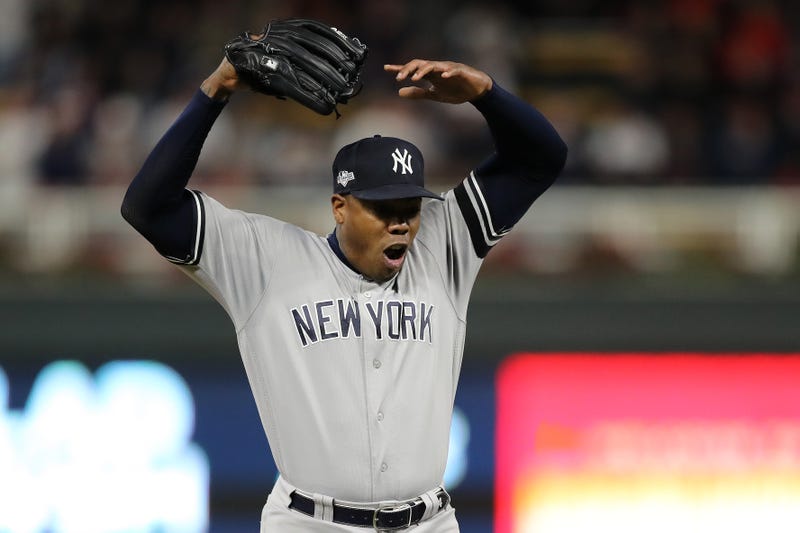 Aroldis Chapman has been one of the era's most dominant relievers. Photo credit (Elsa/Getty Images)

Though the last image of Chapman in 2019 was him standing on the mound at Minute Maid Park watching Jose Altuve trot around the bases after hitting a walk-off home run to end the ALCS, he's a postseason-tested closer that's been one of the era's best relievers.

In his age-31 season, Chapman converted on 37 of 42 save attempts, while posting a 2.21 ERA and 2.28 FIP. Though he doesn't throw quite as hard as he once did, Chapman still averaged over 98 miles per hour on his fastball this past year, which is rather remarkable considering 2019 was his 10th major league season.

Chapman would have to opt-out of the $30 million he's owed over the next two seasons, but it would seem to be a safe bet he could get additional years on a new contract. The only question is whether the Yankees ink him to a new deal before he's able to reach the free-agent market. 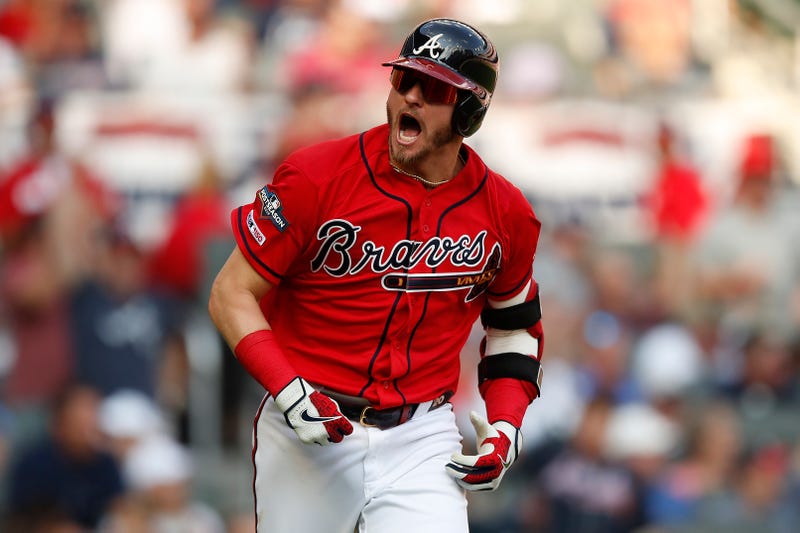 After an injury-riddled season split between the Toronto Blue Jays and Cleveland Indians in 2018, Donaldson bet on himself, signing a one-year/$23 million deal with the Atlanta Braves.

He's going to win that bet.

The former American League MVP hit 37 home runs, drove in 94 runs and walked 100 times in a bounce-back season in Atlanta. He was also tremendous defensively, posting 15 defensive runs saved in 2019, his highest total since 2014, when he was playing for the Oakland Athletics.

Braves general manager Alex Anthopoulos has publicly acknowledged that the team would like to re-sign Donaldson. Certainly, in a highly-competitive National League East, it would be a blow for the Braves to lose a player that was worth 4.9 fWAR in 2019.

On the open market, Donaldson is in position to be a fall-back option for teams that ultimately aren't able to sign Anthony Rendon, the top overall position player on the market. Ahead of his age-34 season, he seems in line for a lucrative three-year deal. 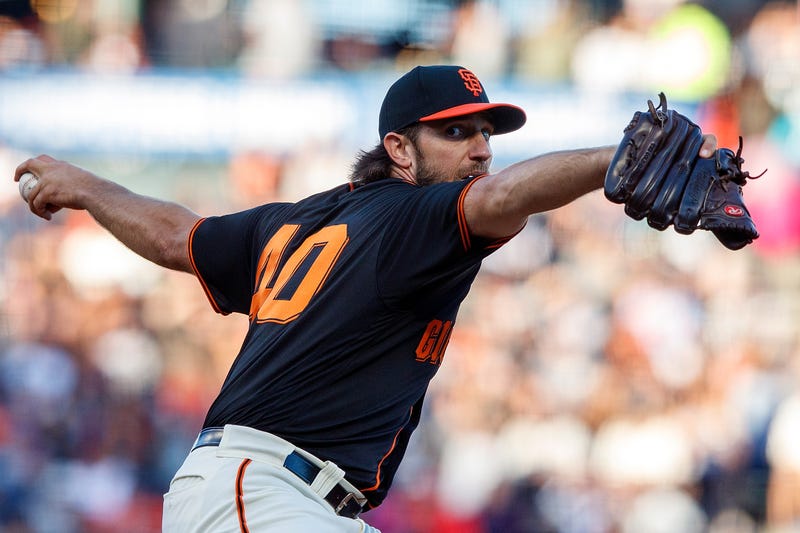 Madison Bumgarner is one of the most successful postseason pitchers in MLB history. Photo credit (Jason O. Watson/Getty Images)

Bumgarner isn't the same pitcher he was in 2015, but saying that almost does a disservice to how effective the lefty remains.

Still just 30, Bumgarner posted a 3.90 ERA, 3.90 FIP and 3.2 fWAR across 207.2 innings in 2019. (2019 was the seventh time in his career that Bumgarner surpassed the 200 innings pitched mark, but the first time since 2016.) That's not the front-line performance that Bumgarner became known for, but it would still make him a valuable middle-of-the-rotation addition for a pitching-needy contender.

Also worth noting: Bumgarner has a 2.11 ERA in 102.1 career postseason innings. His wealth of postseason experience won't hurt his value as a free-agent. 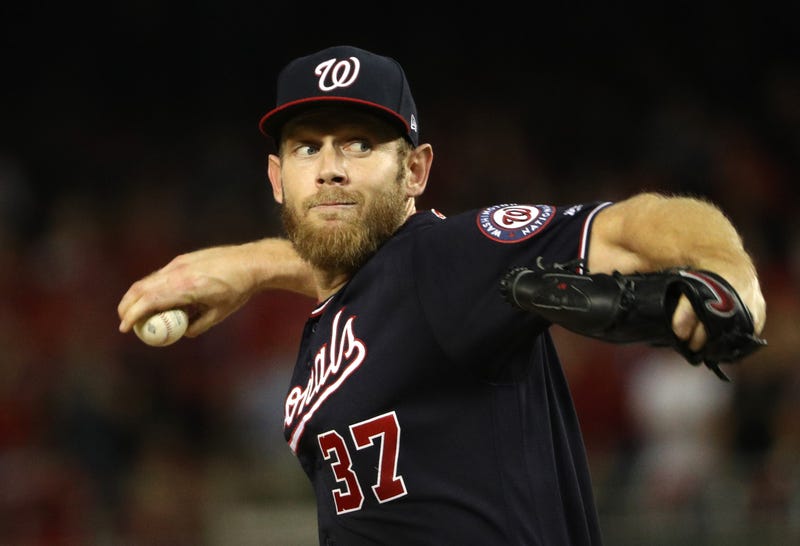 Stephen Strasburg is coming off of one of the best seasons of his career. Photo credit (Patrick Smith/Getty Images)

Said season makes it likely that the 31-year-old opts out of the four years and $100 million that he's owed after the 2019 season. However, Mark Feinsand of MLB.com says that the opt-out may be more procedural than anything, noting that there is a belief around baseball that he'll ultimately re-sign with the Nationals for five or six seasons.

If Strasburg does reach the open market, the New York Yankees, Philadelphia Phillies and the San Diego Padres, his home town team, could all make sense as suitors. 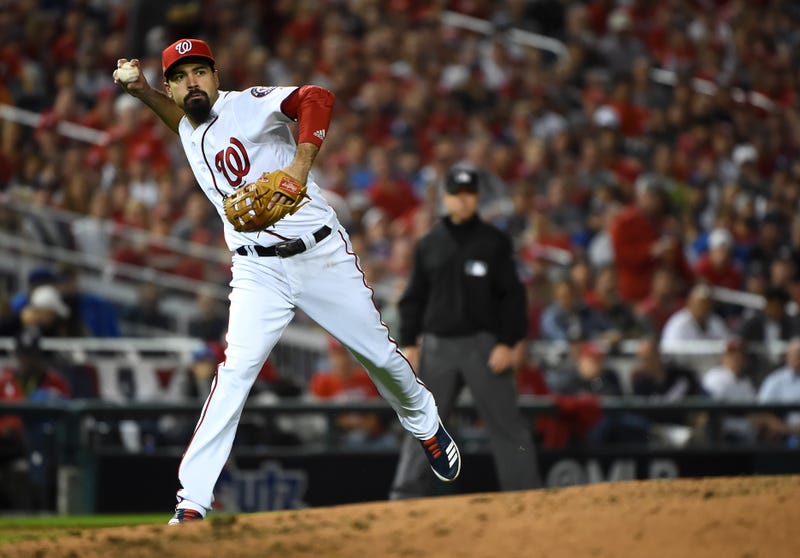 Anthony Rendon had the best season of his career in 2019. Photo credit (Will Newton/Getty Images)

To say 2019 was a breakout season for Rendon would be incorrect - he's been really, really good for some time now. But 2019 was the season that he stepped out of the shadow of the likes of Nolan Arenado, Manny Machado and Matt Chapman, and, at least for a year, claimed the throne as the best third baseman in baseball.

Conventional wisdom is that Rendon, who is represented by Scott Boras, will attempt to top the eight-year/$260 million extension that the aforementioned Arenado sign with the Colorado Rockies in February of 2019. Given that Arenado did that without testing the market, there seems to be a real chance Rendon is successful in that quest.

Rendon is from Richmond, Texas and played his college ball at Rice University. There's been speculation that the Texas Rangers, who are opening a new stadium in 2020, could make a push for Rendon. Barry Svrluga of The Washington Post reported in September that the Nationals have offered Rendon a seven-year deal worth between $210 and $215 million, a sign they intend to at least attempt to retain him. 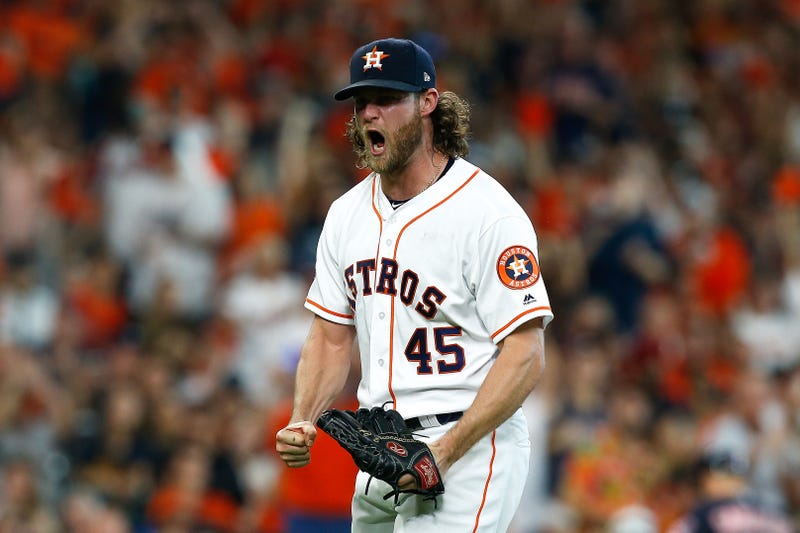 Simply put, Cole is going to be one of the most coveted free-agents in MLB history.

Astros owner Jim Crane suggested that while the team would like to retain Cole, staying under the luxury tax threshold will factor into the equation. If the Astros aren't ultimately willing to make a competitive offer for Cole (or even if they are), there will be a line of other highly-motivated suitors.

RADIO.COM MLB Insider Jon Heyman suggested that he believes the Cole sweepstakes could come down to the New York Yankees and Los Angeles Dodgers after disappointing playoff exits. Bob Nightengale, also a RADIO.COM MLB Insider, mentioned the Philadelphia Phillies as a team he also expects to be involved.

But the team that keeps coming up is the Los Angeles Angels. Buster Olney of ESPN says that some Astros teammates of Cole think he'll ultimately sign with a team that plays in California. Olney went a step further, saying that "industry expectation" is that Cole, who is from Orange County, will sign with the Angels.

Wherever Cole ultimately signs, he's likely to do so for a record-setting amount. The guess here is he'll get at least seven years and $250 million on the open market