You don't have to know Anthony Rendon personally to be able to conclude that 2019 has probably been the best year of his life.

The 29-year-old also led the Nationals to the first World Series title in their franchise's history, as he hit .328 with three home runs and 15 RBIs in 17 games in the 2019 postseason.

Now, as the year winds down, Rendon has new beginnings to look forward to, as RADIO.COM MLB Insider Jon Heyman first reported that the Angels inked him to a seven-year/$245 million contract Wednesday night.

Here are the winners and loser of Rendon's deal with the Halos: 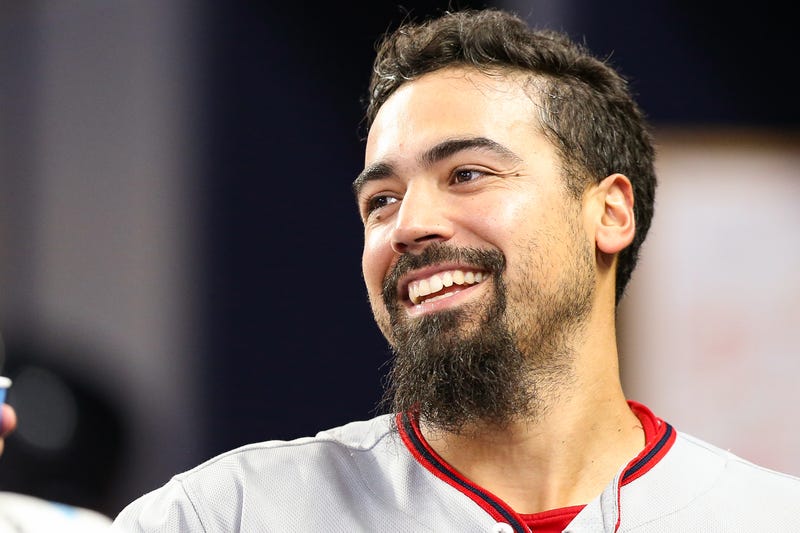 A day ago, we listed the Angels as a loser for not ultimately landing Orange County native Gerrit Cole. While there's still legitimate questions about whether they'll have enough pitching to compete in 2020, a lineup that includes Rendon, Mike Trout and Shohei Ohtani sounds pretty imposing.

They may still end up on the outside looking in on the postseason race in 2020, but it certainly seems like the Angels will post their first winning season since 2015 next year.

As the Joe Maddon era begins, it feels like the Angels are headed in the right direction. It's been some time since that could be said. 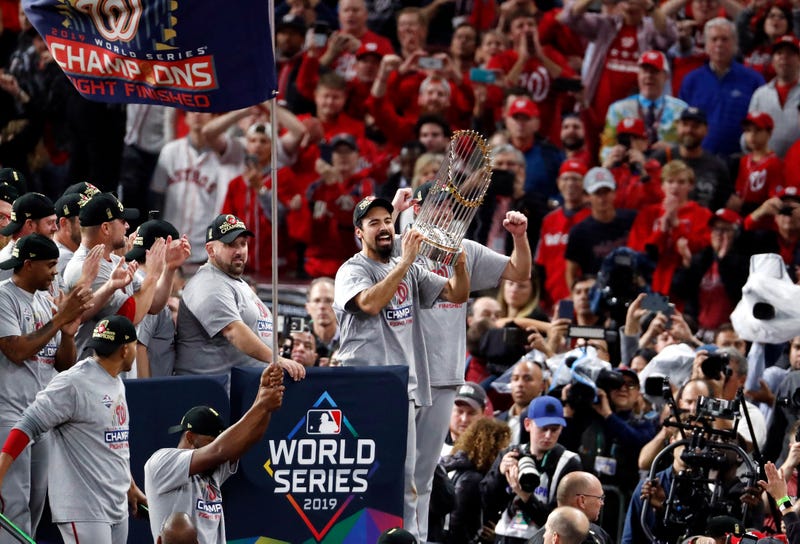 The loss of Rendon wasn't a shock in D.C. - and the Nats did re-sign World Series MVP Stephen Strasburg earlier this week - but losing one of the most productive players in the history of your franchise certainly burns.

Last offseason, former National League MVP Bryce Harper exited Washington in free agency. That said, the Nationals - with young stars Juan Soto and Victor Robles - were more built to withstand that loss than they are in this case.

Even without Rendon, the Nationals still have an elite starting pitching staff and a lineup littered with All-Star caliber talents. But, unless they sign Josh Donaldson or make a trade for a star third baseman, it feels likely that the Nationals take a step back in the highly-competitive National League East in 2020. 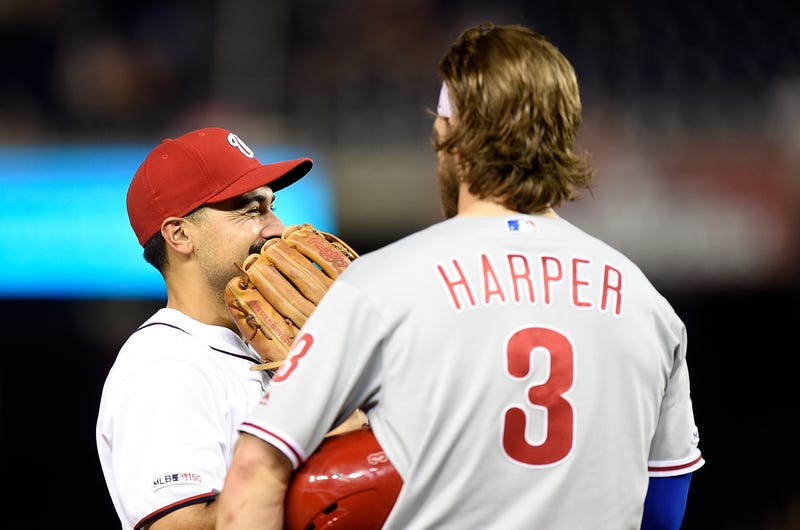 The Phillies have been active this offseason, adding RHP Zack Wheeler and shortstop Didi Gregorius. The Mets have yet to make necessary bullpen upgrades, though they have agreed to terms with free-agent starters Michael Wacha and Rick Porcello.

But, make no mistake, both teams chances of reaching the postseason - be it as the National League East Champions or out of one of the two Wild Card spots - increased Wednesday.

Rendon is out of the National League East, and Josh Donaldson may not be far behind him. Even if the Nationals sign Donaldson to replace Rendon, that would weaken the Atlanta Braves, the defending division champions. 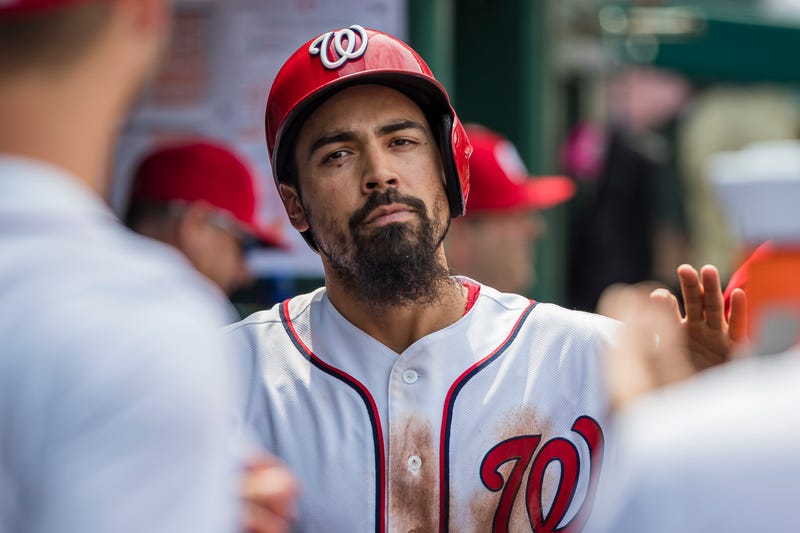 Rendon is from Texas, played his college ball at Rice University and the Rangers are set to move into a new stadium in 2020. Rendon seemed to be a match made in heaven for the Rangers.

Instead, Evan Grant of The Dallas Morning News says that the Rangers "misread the market and offered only six guaranteed years and less than $200 million in total value."

By misreading the market, not only will the Rangers not get a chance to employ Rendon, but they'll be forced to play against him 18 times a season for the next seven years.

The Rangers might still be able to land Josh Donaldson, which would be a pretty nice consolation prize. For the time being, though, they're one of the biggest losers of the MLB offseason. 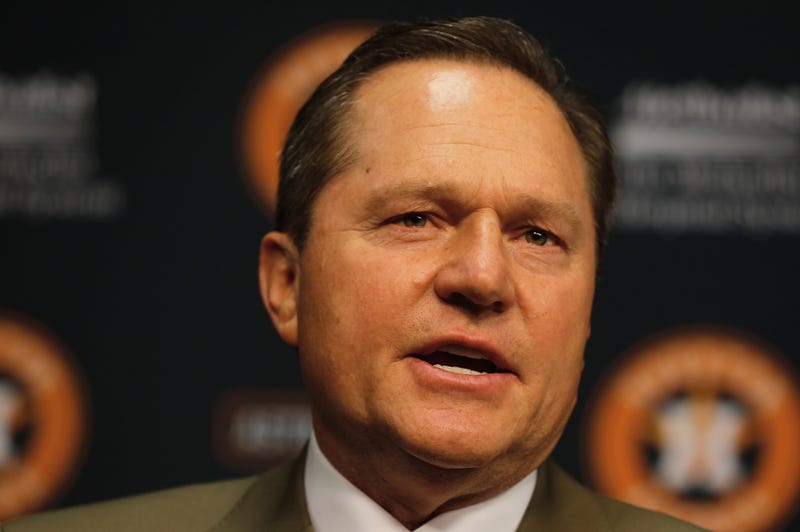 An offseason after his top client, Bryce Harper, didn't sign until Spring Training, Boras got all three of his top clients signed during the MLB Winter Meetings.

Stephen Strasburg re-signed with the Washington Nationals for seven years and $245 million, a deal that even when you factor in that it includes deferrals, is much larger than the reigning World Series MVP was expected to land.

Gerrit Cole signed a record-shattering nine-year/$324 million deal with the New York Yankees. That deal speaks for itself.

And Rendon landed a seven-year/$245 million deal from a team not initially expected to be one of his top suitors.

As Jim Bowden of The Athletic noted, the Boras corporation will bring in $40.7 million based on these three signings. That's a nice Christmas present. 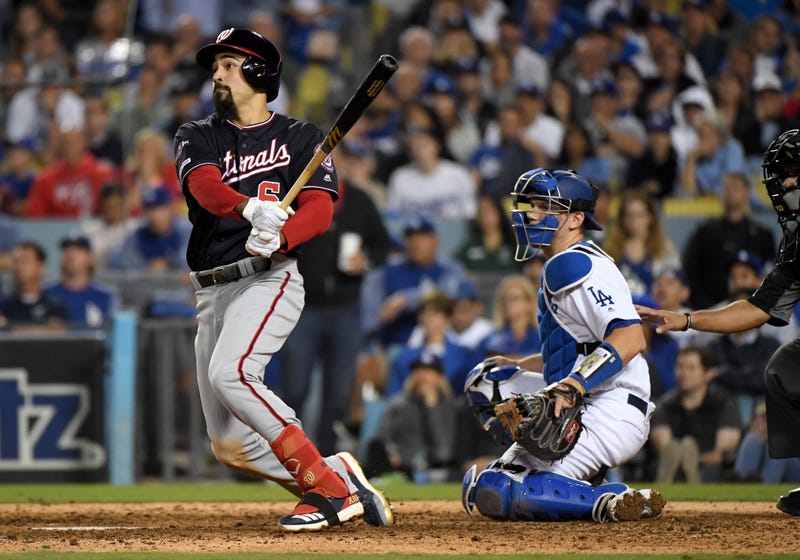 Even after a disappointing postseason exit - which Rendon helped assist in - the Dodgers were unable to land Rendon, Gerrit Cole or Stephen Strasburg this week.

In fact, Jorge Castillo of The Los Angeles Times said that the Dodgers ultimately didn't even make an offer to Rendon because they didn't believe he wanted to play in Los Angeles.

RADIO.COM MLB Insider Bob Nightengale did report Wednesday that the Dodgers are trying to pry superstar shortstop Francisco Lindor from the Cleveland Indians. Certainly, if that happens they'll enter 2020 as the undisputed favorites to win the National League.

As this juncture, though, the Dodgers have missed out on all the top three free agents, and are yet to re-sign National League Cy Young Award runner-up Hyun-jin Ryu.