Stephen Strasburg was the first big name to strike a deal at the MLB Winter Meetings and it did not disappoint.

The 31-year-old reigning World Series MVP is returning to the Washington Nationals on a reported seven-year, $245 million contract. It is the largest pitching contract ever, surpassing David Price's $217 million contract he received from the Red Sox and greater than Zack Greinke's annual $34.4 million salary.

Here are a look at some of the immediate winners and losers of the deal: 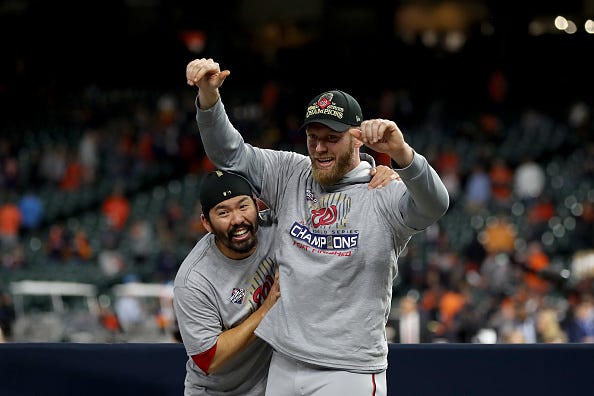 This is the obvious one right here. The 31-year-old has not quite lived up to high expectations, and has battled injuries most of his career. But he put together one of his best seasons, which culminated in a World Series MVP, to help secure a record contract. Strasburg is financially set through his age-38 season, oh, and he returns to the team where he is a World Series hero, which must be pretty nice too. 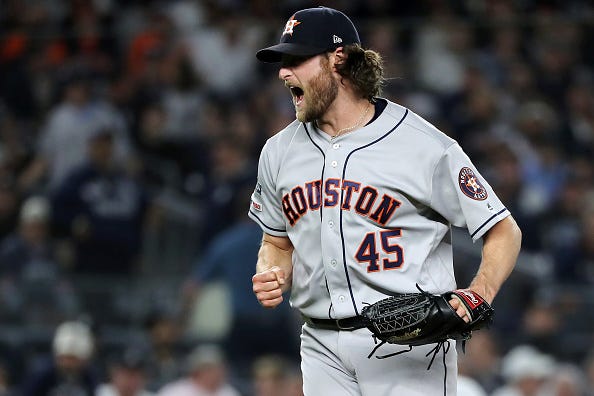 Gerrit Cole celebrates getting a big out against the Yankees. Photo credit Getty Images

Strasburg's record payday is only going to be a record until Cole inks his deal. The 29-year-old ace is the clear-cut top pitcher on the market and Strasburg's deal just set the bar for Cole to clear it, and probably by tens of millions more. 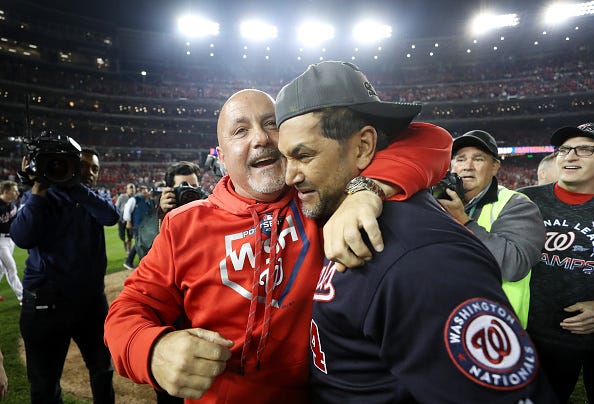 Paying Strasburg $35 million per year in the final years of this contract could very well make them a loser, but for now, they are winners. They bring back their World Series MVP and keep their rotation of Strasburg, Max Scherzer and Patrick Corbin in tact. The Nationals rode the strength of their starting pitching through October and as long as that stays their strength they can continue to compete in an ever-improving NL East. 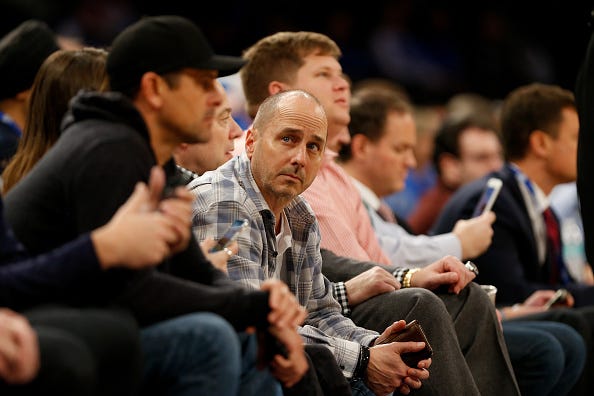 Sure, whoever signs Cole will get a bonafide ace in their rotation, but it will come at an insane cost. Both the Yankees and Angels, the two frontrunners for Cole, have had their fair share of bad long-term deals and were already going to need to shell out a lot of dough to secure the ace. The two teams are now likely to engage in a bidding war for the ace that could either a.) sway one of them from reaching a deal and forcing them to miss out on both Cole and Strasburg, or b.) grossly overpay for the short-term only to become financially hamstrung in the long-term. What was already a great financial risk just became greater. 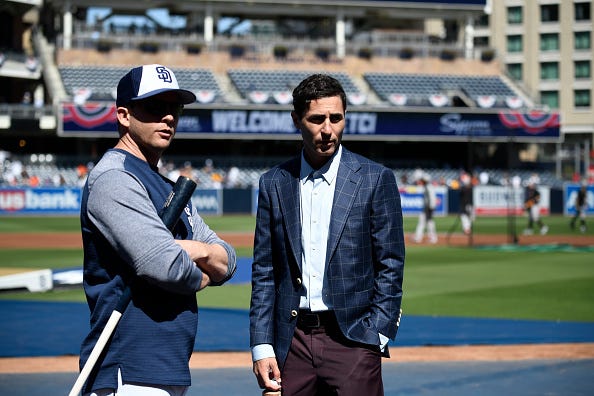 The Padres were never really "in" on Strasburg, but they certainly had interest and it may have been the team's best chance to add an ace to an emerging young club that could be a darkhorse in the National League next season. While the starting pitcher free agent pool is deep this year, Strasburg was likely their best chance considering the appeal for him to return to his home city.