If the goal of making a free-agent signing is to pay for future production, right-hander Zack Wheeler is one of the most intriguing free agents available this offseason.

In five seasons with the New York Mets, Wheeler has posted a 3.77 ERA and 3.71 FIP, while topping the 180 innings mark three times. Over the past two seasons, FanGraphs says that Wheeler has been the ninth-best pitcher in all of baseball. As is, Wheeler is a very good major league pitcher.

However, there's a feeling that the best may be yet to come from the 29-year-old.

Once acquired for nine-time All-Star Carlos Beltran, Wheeler flashed front-of-the-rotation potential in the second-half of 2018, when he went 9-1 with a 1.68 ERA. Given the major step forward that Gerrit Cole took over the past two seasons when he joined the Houston Astros organization, there's going to be at least a few teams that convince themselves that Wheeler is capable of a transformation into a consistent ace-caliber starter.

With that in mind, here's a look at five potential destinations for Wheeler in free agency: 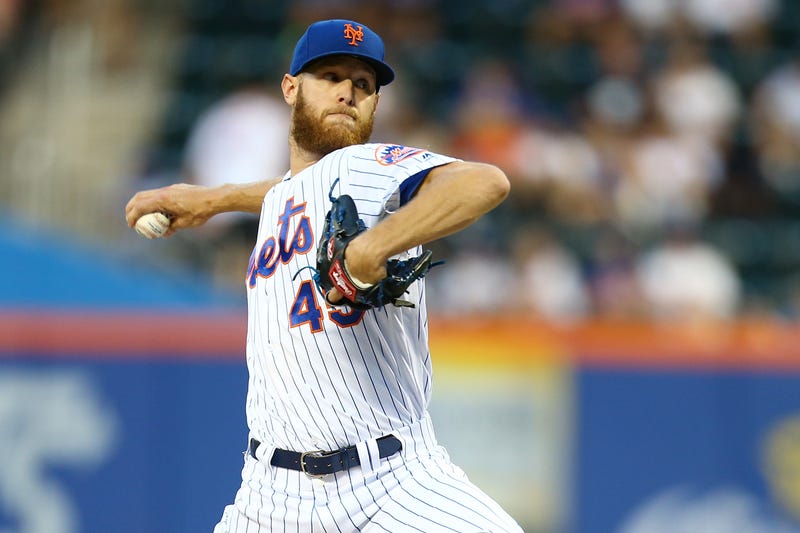 The White Sox have been one of the most aggressive teams early this offseason, retaining first baseman Jose Abreu and signing All-Star catcher Yasmani Grandal to a lucrative four-year deal.

And they may just be getting started.

MLB.com's Jon Morosi reported earlier this month that the White Sox, who haven't made the playoffs since 2008, have been among the teams connected most to Wheeler early this offseason.

Despite Lucas Giolito making his first All-Star appearance in 2019, the White Sox still posted a 4.90 team ERA, the ninth-worst mark in baseball. In a division with two other playoff-caliber teams - the Minnesota Twins and Cleveland Indians - the White Sox will need to bolster their rotation to be competitive in 2020. Adding Wheeler and getting Michael Kopech back from Tommy John surgery would drastically improve their starting pitching. 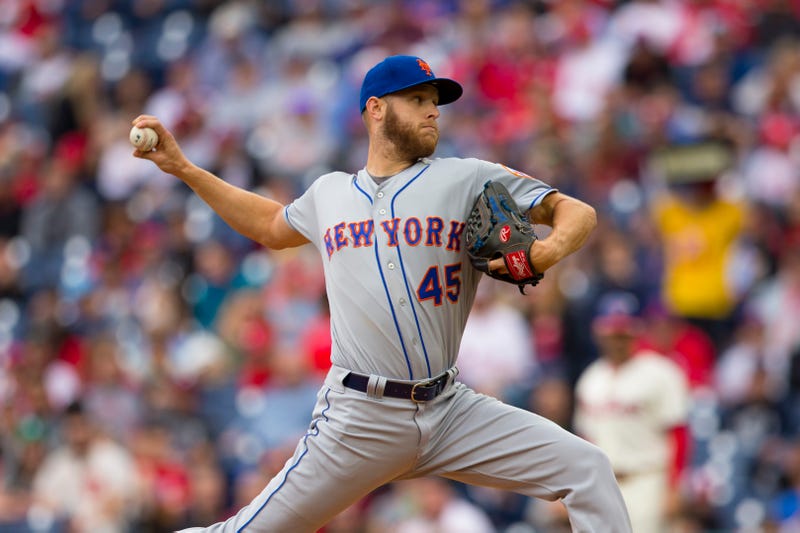 Though the Phillies have yet to be substantively connected to Wheeler, they make quite a bit of sense as a landing spot.

The Phillies desperately need to add starting pitching this offseason if they want to compete with the Washington Nationals, Atlanta Braves and New York Mets in the National League East. While Gerrit Cole and Stephen Strasburg are the top two arms on the market, they may not be willing to outbid other contenders for Cole and there's evidence that Strasburg will ultimately re-sign with the Nationals.

The leaves Cole as arguably the best remaining option on the market. Coincidentally, the 8.9 fWAR that he has over the past two seasons is the same amount that Phillies ace Aaron Nola has posted since the start of the 2018 season. The two could make for an effective duo at the top of the Phillies rotation, with top overall prospect Spencer Howard also likely to debut at some point in 2020. 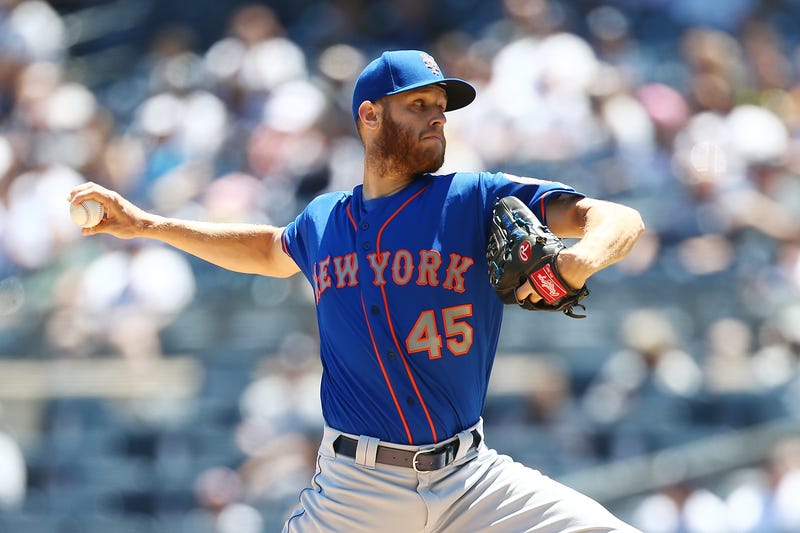 If the Angels aren't the favorites to land Orange County native Gerrit Cole, they're certainly near the top of the list.

That said, in the event that the New York Yankees or another suitor ultimately lands Cole, the Angels still need to overhaul a pitching staff that posted a 5.12 ERA in 2019. While Wheeler wouldn't do that to the same extent as Cole would, he would upgrade a rotation that will also get the pitching services of Shohei Ohtani back in 2020.

The best path to Mike Trout and the Angels returning to the postseason for the first time since 2014 is probably via one of the two American League Wild Cards, but signing Wheeler would prevent the division-rival Houston Astros from doing so in an attempt to replace Cole. 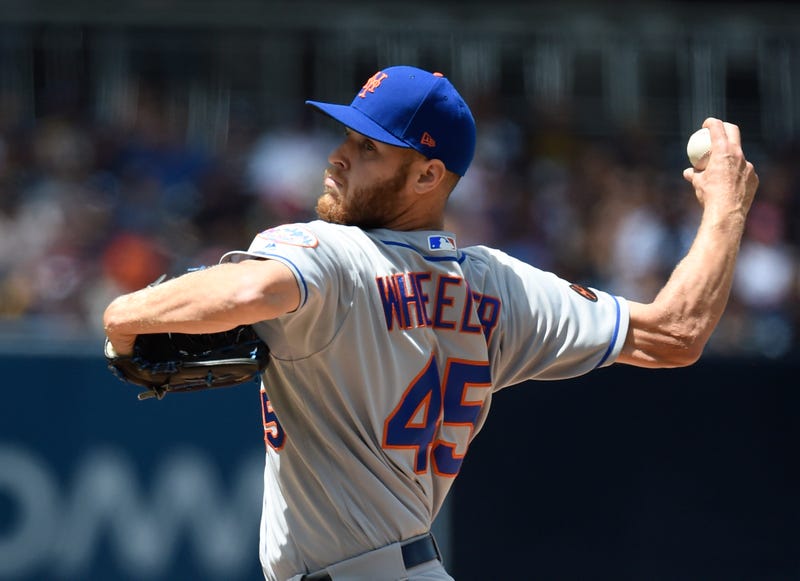 It would be a cool story for the Padres to sign reigning World Series MVP Stephen Strasburg, who is from San Diego and played his college ball at San Diego State.

Not only did The New York Post's Joel Sherman recently cast doubt on whether the Padres will make the necessary financial investment to compete for Strasburg, but it appears a return to D.C. is the most likely outcome.

Still, with a full season of Fernando Tatis Jr., a potential bounce-back from Manny Machado and the sport's top farm system, the Padres look like a team on the cusp of playoff contention.

So while Wheeler won't be cheap - MLB Trade Rumors projects he'll get a five-year/$100 million deal and signing him would require relinquishing their third-highest pick in the 2020 MLB Draft - he may be a better fit than Strasburg.

Wheeler would pair at the top of the rotation with RHP Chris Paddack, who posted a 3.33 ERA in 140.2 innings in his rookie season of 2019. If you add Wheeler to a rotation that could also welcome lefty Mackenzie Gore - the No. 4 overall prospect in baseball - at some point in 2020, the top of the Padres rotation could be set for years to come. 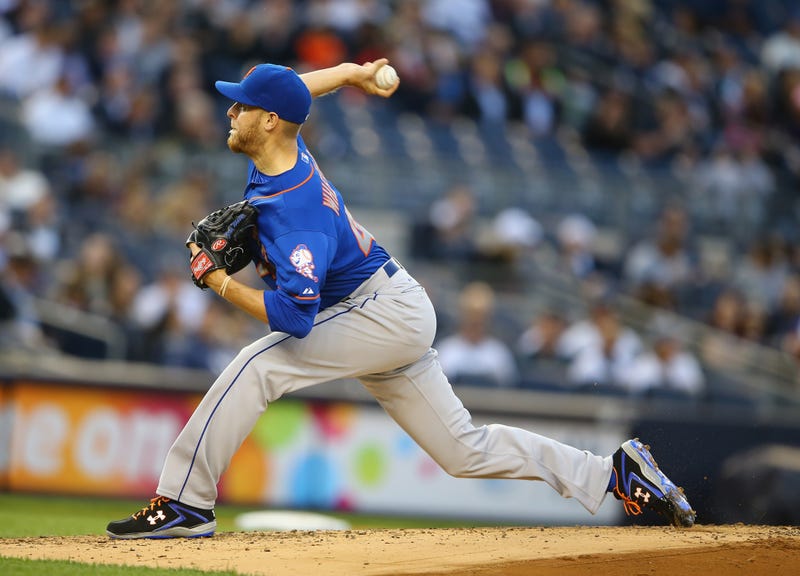 But while the Yankees haven't reached the World Series since 2009 - which is a lifetime by the standards of their organization - they may not have the same level of desperation to land a major starter like Cole as the Los Angeles Angels or Philadelphia Phillies.

If they land Cole or Strasburg, the Yankees will enter 2020 as the prohibited World Series favorites. But even if they don't sign either, they'll still have Masahiro Tanaka, James Paxton and Luis Severino, who should be healthy after an injury-riddled 2019.

Wheeler would become an interesting fall-back option for the Yankees. Even if he just is what he's been over the past two seasons, that would bolster what should be a strong rotation in 2020. If the Yankees can tap into something that allows him to reach his ceiling, look out.