The year following Roberto Clemente's untimely death in 1972, Major League Baseball renamed the Commissioner's Award, presented to the player who "best exemplifies the game of baseball, sportsmanship, community involvement and the individual's contribution to his team," to honor the all-time Pittsburgh Pirates great. It is still known today as the Roberto Clemente Award. In honor of Jackie Robinson's contributions to baseball and his historic entry into the majors as a black rookie, the league renamed the Rookie of the Year Award to the Jackie Robinson Award on the 40th year anniversary of Robinson breaking the color barrier.

And though an award is already named for Hank Aaron — it's appropriately given to the top hitter in each league — fans are calling for a posthumous honor that relates specifically to the team with which he spent practically his entire career: the Braves.

Aaron passed away at 86 years old, and social media was flooded with sentimental tributes and bittersweet memories. 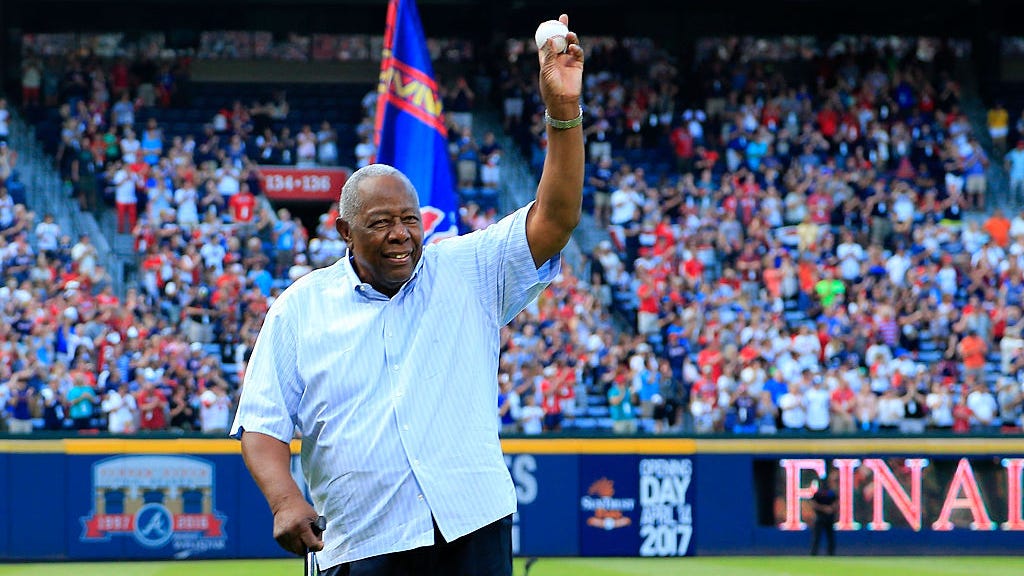 But while many prominent figures chose to look to the past to honor Aaron's life, others wanted to look forward and continue to honor the legend following his passing.

The Atlanta Hammers, after Hank Aaron, works for me. It's much better than Braves even if Braves had zero baggage. What other team, in any sport, could REALLY be The Hammers?! Unique, powerful, historic. Well, that was easy.

GREAT point. It wouldn't be hard to convert these tomahawks into hammers. pic.twitter.com/m9c2mkV93C

Zero reason why the @Braves shouldn’t rename the stadium “Hank Aaron Field at Truist Park” as of today..long overdue 💯

I think it is a great time for @TruistNews to reconsider the name of @TruistPark. Hank Aaron Field at Truist Park feels right. RIP to a legend on and off the field. Sad day for Braves Country. https://t.co/HvBKfG6vGe

Or as I prefer to call it, Hank Aaron Field at Truist Park. #TheHank Too bad they wouldn't give it the proper name during his lifetime. #Braves

These ideas are along the same lines as those that fellow Atlanta Braves great Dale Murphy, among other fans, has suggested in the past.

‘Hank Aaron Field’ would be so great! ‘What ya doing today? ...heading to ‘The Hammer’... catching a Braves game. https://t.co/sP9zYjEEGA

Always felt ‘Hammerin’ Hank’, ‘The Hammer’ was one of the coolest nicknames ever... and the ‘Atlanta Hammers’? Love it! https://t.co/LUbsH1z2Ke

The #Hammers shirts are in! pic.twitter.com/euCnyp6P9Y

music
The Reel Buzz: Disney+ release dates announced for ‘Star Wars: The Bad Batch’ and ‘Loki’
news
Fauci says US has ‘done worse than most any other country’ on COVID pandemic
music
‘Luis Miguel: The Series’: Netflix anuncia fecha de estreno de segunda temporada
news
38-year-old father of 7 dies of COVID-19: ‘That was my other half’
sports
Bucs rookie standout trying to redeem himself after Super Bowl taunting fine
sports
Kendrick Perkins calls out Brad Stevens for losing locker room: ‘Guys aren’t afraid of him’