And it's a saying that's especially popular in sports, as we've seen frequent examples where a certain father's three-point stroke (i.e. Dell Curry) is seen in the way his son plays (Steph Curry), or where a knack for getting on base (i.e. Felipe Alou) was inherited by the next generation (Moises Alou), and so on. Oftentimes the two generations of athletes perform at a similar skill level, though there are cases where one generation is significantly better.

Yes, there are many prominent examples of sons who outplay their fathers, but that's a story for another time. Instead, we're going to focus on the fathers who established the family name in a certain sport -- for this installment, in baseball -- but whose son(s) did not quite continue the trend of success.

There are extremely interesting cases that we have to leave off our list, like that of Freddie Lindstrom (a Hall of Famer who spent most of his career with the Giants) and Charlie Lindstrom (his son, who walked and hit a triple in his only two plate appearances of his career). There are other father-son duos who we can't quite evaluate at this point, including Ivan Rodriguez (a Hall of Fame backstop) and his son, Dereck (a third-year pitcher with the Giants).

Some other honorable mentions are as follows, with the father listed first and the less-productive son listed second. 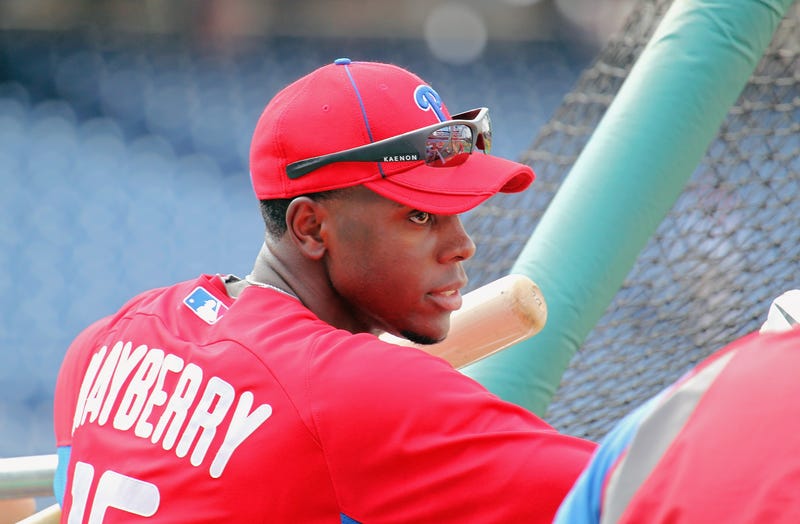 The elder Mayberry was a two-time All-Star with an amazing plate presence (two-time walks leader) and some great power (255 career home runs), whose two All-Star campaigns came immediately before his 1975 season in which he was the runner-up for the American League MVP Award. Unfortunately, those skills were never too apparent in Mayberry Jr., a middling and inconsistent power bat off the bench of the Phillies, Blue Jays and Mets. He finished his career with 56 home runs and 119 walks, the latter of which is fewer than Mayberry Sr. had in either of his league-leading seasons.

Don Kessinger was never the flashiest player, but he got the job done year in and year out, establishing himself as one of the premier all-around middle infielders of the late 1960s and early 1970s. With six All-Star awards to his name, thanks to appearances on the yearly leaderboards in categories like hits, doubles, assists, putouts, double plays and more, Kessinger was a security blanket for his Chicago Cubs and a nuisance to other NL Central teams like the Cincinnati Reds. His son, Keith, ended up playing for those Reds, making his Major League debut in September of 1993 and playing in his last game a month later.

Fortunately, Keith didn't play for long enough to join a less-than-stellar club that his father is a part of. 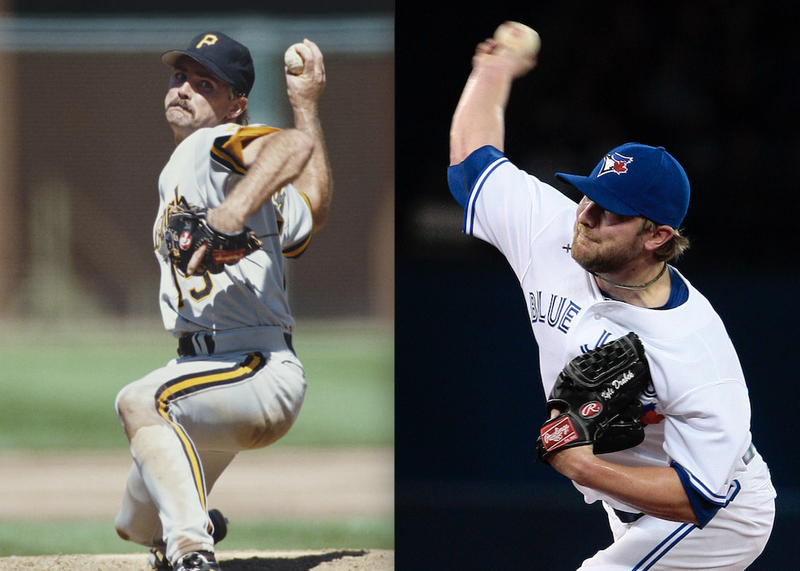 Surprisingly, given the career stats, Doug Drabek was not nearly as highly touted as his son was as a prospect. The 11th-round pick of the 1983 Draft won the Cy Young Award in his fifth big league campaign for the Pirates, turned in an All-Star season later on with the Astros, and finished his career with a very respectable 3.73 ERA. Kyle was expected to do that and then some, considering the Phillies used their 2006 first-round pick on the right-handed hurler. Instead, Drabek's career numbers sit at a paltry 8-15 record with a 5.26 ERA. However, Phillies fans remember him fondly, as he was the key chip in the deal that sent Roy Halladay to the City of Brotherly Love before the 2010 season. 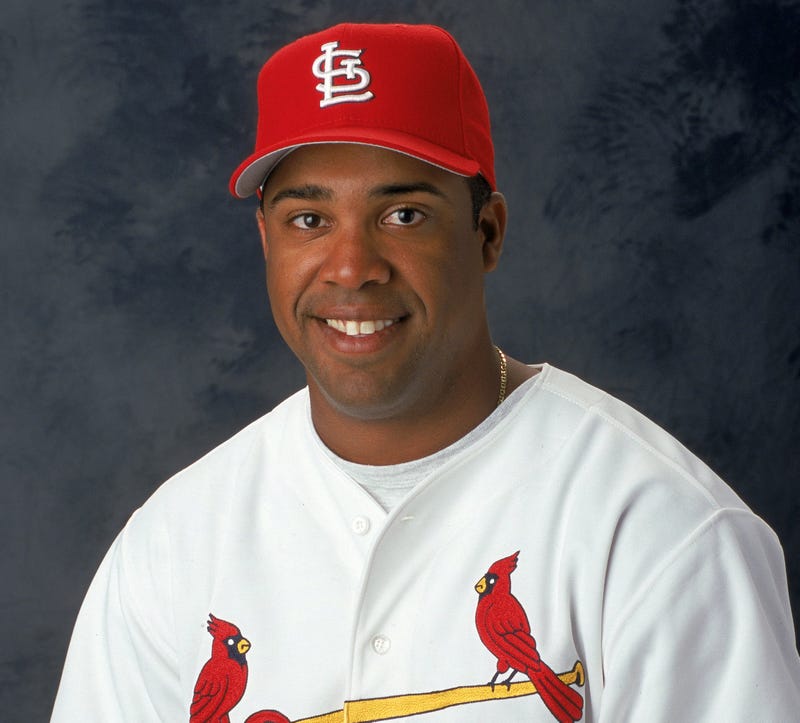 Tony Perez was a crucial cog in the Big Red Machine, driving in 100 or more runs in six separate campaigns and earning seven All-Star selections. The Hall of Famer finished his career with 379 home runs, a .279/.341/.463 slash line and two World Series rings. So, when his son Eduardo joined the Reds prior to the 1996 season, there were high hopes of another era of Perez greatness. Unfortunately, he fell flat in that regard, reaching his peak in 1997 with 16 HR, 52 RBI and a .253/.321/.475 slash line. He's since enjoyed a career as a coach throughout the late 2000s and early 2010s before becoming an analyst.

He may not be a household name like Lou Gehrig or Jimmie Foxx, but there were very few pure hitters better than Earl Averill throughout the 1930s. From '30 to '39, Averill ranked fifth in hits (1,786), sixth in home runs (218), fifth in RBI (1,046) and appears on the leaderboards for several other categories. However, the Hall of Famer's son did not find the same success, spending time on five teams throughout his seven-year career as a mediocre batter (.242 career average). 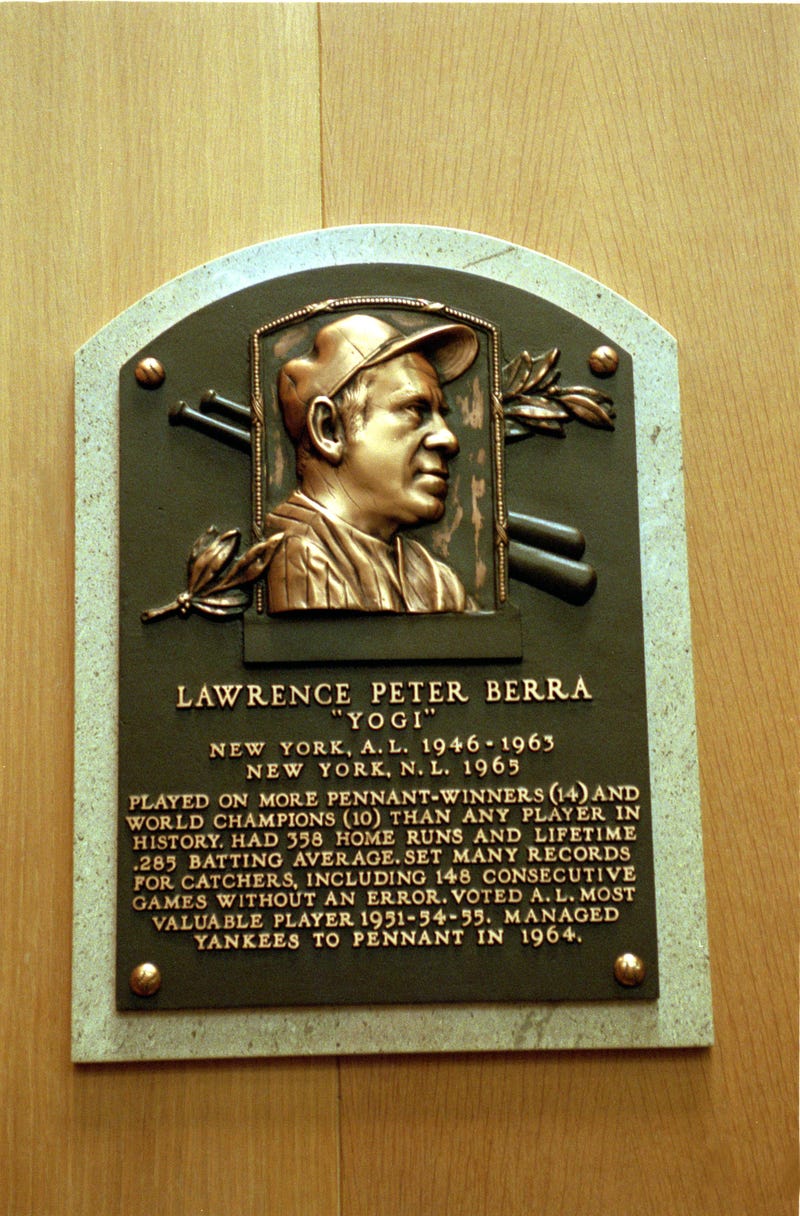 Yogi Berra's 10 World Series rings remain an all-time record, and his 18-year reign of dominance as the Yankees' backstop entrenches him in New York history as one of the most beloved figures the game has ever seen. He checks in on Tim Kelly's list of the greatest catchers in MLB history, though I might just have him a few slots higher in my rankings. Someone who won't be on my list of the greatest shortstops/third basemen, though is son Dale Berra, who spent most of his career with the Pirates and produced a .238/.294/.344 career slash line.

It's alright if you haven't heard of Ed Walsh -- I knew him as a wee six-year-old from my days obsessively flipping through the Baseball Encyclopedia -- but he is a Hall of Famer. He pitched from 1904 to 1917, turning in some truly uncanny stat lines (40-15, 1.42 ERA in 1908, for instance) and finishing his career with a 1.82 ERA -- a record that will never, ever be broken. His son took a stab at breaking his father's ERA record, but wound up just a tiny bit off with a career figure of 5.57 in 79 outings with the White Sox.

This one is technically cheating, as Bonds Jr. never played in a Major League game. However, Bobby Sr. was a terrific ballplayer with three All-Stars under his belt and a unique blend of power and speed. That blend was seen so strongly, and then some, in son Barry Bonds -- we all know that. But the stark contrast between Barry and his brother, Bobby Jr., is too crazy to leave off of this list. Bobby Jr. was a Minor League outfielder for a whopping 11 seasons, spending time in AAA, AA, A+, A, A- and independent-league ball but never quite making enough of himself to get the call to the bigs. He finished his career in 2002 with a cumulative slash line of .257/.334/.386. 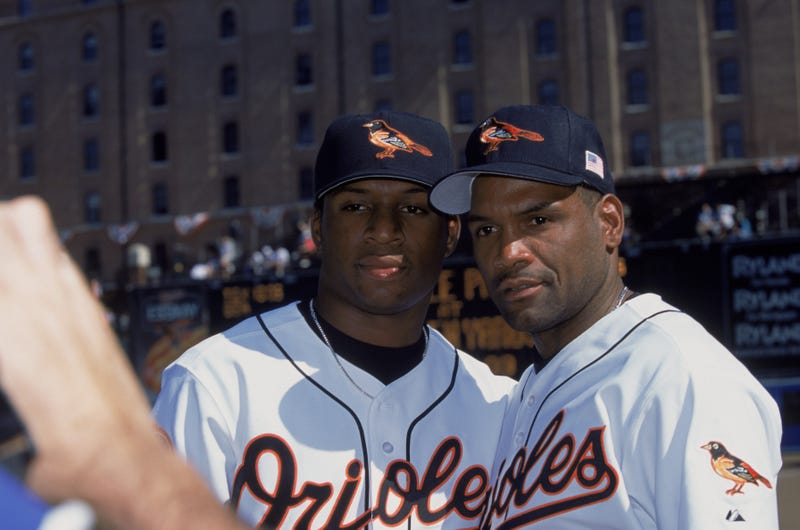 Tim "Rock" Raines was a devastating base stealer (808 career SB), a more-than-capable hitter (.294 career average) and a charismatic and energetic leader for his Montreal Expos throughout the 1980s. His Hall of Fame induction came as no surprise, though the lackluster performance of his son, Tim "Little Rock" Raines Jr., sure did. A sixth-round pick in 1998, Raines Jr. finished his career with an underwhelming .213 average after parts of only three seasons in Baltimore.

There are two men with the middle name "Trowbridge" throughout MLB history. One is a Hall of Famer with over 3,000 career hits, four World Series rings, and a top-15 WAR of all time at 123.9. The other played in just 132 games, finishing with 66 hits and a .241 career average. And they're both named Eddie Collins, though the former is the father of the latter. The Hall of Fame Eddie Collins finished his career with the Philadelphia Athletics in 1930, and his son began his career nine years later with the same club, but he couldn't even come close to carrying his father's legacy. 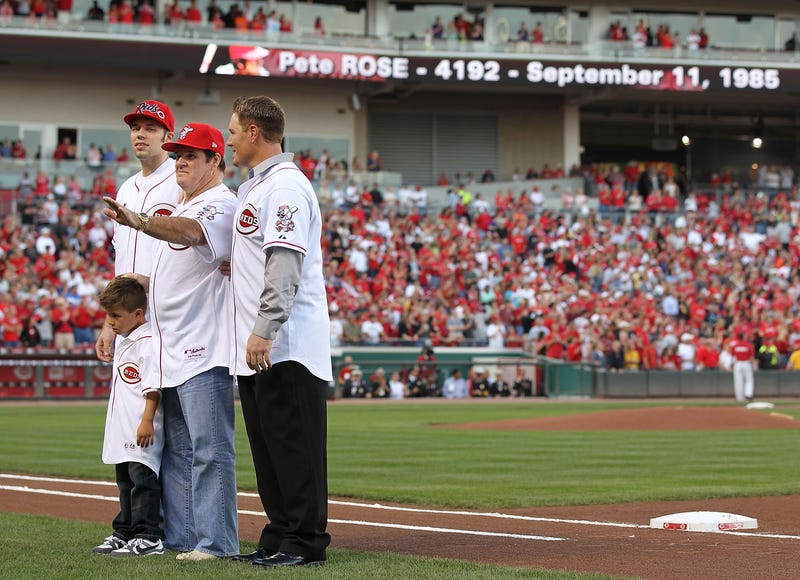 If there's an accolade in baseball, odds are that Pete Rose has earned it -- save for his controversial snub from the Hall of Fame. Charlie Hustle was an MVP, a Rookie of the Year, a Gold Glover, a Silver Slugger, a World Series MVP, a batting title winner and a 17-time All-Star -- but none of those are as impressive as being the game's all-time leader in hits with 4,256. Pete Rose Jr. was a fraction of the player that his father was -- in fact, he produced 1/2,128th of what his father did. With two career hits, Rose Jr. accomplished in his entire career what his father achieved in 1,225 different games. Only Ty Cobb has more multi-hit games than Rose.