Iconic Los Angeles Dodgers manager Tommy Lasorda once did a postseason promo pressuring fans to watch the MLB playoffs, saying that "real fans don't pout when their team is out." For the seventh consecutive year, Lasorda's Dodgers aren't at home in October, but the same team that defeated them in the 2017 World Series may again stand in their way of ending a World Series drought that's more than three decades long.

Before the MLB postseason begins, here's RADIO.COM's look at the hierarchy of all the teams still alive:

Having three of the 10 best pitchers in baseball at the top of your starting rotation doesn't necessarily guarantee postseason success. The 2011 Philadelphia Phillies, for example, won 102 regular season games behind a rotation that included Roy Halladay, Cliff Lee and Cole Hamels. They were upset in five games in the NLDS by the eventual World Series Champion St. Louis Cardinals.

But yes, having Gerrit Cole, Justin Verlander and Zack Greinke at the top of your starting rotation gives you a pretty good chance to make a run at your second World Series title in three seasons.

The Astros also have a fairly loaded lineup, much of which - George Springer, Jose Altuve, Alex Bregman, Michael Brantley - has extended postseason experience. That's been supplemented by DH Yordan Alvarez, a favorite to win the American League Rookie of the Year Award.

But if you're betting against the Dodgers winning the National League title, you're in the minority. 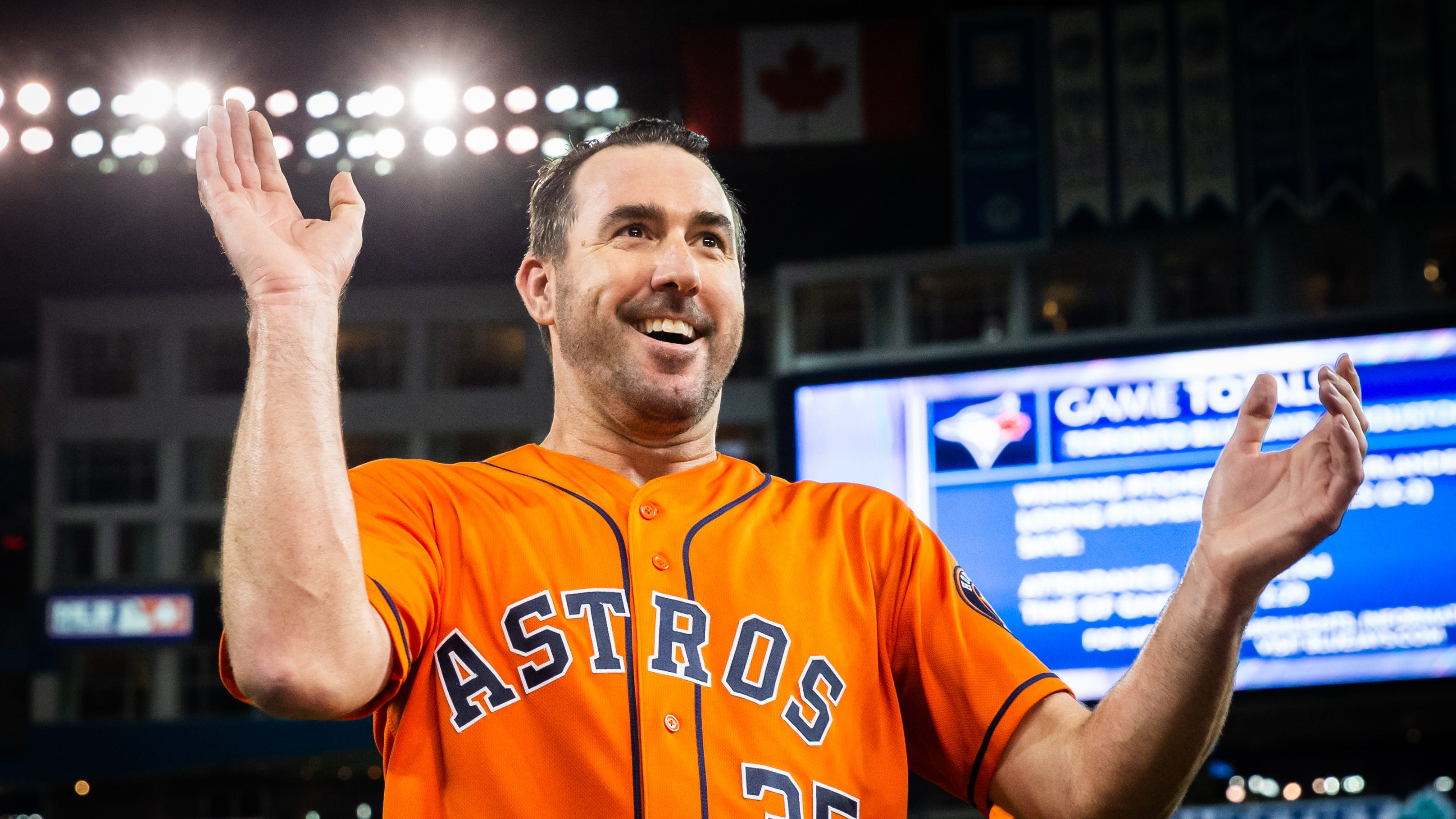 While there's questions about how the Yankees would match up with the Astros in a potential ALCS, they have to get there first. And that'll be far from a cakewalk, as they'll take part in arguably the best on-paper first round postseason series against the Minnesota Twins.

The Yankees have had success all year with an undermanned starting rotation - at least relative to other teams that typically win over 100 games. It's because DJ LeMahieu and the offense scored a league-high 943 runs and leaned on Aroldis Chapman and an elite bullpen. To win their 28th World Series title, Aaron Boone and the Yankees will have to continue to have success with that formula.

While the Twins bullpen wasn't as dominant as the Yankees during the regular season, Taylor Rogers, Trevor May, Sergio Romo, Sam Dyson and Tyler Duffey form a pretty formidable unit. In terms of starting pitching, Jose Berrios and Jake Odorizzi don't make up a starting rotation that can compete on paper with Houston, but it may actually be better than what the Yankees have to work with. 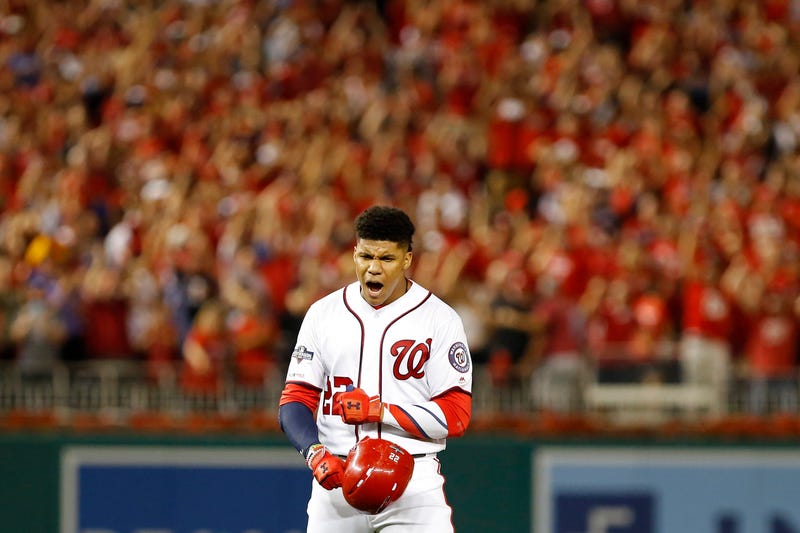 Juan Soto and the Nationals will be tasked with knocking off the Dodgers in the NLDS. Photo credit (Geoff Burke/USA Today Images)

20-year-old star Juan Soto revived the Nationals season with a three-run single in the bottom of the eighth of their National League Wild Card win over the Milwaukee Brewers. Dating back to the regular season, the Nationals have won nine consecutive games. At the end of May, Dave Martinez's team had a 24-33 record. Since then, they've gone 70-36.

So despite a suspect bullpen, the Nationals may be the best bet to dethrone the Dodgers in the National League. Heck, their trio of Max Scherzer, Stephen Strasburg and Patrick Corbin may match up as well against the Astros as any team.

Both at home and on the road, the Braves were a really good baseball team in 2019, winning the National League East for the second consecutive season. In some senses, it feels almost unfair to put them behind the Nationals, who they finished four games ahead of in their own division.

That said, while Dallas Keuchel, Mike Soroka, Mike Foltynewicz and Max Fried give the Braves enough starting pitching to probably get by the Cardinals, it's fair to question whether they'll be able to compete with the Dodgers or Nationals in the NLCS.

Quesitons about whether they have enough starting pitching aside, Ronald Acuna Jr. is an absolute superstar. Josh Donaldson, a former American League MVP, had a major bounce back this season. Freddie Freeman's having a career that will quietly make him worthy of Hall of Fame consideration when he's finished. The Braves lineup deserves this stage.

Understanding the resources they are given to work with, the Rays are probably the most well-run organization in baseball. Chaim Bloom is one of the best executives in baseball, and Kevin Cash may be as good of a manager as the game currently has right now.

Unfortunately for the Rays, they're going to run into the Astros. They also burned Charlie Morton in the American League Wild Card Game, meaning he won't be available to pitch against his former team until at least Game 2 on Saturday. Tyler Glasnow and Blake Snell both have had injured-riddled 2019 seasons, giving you the feeling it may just not be the Rays time to make a deep postseason run.

Lost in the finals weeks of the Joe Maddon era in Chicago and the Milwaukee Brewers run to the postseason was that it was actually the Cardinals who won the National League Central in 2019.

In his first season in St. Louis, Paul Goldschmidt had a major second-half, hitting 18 home runs and driving in 60 runs in 266 at-bats after the All-Star Break. If he gets hot, he's the type of hitter that can carry a team to a series victory.

Frankly, the Cardinals probably got a better draw playing the Braves, as opposed to the Dodgers or Nationals. If Miles Mikolas and the Cardinals can steal Game 1 in Atlanta, look out. Jack Flaherty is scheduled to pitch the second game of the series for the Cardinals, and the 23-year-old posted an 0.91 ERA in 15 starts after the All-Star Break.

news
Most People Agree Their Skin Is Healthier From Spending More Time at Home
news
Second Grader Tests Positive for COVID-19 After First Day Back in School
music
Walmart Planning Pop Up Drive-In Theaters In 160 Store Parking Lots
music
FANDEMIC: Corey Taylor Discusses His Solo Album That Was Years in the Making
news
Couple Raises $20,000 to Buy Face Masks for Their Community
news
Tyson Foods Will Test Employees Weekly for Coronavirus at All U.S. Plants