The Philadelphia Phillies officially announced that they inked Zack Wheeler to a five-year/$118 million deal Monday. That deal reportedly has former World Series MVP Madison Bumgarner licking his chops about what his free-agent contract may look like.

According to RADIO.COM MLB Insider Bob Nightengale, Bumgarner's representatives are seeking a five-year deal in excess of $100 million.

While he's not the pitcher he was at his peak, there's certainly still value in the type of pitcher that Bumgarner is now. Whether there's five years and over $100 million worth of value remains to be seen. Remember, because Bumgarner declined the qualifying offer that the San Francisco Giants issued to him, any team that signs him would have to surrender compensation in the 2020 MLB Draft in addition to whatever the cost of signing him ultimately proves to be.

MLB Trade Rumors projected at the outset of the offseason that Bumgarner would land a four-year/$72 million deal. Then again, Wheeler and Mike Moustakas have been among the free agents that have signed early on in the offseason for higher amounts than initially projected. 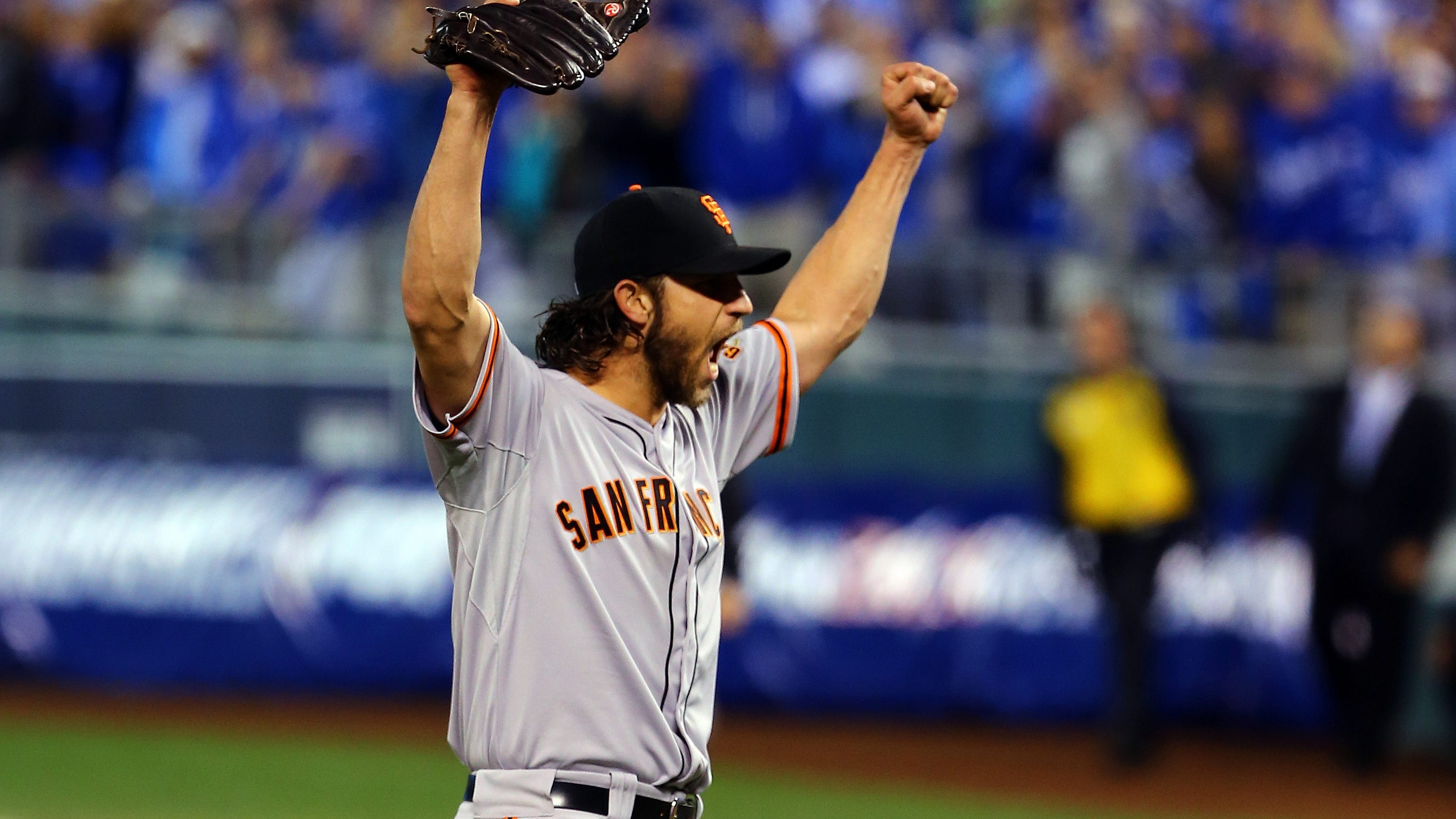 The biggest issue for Bumgarner's camp is that two of the teams seen as contenders for him at the outset of free agency have spent elsewhere on the pitching market. The Phillies signed Wheeler. The Braves - who seemed like the early favorites for Bumgarner - signed Cole Hamels to a one-year/$18 million deal last week. Both teams, in theory, could stay engaged on Bumgarner, but the type of deal he's seeking is probably beyond where either team would be comfortable going.

After Wheeler and Hamels signed, SNY's Andy Martino reported that the Chicago White Sox and Minnesota Twins were "among [his] heaviest suitors." That same day, RADIO.COM MLB Insider Jon Heyman added the Cincinnati Reds to the list of interested teams. Additionally, Mark Feinsand of MLB.com says that the St. Louis Cardinals have interest in Bumgarner as well.

Whoever ultimately signs Bumgarner should be aware of his rather alarming home/road splits in 2019. In 19 home starts last season, Bumgarner went 6-2 with a 2.93 ERA. MLB Park Factors rated Oracle Park, the home of the Giants, as the least hitter-friendly stadium in baseball last season. Meanwhile, on the road, Bumgarner went 3-7 with a 5.29 ERA in 15 starts.

The flip side of that, of course, is that Bumgarner is arguably the greatest postseason pitcher in baseball history. Across 102.1 career postseason innings, Bumgarner has a 2.11 ERA and 0.90 WHIP. He last appeared in the postseason in 2016.