Even in the postseason, Trevor Bauer found some time for needling Wednesday afternoon.

The polarizing righty was dominant in his start for the Cincinnati Reds in Game 1 of the MLB Wild Card Series, striking out 12 and limiting the Atlanta Braves to just two hits in 7 2/3 innings. As he exited the game, he made sure to locate the cameras, and do "The Tomahawk Chop" that's so associated with Braves fans:

Trevor Bauer with the chop coming off the mound after 7.2 shutout innings, 2 hits, and 12 strikeouts. pic.twitter.com/nQk6Ku4QGM

In July, the Braves announced that they were reviewing the fanbase's use of the chop. Without fans in attendance in 2020, the organization was able to kick the can on a final decision, but did remove the "Chop On" sign that had previously been at Truist Park.

As far as Bauer, he added onto what's been a remarkable 2020 season. The 29-year-old went 5-4 with a 1.73 ERA, 2.88 FIP and 2.5 fWAR in his first full season with the Reds. He finished second in our RADIO.COM Sports staff picks for the National League Cy Young Award, and should see a nice reward in free agency this offseason. 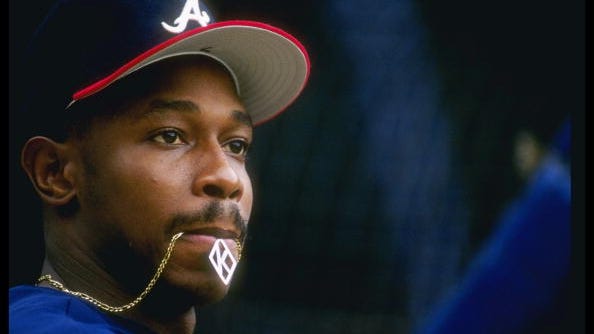 5 Players You Forgot Played for the Braves