Gerrit Cole will take the ball for the Houston Astros in Game 1 of the World Series Tuesday evening. He'll do so with the expectation from many that an iconic performance is in store.

Cole has been the best pitcher for an Astros team that also includes Justin Verlander and Zack Greinke, at least one of whom is destined for the Hall of Fame. He's been even better than three-time Cy Young Award winner Max Scherzer - also a likely Hall of Famer - who will oppose him in Game 1. Cole, 29, is the best pitcher in baseball right now, and may be the best player outside of Mike Trout in the sport.

As crazy as it is to imagine looking past the World Series, Cole, at the height of his powers, will become a free-agent this offseason. And for as much attention as there was dedicated to Bryce Harper and Manny Machado last offseason, Cole may prove to be the most coveted free-agent in some time.

Cole has had as good of a contract year as any pitcher ever, and there seems to be the right mix of interested big-market teams for him to earn a record-setting contract. 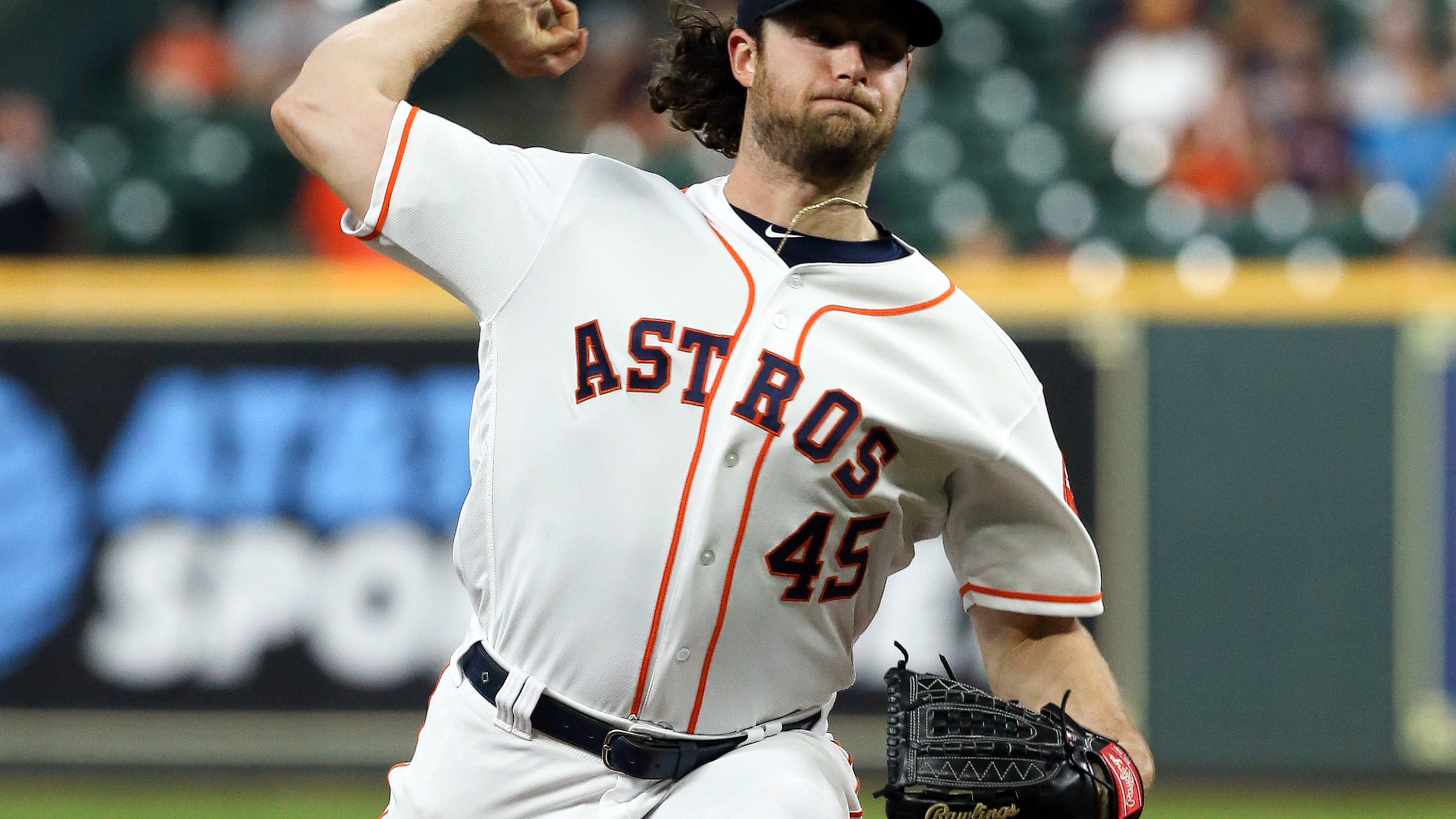 MLB Insider on Gerrit Cole: 'It Could Be a Yankee-Dodger Battle'

Though Greinke's deal features some deferred money, he signed his contract ahead of his age-32 season. Cole just turned 29 last month. If the Nationals were willing to sign Patrick Corbin to a six-year deal last offseason, what will other teams be willing to pay for Cole? Cole is the same age Corbin was a year ago but comes without the injury history that Corbin had and is, frankly, a better overall pitcher.

The Nationals signed Scherzer to a seven-year free-agent deal ahead of 2015, his age-30 season. At that time, Scherzer had one American League Cy Young Award, which he won with the Detroit Tigers in 2013. Cole will likely bring a resume that includes one American League Cy Young Award with him into free-agency. Cole securing seven guaranteed years this offseason feels overwhelmingly likely.

Traditionally, seven years has been the cut-off in long-term deals for pitchers - it's what Scherzer, Verlander, CC Sabathia, Stephen Strasburg and David Price all signed for. The guess here is Cole's deal will be a seven-year deal, but whatever team ultimately wins his services may be forced to include a vesting option of some sort for an eighth year.

In addition to his historic production, Cole may be reaching the market at the exact right time in terms of having motivated buyers. The New York Yankees lost to the Astros in the ALCS for the second time in three years. The Los Angeles Dodgers were upset in the NLDS. The Philadelphia Phillies, after landing Bryce Harper and J.T. Realmuto last winter, finished at just 81-81 and desperately need front-line starting pitching. ESPN's Buster Olney says that some of Cole's Astros teammates think he will ultimately sign with a team in California, which could mean the Dodgers, but he also notes that there's "industry speculation" that he could sign with the Angels, who are the closest thing to a hometown team for him.

There will be plenty of time to flesh out Cole's suitors, especially if the pace of free-agency last offseason is any indication. But a seven-year/$250 million deal is probably the bare minimum of what a Cole deal will look like. Expect there to be discussions of opt-outs, no-trade clauses and vesting options. After all, he may be the hottest pitcher to ever reach free-agency.

music
A Look Inside Date Night With Demi Lovato and Fiancé Max Ehrich
music
Official Video for Rolling Stones' 1974 Collaboration With Jimmy Page, 'Scarlet,' Premiering Thursday
music
'Sopranos' and 'Goodfellas' Writers Teaming Up for New Mafia Drama on Showtime
news
Como Verificar Mensajes Reenviados en WhatsApp
music
Our 15 Favorite Songs from the 'Twilight' Soundtracks
music
Here's How You Can Get Your Hands on Merch From the Notorious Fyre Festival