After the Houston Astros defeated the New York Yankees 8-3 Thursday evening, the Yankees are on the cusp of being eliminated in the ALCS by Houston for the second time in three seasons.

Brendan Kuty of NJ Advance Media says that as Greinke was warming up in the Astros bullpen before Game 4 of the ALCS, some Yankees fans hurled insults at Greinke, who has been public about his bouts with social anxiety disorder and depression throughout his illustrious career. Kuty later tweeted that some of the taunts directed at Greinke "referenced different prescription medications one might take."

Kuty's reporting featured an image of one fan that was ejected from the stadium for seemingly making inappropriate comments towards Greinke as he attempted to prepare for his start. This incident doesn't appear to have been as simple as ejecting one fan, though.

Yankee Stadium's capacity over is over 54,000. It's perhaps the lowest common denominator in sports debate to generalize an entire fanbase based on the actions of one, or even 100 fans. Even if 100 fans, for example, stood around the bullpen and made comments that crossed the line to Greinke, that's less than one percent of the fans that attended Game 4 of the ALCS. 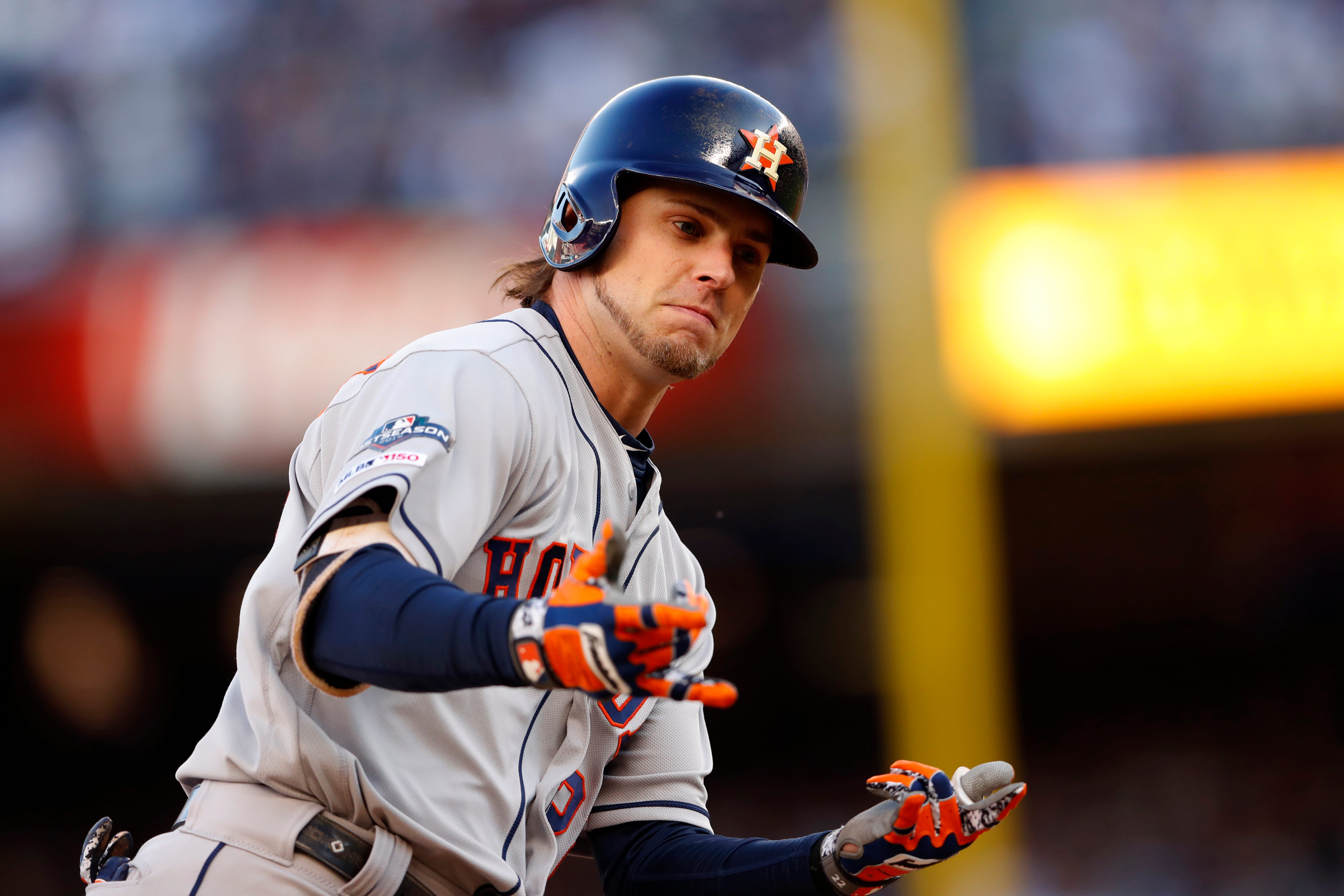 Astros OF Says Yankees Fans Were 'Disrespectful' During ALCS Game 3

Still, it hasn't been a good postseason from an optics perspective at Yankee Stadium.

During the ALDS, some fans chanted "Uber!" at Minnesota Twins pitcher Randy Dobnak, who has acknowledged that he had to work for the ride-sharing service when he played in the minor leagues to make ends meet.

Astros outfielder Josh Reddick is among those who have criticized the environment at Yankee Stadium during the ALCS, pointing out the dangers of fans throwing objects onto the field. Astros manager A.J. Hinch said that if objects were thrown onto the field again, he would have his team leave the field.

One way or another, Friday evening will be the final game of the ALCS that will take place at Yankee Stadium. If the Astros win the game, they'll win the series and advance to the World Series to play the Washington Nationals. If the Yankees win Game 5 Friday, Game 6 and Game 7 (if necessary) will be played at Minute Maid Park in Houston.