UFC kicked off with a bang in what will be another big year in 2020.

Conor McGregor, the biggest name in the sport, returned to the octagon for the first time in over a year in a highly anticipated welterweight battle with Donald "Cowboy" Cerrone, crushing him by TKO in just 40 seconds.

Meanwhile, in April, Khabib Nurmagomedov takes his 28-0 record into the lightweight title against Tony Ferguson.

There is plenty of more action between those two big fights, and more scheduled to come after the lightweight title.

Here's everything you need to know for the UFC 2020 calendar:

Fight Result: McGregor wins by TKO 40 seconds into round one

Fight Result: Blaydes wins by TKO in round two 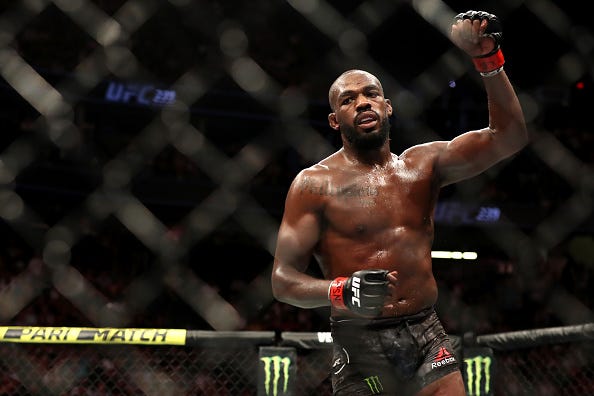 Fight Result: Anderson wins by TKO 3:32 into round one

The first pay-per-view headliner women's fight of the year will feature Weili Zhang out to defend her women's straw weight title against Joanna Jedrzejczyk, who called Zhang out "any time, anywhere" in Nov. 2019 as she continues to claw her way back to recapturing her title that she lost in 2017. The two will go head-to-head at the neutral site of Las Vegas. 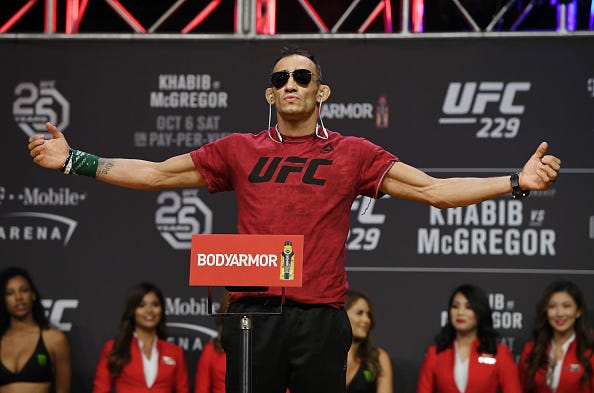 UFC will make it's return from COVID-19 on Saturday, May 9, as Tony Ferguson and Justin Gaethje headline UFC 249 in Jacksonville. It kicks off a stretch of three events in less than 10 days that will take place in VyStar Veterans Memorial Arena. The event is an exclusive pay-per-view on ESPN+.