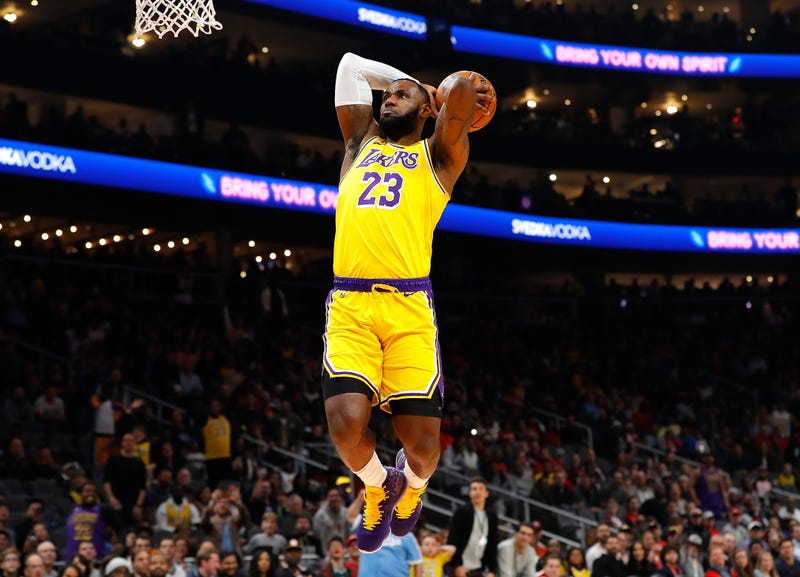 The King has inched toward yet another crown.

LeBron James passed Kobe Bryant for third place in points scored in NBA history in the Lakers’ 110-91 loss to the 76ers in Philadelphia on Saturday. James needed 18 points to surpass Bryant, and finished the game with 29 points on 9-of-18 shooting from the field, with eight rebounds and seven assists.

The historic bucket came on a nifty layup with James knifing around defenders in the lane:

With this bucket, @KingJames moved into 3rd on the all-time SCORING list! #PhantomCam pic.twitter.com/AOsrsYDi7R

Philly fans gave James a standing ovation during the first timeout after he passed Bryant, and he thanked them with a wave.

“I’m just happy to be in any conversation with Kobe Bryant, one of the all-time greats to every play,” James said after the game.

“Continuing to move the game forward @KingJames. Much respect my brother #33644”

James went on to detail his relationship with Bryant, a fellow prodigy who was drafted into the NBA out of high school. They first met when James was in high school and Bryant gifted him a pair of sneakers, and they later won gold medals together with Team USA at the 2008 Olympics in Beijing.

"There’s just too much. The story is just too much, James said. “The story doesn’t make sense. Make a long story short, now I’m here in a Lakers uniform, in Philadelphia where he’s from.”