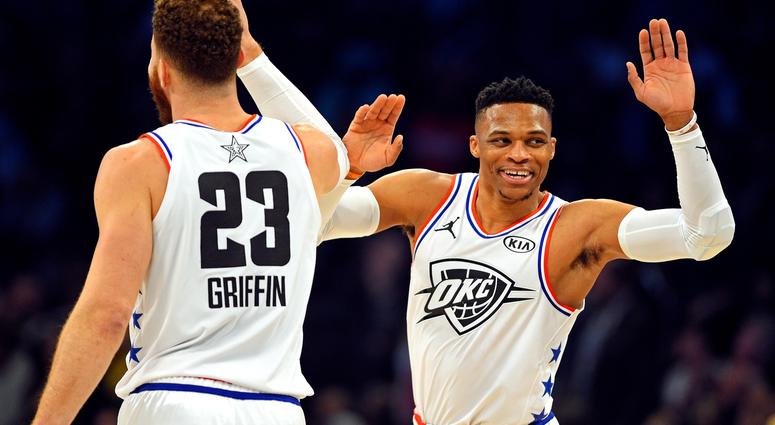 (97.1 The Ticket) -- Midway through the 2017-18 season, the Pistons shocked the basketball world by trading for Blake Griffin. Could they pull off another stunner this summer?

The Thunder are entertaining the idea of trading Russell Westbrook, and the Pistons are one of two "very real" potential landing spots, according to The Athletic. The Heat are the other.

In exchange for Westbrook, the Thunder, who dealt Paul George to the Clippers last week for a bevy of future assets, would likely want a first-round pick (maybe two) plus an NBA-ready prospect. In other words, it would be more than a salary dump.

To make the money work, the Pistons could send the likes of Andre Drummond, Reggie Jackson and Tony Snell to Oklahoma City. The latter two would seem to make the most sense, with the Pistons forming a Westbrook-Drummond-Blake Griffin trio to make a push in the East.

Those three alone would account for about $100 million of Detroit's cap next season.

Pistons senior advisor Ed Stefanski said last month the team was prepared to move forward with "our big three" of Griffin, Drummond and Jackson. He cautioned, though, that anything can happen.

Certainly, a trade for Westbrook would represent a dramatic twist -- while still aligning with owner Tom Gore's desire to win now.

Gores has said repeatedly over the past year that he would pay the luxury tax in order to add another star. However you might feel about his game, Westbrook fits that description.

The Pistons returned to the playoffs last season for the first time since 2016, but were swept in the first round by the Bucks. With Westbrook and Griffin leading the way, they could feasibly crack the top four teams in the East.