Ben Simmons is agreeing with one of his former teammate's assessments of what went wrong for the 76ers under former coach Brett Brown.

Simmons on Friday confirmed that the team suffered from a lack of "accountability" last season, a claim made by Josh Richardson, now with the Dallas Mavericks, upon Brown's dismissal last summer.

"He definitely was right," Simmons said when asked about Richardson's diagnosis.

Brown, 59, was sacked after the Sixers were swept by the rival Celtics in the first round of the Eastern Conference Playoffs at the NBA bubble in Orlando.

"We weren't in a position to go into that bubble and win," Simmons said. "I think our mindset was off, and accountability is a huge part of winning.

"So, I think [Richardson] was definitely right."

Richardson, later dealt to the Mavs for Seth Curry, said Brown was a very nice guy -- but perhaps too nice at times, when what the team needed was clearer expectations about roles and accountability if those expectations weren't met. 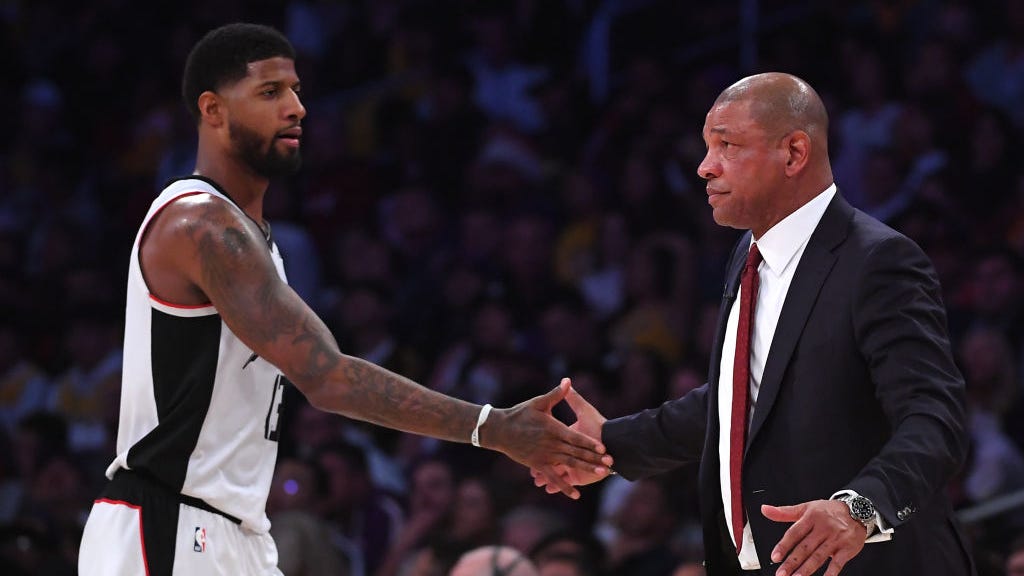 Having experienced the tough playoff exit, Simmons says the lack of cohesion was more acutely felt in the crucible of the bubble.

"You just can't come into a situation like the bubble -- if you guys aren't ready, and you don't have that chemistry and accountability already -- and Doc and I have spoken about it," Simmons said.

"You could tell the teams that were doing well in the bubble were tight-knit and were held accountable for certain things going on, and you could see it."

Reports since Rivers' break from the Clippers have painted an unflattering picture of a team racked with locker room strife that was unable to overcome its challenges.

"You kind of see it with the Clippers now, with things that are coming out," Simmons said. "Same with us. Guys weren't held accountable, myself included. So you really see it. A team that did well was the Lakers. The Heat were playing well -- they're a tight-knit group. The Celtics played well, and it showed in the bubble."

However, Simmons says accountability ultimately falls on players as much as it does coaches -- and he has noticed a palpable change in mood since the arrival of Rivers and some of the Sixers' new players.

“we weren’t in position to go into that bubble in win... our mindset was off and accountability is a huge part of winning”@6abc #BenSimmons #Sixers pic.twitter.com/kswNVNU4dz