Doc Rivers' entrance in Philly was a very welcome occurrence for 76ers fans and players. But his departure out west may have been equally as welcome to some of the Los Angeles Clippers, including star wing Paul George.

The six-time All-Star dealt with some performance issues in Los Angeles that were exacerbated once the postseason got underway, bring his "Playoff P" moniker to a new low: "Pandemic P." And though he acknowledged that anxiety and depression in the bubble affected his play in the Orlando bubble, he recently shed some more light on the problems that plagued his team and led to the Clippers' disappointing playoff exit.

Though he didn't directly indict Doc Rivers as the prominent factor behind the team's lack of adjustments, it would seem that coaching is the primary guilty party according to George's logic. He added that the same lack of practicing that hindered the team in the bubble were ones that should have been dealt with during the regular season, especially considering he missed training during the offseason while recovering from injury.

“We didn’t practice during the whole year,” George said. “That’s hard to do when you’re putting a fresh new group of guys together. Because the problems you have during games — those s---s can get ironed out in practice."

To the point that it was a new group of players being grouped together, George is right. He, Kawhi Leonard and Marcus Morris were prominent figures that built up the nucleus of the time, and all of them played for other teams in 2019 — Morris was even a midseason acquisition. But when you look across town, that "freshness" didn't hurt the Lakers all too much, as Anthony Davis, Avery Bradley and some other key pieces were first-time Lakers.

But George wasn't just upset about the team chemistry. He also thought that Rivers was utilizing him in the wrong manner.

“Doc was trying to play me as like a Ray Allen, a J.J. Redick — all pin downs,” George said. “I can do it. But that ain’t my game. I need some flow, I need some mixes of pick and rolls, I need some post-ups, just different touches."

No reason to worry, Sixers fans. You'd have to be the worst coach in sports history to deploy Ben Simmons as a Ray Allen or J.J. Redick.

George's full interview has yet to be released, but it may contain some more looks into how last season went down in Los Angeles following some other bombshell reports of player unhappiness. 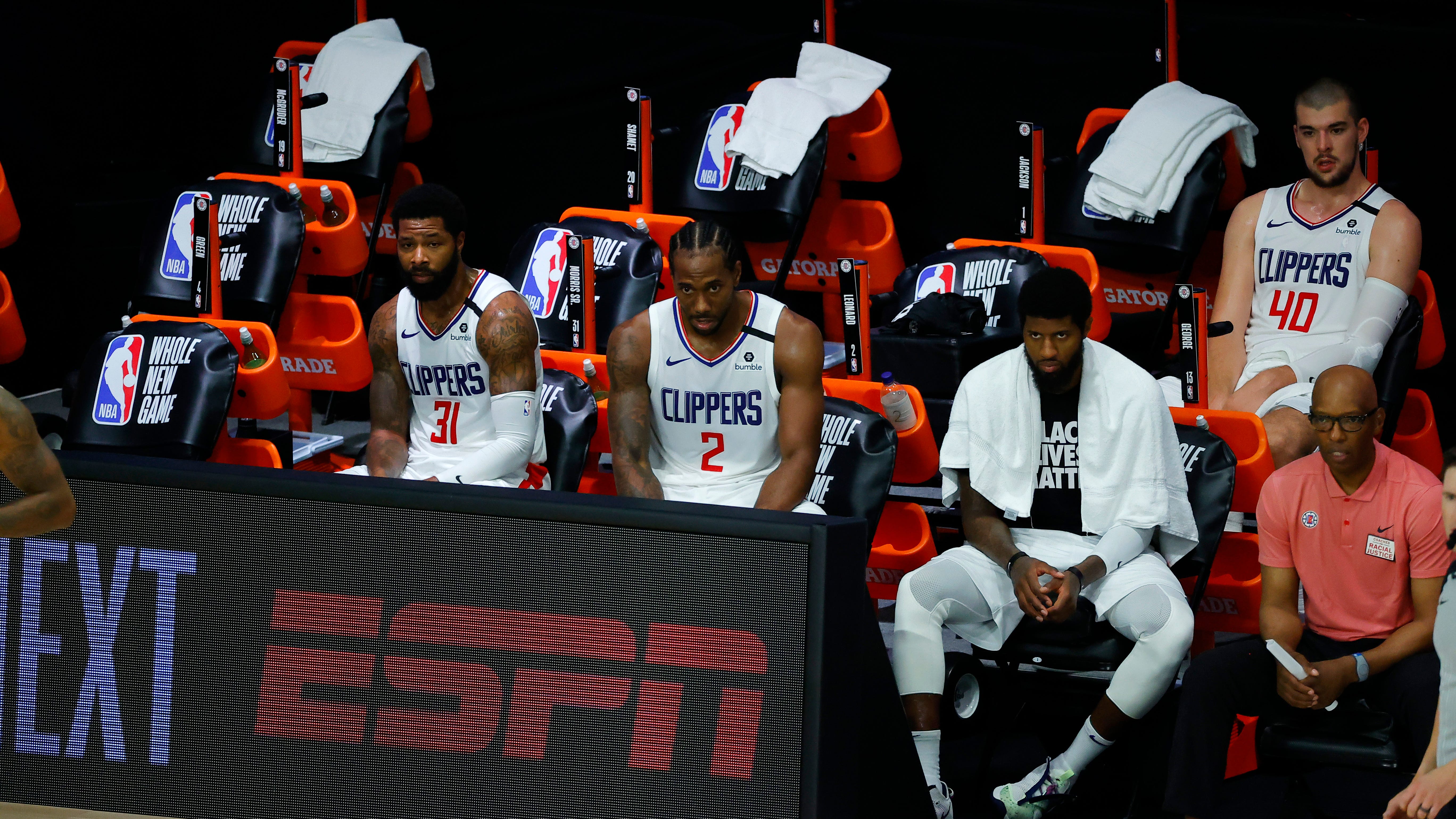 Should Sixers fans be overly concerned over these chemistry worries? SportsRadio 94WIP 76ers reporter Jon Johnson doesn't think so, but we shouldn't ignore it either.

"There's so much to look at," Johnson said. "There's player personalities in addition to coaching, there's ownership, there's the general manager... it certainly seems like a huge combination of 'bad' in LA. But it's certainly something to [take] note of as Doc Rivers is the head coach in Philly now.

"I can tell you... Paul George, to put it bluntly, he's a loser. He is someone who underperforms repeatedly in big games, and when things don't go right, he will blame other individuals other than himself, which he's doing again."

However, should the same alleged preferential treatment of Kawhi and PG occur with Ben Simmons and Joel Embiid, Johnson thinks it will have a negative impact on the team culture.