The race to the bottom is underway. The NBA’s second half kicked off Thursday, marking the unofficial beginning of lottery-watch season, when the final two-dozen or so games for each team will go a long way toward determining their position in the annual draft in June.

This year, there are mostly familiar faces vying for the top picks, with one notable exception. The Golden State Warriors collapsed with Stephen Curry, Klay Thompson and Kevin Durant all either injured or departed from their recent championship teams. Finding themselves among the league’s cellar dwellers for the first time in years, the Dubs are in unfamiliar territory—and in good position to rejuvenate their aging roster.

Here’s our early second-half guess at where the Warriors and others will be drafting, and who they’ll draft, based on the current projected lottery if the season were to end today. 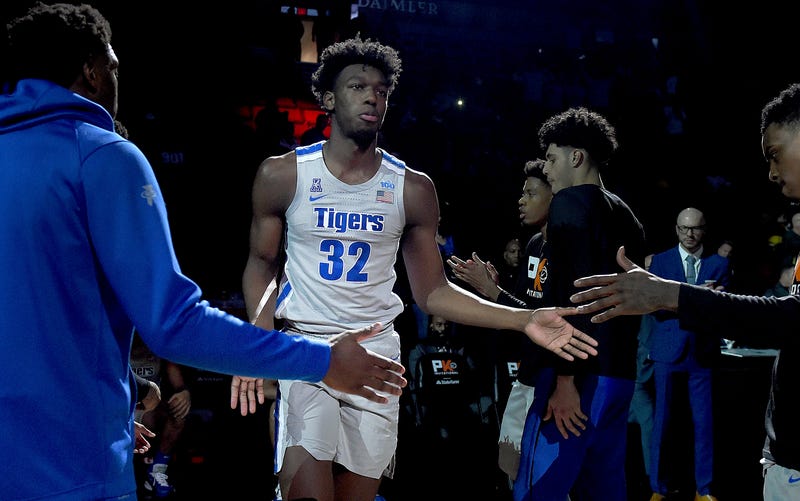 It’s only fitting in a bizarro year in which the Warriors finish with the league’s worst record that they would make a somewhat bold selection. Wiseman has been preparing for the draft for months now after stepping away from his team at Memphis amid an NCAA investigation over his eligibility. The stud big man was a likely top-5 pick before his abrupt exit from Memphis, and probably still is in a weak draft class.

The Warriors could just as easily trade out of the top spot, or snag a guard, such as Georgia’s Anthony Edwards, to add another ballhandler and scorer in the backcourt behind Curry and Thompson. But Wiseman is the best physical talent in the draft, and drafting him could allow the Warriors to move on from Draymond Green while giving more minutes to the revitalized Marquese Chriss, Kevon Looney and Wiseman. 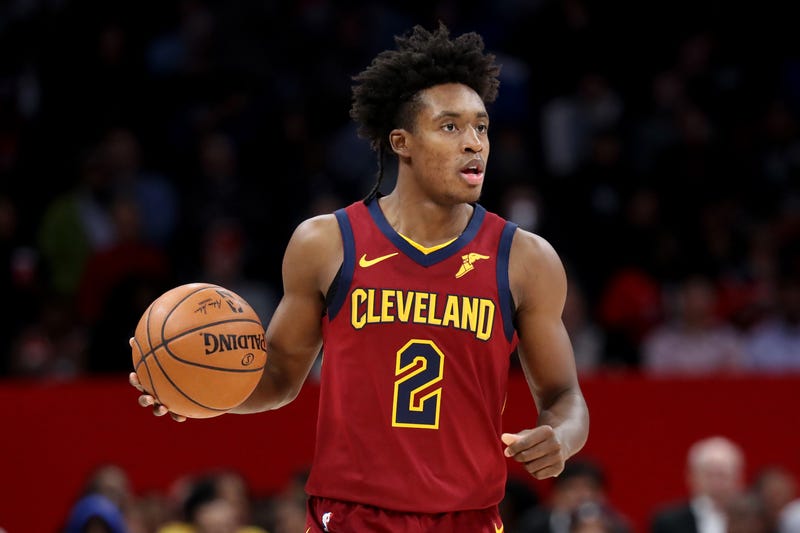 The Cavs’ roster is unbalanced with a glut of veteran centers, but a closer look reveals a talented young backcourt nucleus of Collin Sexton, Darius Garland and Kevin Porter. Avdija, a 6-foot-9 combo forward prospect playing in the Israeli league, is a trendy pick and would make for a sensible addition to Cleveland’s frontcourt. He is said to have somewhat limited athletic ability, with a high basketball IQ and refined game for his age at just 19. 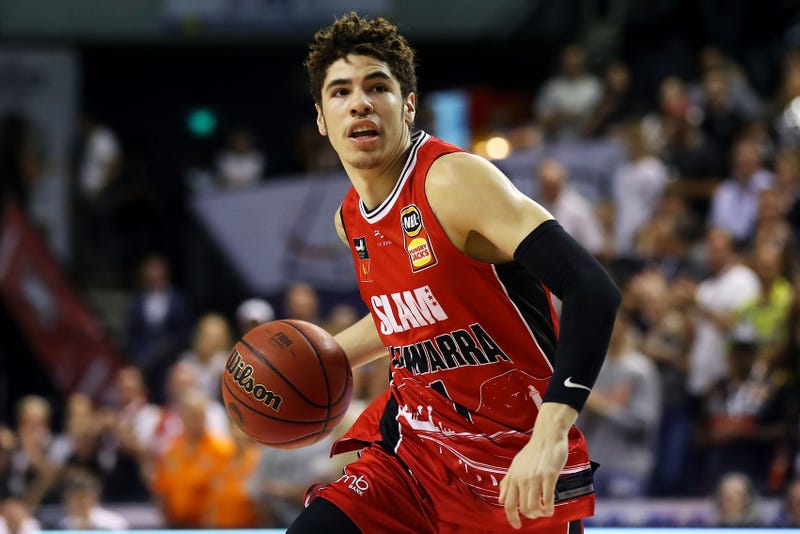 The Hawks could use some depth at the point. The often-dinged Trae Young is option A and B, but it’s unclear whether he can hold up over the course of a long season. Ball circumvented college ball by playing abroad in Australia, appearing in 13 games. The 6-foot-7 point guard appears to have a pass-first, playmaker-oriented style of play, like that of his brother Lonzo. Backing up Young could be a nice landing spot for Ball, and the Hawks could stand to gain from a change of pace with their primary ballhandler on the second unit. 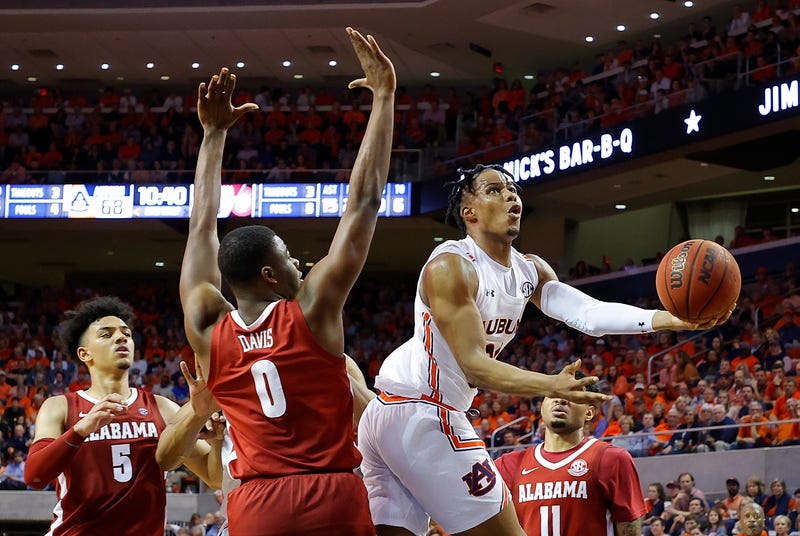 Bad teams shouldn’t draft on roster needs, instead focusing on stockpiling talent. Okoro would actually satisfy both for the new-look Wolves. The cupboard is bare beyond Karl-Anthony Towns and recently acquired D’Angelo Russell, and the jury is still out on 2019 top pick Jarrett Culver. Okoro’s calling card is his defense, and positional versatility. The question is whether he has the offensive chops to be more than a 3-and-D role player. The Wolves should be willing to find out as they seek to find a replacements for Andrew Wiggins and Robert Covington. 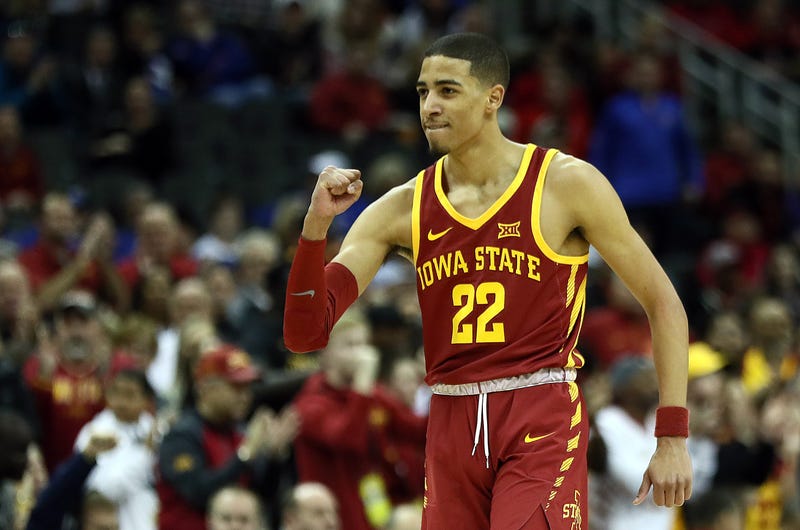 The Knicks need help everywhere, especially in the backcourt. Elfrid Payton has reestablished himself as a viable NBA point guard, but Dennis Smith Jr and Frank Ntilikina have not worked out and appear unlikely to return next season. Haliburton’s season ended prematurely due to a wrist injury, but he was surging up draft boards before that. With his high basketball IQ, knack for playmaking and strong shooting percentages, Haliburton appears to have a high floor and is gaining traction accordingly in a weak draft class. The Knicks could certainly use some of what he has to offer. 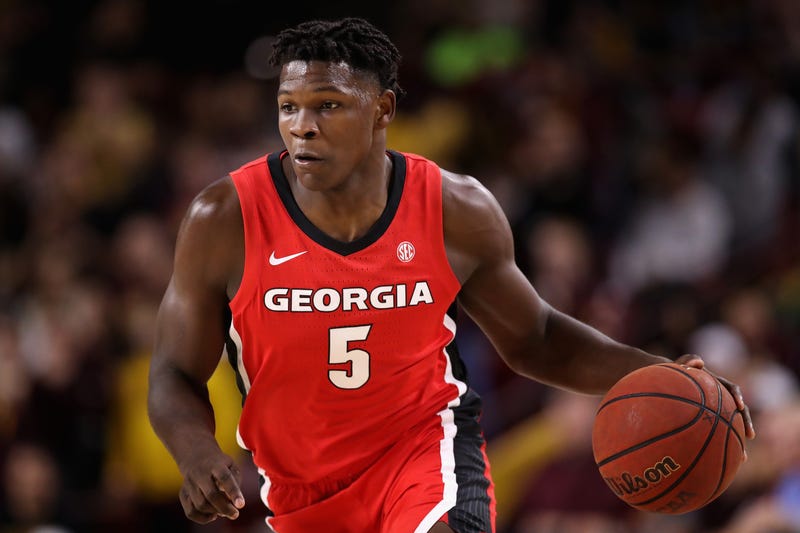 Anthony Edwards was a consensus top-5 recruit out of an Atlanta high school before joining the Georgia Bulldogs. Photo credit Getty Images

Admittedly, it would be something of a shock if Edwards were to fall this far, as some mocks have him going as high as first overall. The Atlanta native has mostly delivered on the promise that made him one of the most prized recruits in the country coming out of high school, save for some spotty shooting. At 6-foot-5 and 225 pounds at the precocious age of 18, Edwards has a highly projectable physique and tools even if he hasn’t displayed that shooting touch yet. 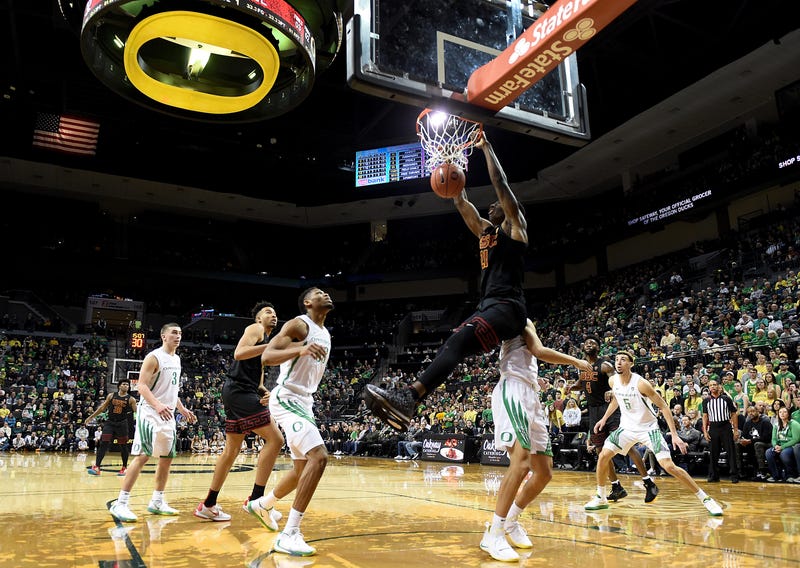 Okongwu has broken out as one of the best defensive players in the country, averaging over 4.0 blocks and steals combined per game, and is gaining steam ahead of the draft accordingly. The 19-year-old is a bit undersized for center at 6-foot-9, and his offensive game is limited mostly to high-percentage shots in the pain, but he plays with an incredible motor. 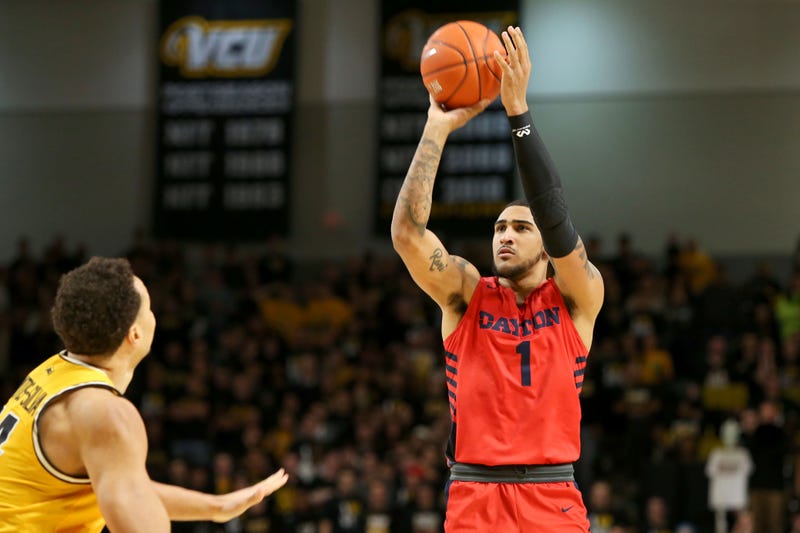 Obi Toppin leads the NCAA in dunks and is shooting 36% from deep this season. Photo credit Getty Images

Toppin, 22 in March, is a frontcourt scorer who ranks among the nation’s leaders in shooting percentage on account of his frequent finishes around the cup. He’s added a credible three-point shot to his arsenal this year, and wowed scouts while playing against better talent at showcases like the Maui Invitational. Talent evaluators are said to view him as having a high floor, making him a strong candidate to produce and stick around at the NBA level. 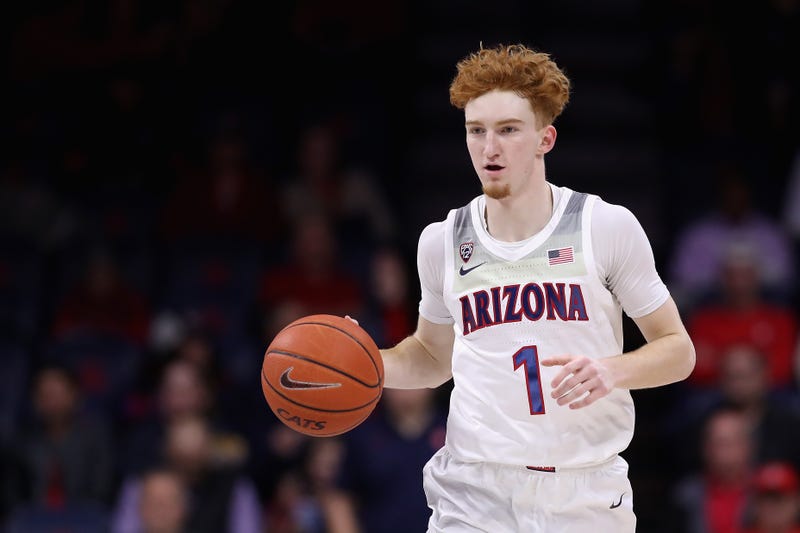 The Wizards could use a point guard as insurance for John Wall, who is slated to return next year after missing all of this season due to injury. Mannion has been erratic at times as a true freshman, but the skill and feel for game that made him a five-star recruit are apparent. Not due to turn 19 until March, someone could use a top-10 pick on Mannion in hopes his game matures, chiefly in refining his shot selection and driving to the basket more often. 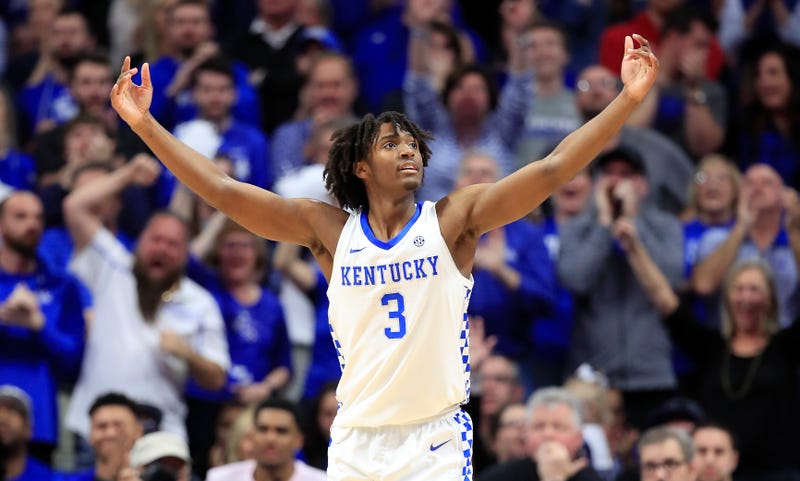 The Kings could use a 3-and-D wing or combo forward, but their options will be limited drafting in this territory. Maxey, a score-first combo guard, has been up and down as a true freshman, though his talent and upside are obvious. He erupted for a game-high 26 points against Michigan State in his first game, not a bad debut for a guy who just turned 19 in November. Perhaps the Kings will be emboldened by their recent success with drafting and developing another raw guard out of Kentucky, De'Aaron Fox.