It is a tough time being a sports fan.

The coronavirus pandemic has put the world on halt, and that includes sports. It may be months before we see any game action again, but that does not mean we cannot speculate on what the future holds.

There still needs to be an NBA Draft for the 2020-21 season, and with the college basketball season officially over, it cannot hurt to take a peak at just how things may shape up.

While the draft order is far from final — there is still the lottery and the odds of each team in the lottery will depend on whether or not the NBA resumes its regular season — we have decided to base it on how the standings are currently shaped amid the suspended season.

Draft speculation is constantly changing as players' stock is rising and falling and teams begin to fall in love with certain players. This year is a little tougher to project because there is no bonafide star like Zion Williamson or Ja Morant.

Here's one look at how the top 10 picks could fall: 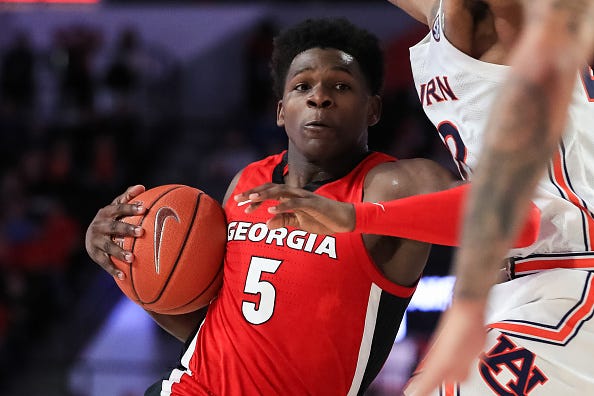 With no clear-cut No. 1 overall pick, the Warriors may trade out of the top spot — should they win the lottery. But Edwards seems like an ideal fit for the Golden State Warriors. He’s similar to Andrew Wiggins in many ways, so there could be some skepticism with this pick, but he’s an athletic 6-foot-5, 225-pound guard who can shoot which is exactly what the Warriors — and the NBA as a whole — are prioritizing in this day in age.

With Stephen Curry and Klay Thompson healthy, the Warriors would not need to ask a whole lot out of Edwards, either, and have him focus on his strengths to be a contributor for a title-contending team. It also can’t hurt to have the Splash Brothers around him as guidance as they work on developing him beyond just a spot-up shooter.

A few highlights from Deni Avdija's 21-point, 8-rebound, 2-assist game for Israel in a win over Romania. The 19-year-old is one of the draft's most well-rounded prospects given his ability to pass, handle, and shoot at 6-9. Film Breakdown from Tel Aviv: https://t.co/aZuzWHDZTH pic.twitter.com/RETCL9f0PF

If there is one absolute certainty in this NBA Draft, it is that no matter where the Cavs pick, they will most likely target a winger, which makes Deni Avdija the most logical decision. The 6-foot-8 19-year-old has shown versatility with his combination of size and shooting in the Israeli Premier League along with solid defensive play

With veterans Kevin Love and possibly Andre Drummond in the frontcourt, Avdija would have talent around him to make him a playmaker on the floor. Josh Halickman of SportsRabbi.com calls Avdija a “poor man’s Luka Doncic,” but adds “if he is given the key he will also see his game improve and evolve.” 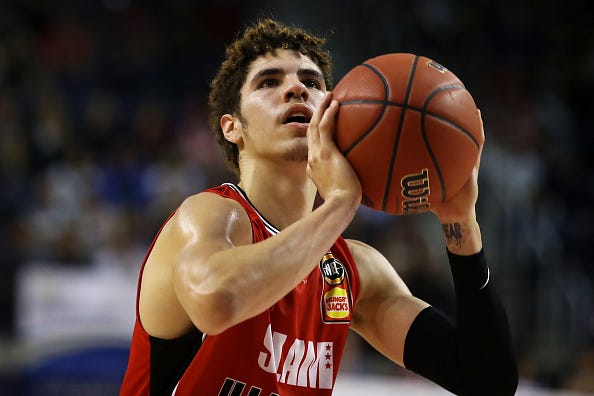 The Timberwolves are in a pretty good position to succeed next season with the duo of Karl-Anthony Towns and D’Angelo Russell. What they need is someone in the backcourt to pair with Russell and who better than LaMelo Ball? He could play the point and be the distributor while Russell plays the two and is the scorer and Towns is the dominating presence down low. Ball could score, too, when given the opportunity and he has been hyped up since he was a teenager and may even be better than his brother, Lonzo. 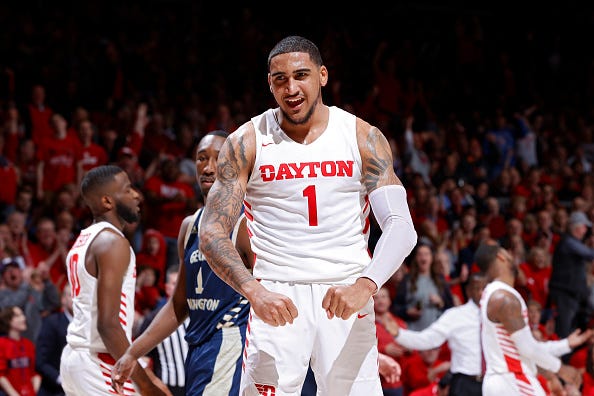 If the NCAA Tournament was not cancelled this year, we all would have spent the next weeks buzzing about Obi Toppin. The 6-foot-9 forward averaged 20 points and 7.5 rebounds this year with Dayton, and drained 39 percent of his 3-point attempts. Oh, and he can dunk. He may not garner the attention of Zion Williamson, but he led the nation in dunks this season and had Dayton as a legitimate title threat.

Toppin should fit in nicely with the Hawks, too. He is similar to John Collins — a little smaller but could still create a mismatch. Atlanta has a good foundation with Trae Young in the backcourt and Clint Capella in the frontcourt and Toppin’s versatility should allow for him to fit in the offense. 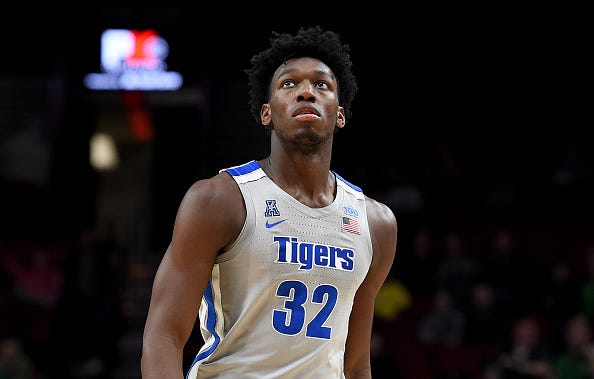 Wiseman was the nation’s No. 1 recruit and many have tabbed him as the top pick in this year’s draft, but he only played three games before he was suspended and decided to leave the university and prepare for the draft. With little college experience and no game on the perimeter, it’s feasible that Wiseman’s stock could slip drastically.

Still, Wiseman is 7-foot-1 with a 7-foot-6 wingspan who can protect the rim and fly up and down the court for someone at 250 pounds. That size and athleticism is hard to come by and will draw plenty of teams toward him, including the Pistons, who traded away Andre Drummond. Perhaps Detroit does not want to invest heavily in a center again, but if the Pistons hold the fifth pick and Wiseman is there, it would be tough passing on him. 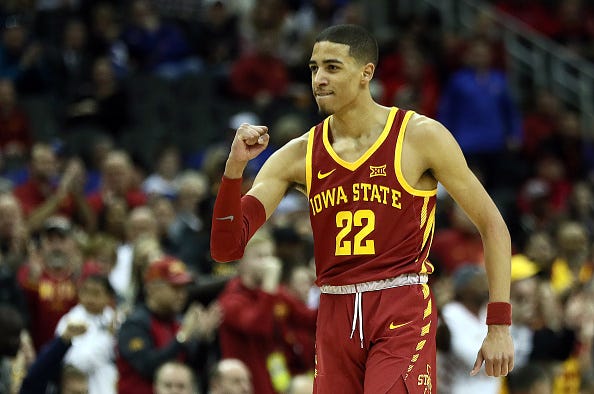 The Knicks could use a point guard to pair with RJ Barrett in the backcourt, and Haliburton should be able to fill that role. The 6-foot-5 point guard has drawn comparisons to Lonzo Ball as a great passer, but he also showed this season at Iowa State he can be a primary scorer, too, before his season was cut short due to a fractured wrist. He played in an NBA scheme at Iowa State, so transitioning to the new league should not be too much of a tall task for the 20-year-old, although he will need to show he can shoot the 3 at NBA range.

He may not be the sexiest pick for the Knicks, but Haliburton has a high ceiling and the tools to be dependable and contribute right away. 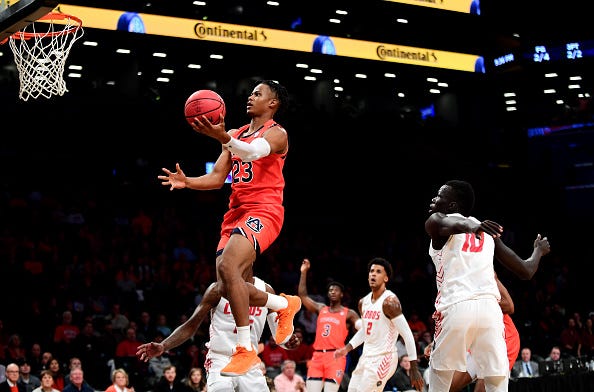 Okoro garnered a reputation with his stingy, physical defensive play his freshman year at Auburn where he showed he can defend quick guards and big forwards. His offense numbers — 12.9 points, 4.4. rebounds and 2.2. assists — leave some room to be desired, especially his 3-point shooting, which comes in at just 29 percent.

He did, however, shoot 60 percent from inside the arc, and he has been lauded for his versatility and basketball IQ. There is potential for him to grow, especially in a place like Chicago, which is loaded with guards but can allow Okoro to start out as an option off the bench and could serve as a sparkplug with his physical defensive play. 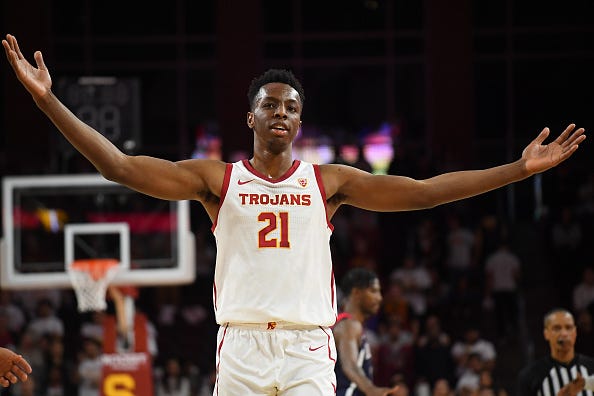 Okongwu averaged 16 and 9 (rebounds) this season at USC, establishing himself as a dominating presence under the rim. Like Wiseman, Okongwu is more of a traditional center with not much of an outside game, and at 6-foot-9, he would be small at the 5, but he does not play small. He finished 66.4 percent at the rim and is a defensive force inside the paint, averaging 2.7 blocks per game. The potential is certainly there on both ends of the floor and he could be a good building block in Charlotte. 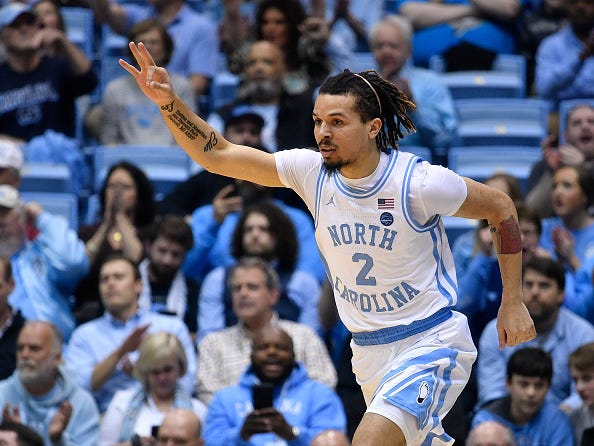 This could prove to be a huge steal in the draft should Anthony slip this far. Prior to the season, Anthony — the son of former NBA player Greg Anthony — was a projected top-five pick, but after a season mired in injuries and disappointment at UNC, his stock has taken a bit of a slide. But there is a reason he was such a highly-touted prospect — he is a great facilitator who can shoot.

While the Wizards already have John Wall and Bradley Beal, Anthony has the versatility to play either guard position, and it would give them insurance for Wall. He can work as an option off the bench and should benefit from better talent around him, especially if he can get in a rotation with either Wall or Beal. 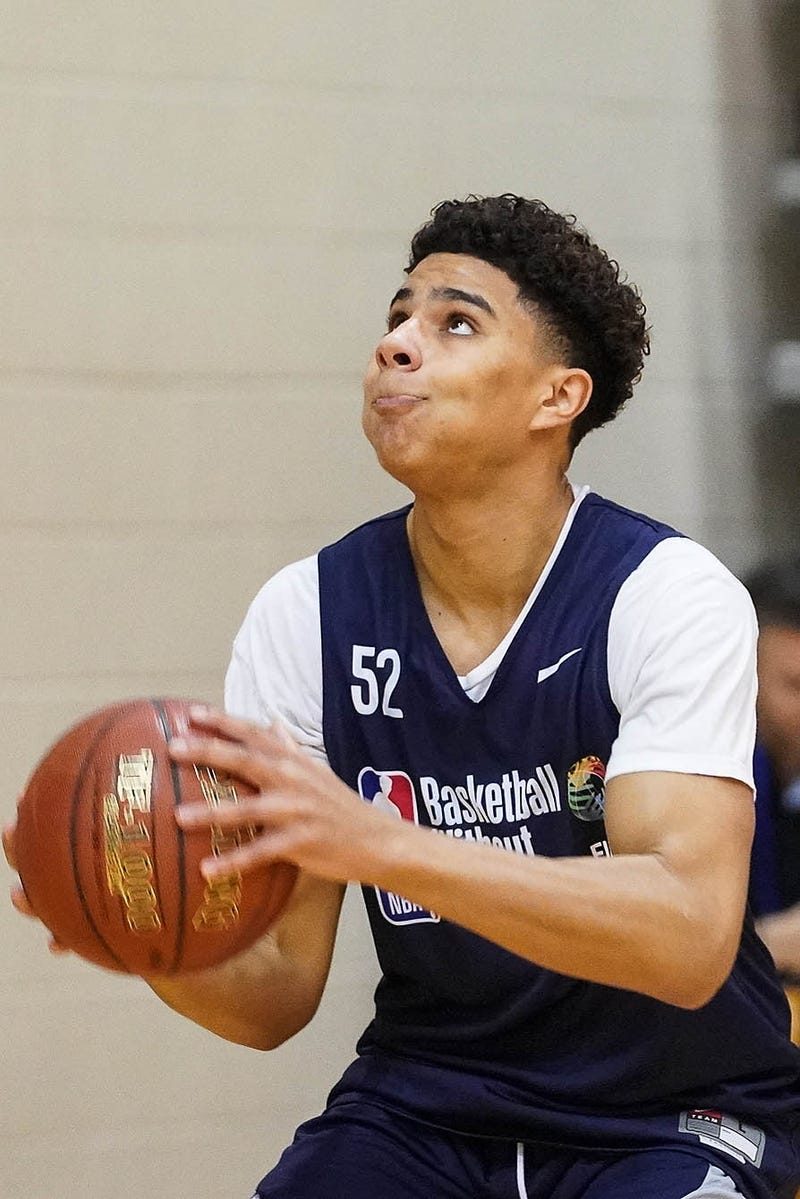 Speaking of steals in the draft, Hayes going 10th to the Suns could be a sneaky great pick. The Suns will be looking to add a point guard and Hayes could fly under-the-radar. He still needs to develop a 3-point shot, but he is a great facilitator who should be able to feed players like Devin Booker and Deandre Ayton the ball.