Several of the NBA’s top storylines have already practically been sorted out at this point.

It’s not bold to say that the Milwaukee Bucks and the Los Angeles Lakers are favorites heading into the second half of the season. It doesn’t require too much audacity to call Giannis Antetokounmpo the favorite to reel in back-to-back MVP awards. You won’t turn too many heads saying that Nick Nurse is a lead candidate for the Coach of the Year awards.

However, if you dig deeper, there are definitely some possible scenarios that make the second half of the NBA season more intriguing. Here are five of those stories and how they could ultimately turn out. 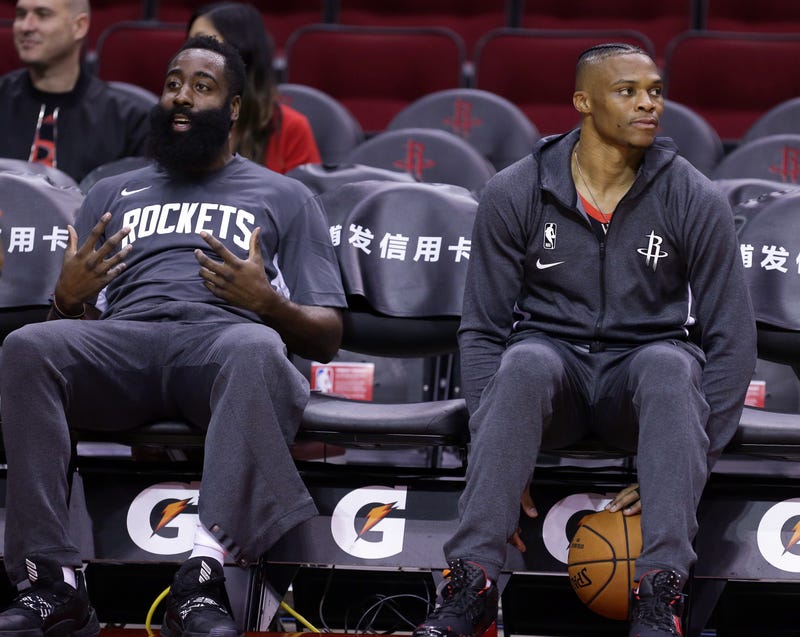 James Harden and Russell Westbrook are the stars of the Rockets. Photo credit (Bob Levey/Getty Images)

James Harden and Russell Westbrook Both Exceed 30 Points per Game

In the 1971-1972 NBA season, history was made. The Lakers’ Elgin Baylor and Jerry West averaged 38.3 and 30.8 points per game, respectively, marking the only time in NBA history that two teammates had both exceeded the 30 PPG mark. No one had done it before. No one has done it since.

2020 could see the second pair of teammates achieve this feat, but it would be a fairly steep climb.

James Harden, barring some sort of unprecedented and massive drop in production, is basically a lock to accomplish this scoring feat for the third consecutive season. He leads the NBA with 35.3 PPG and has only scored fewer than 25 in eight games this season.

Russell Westbrook, however, will have his work cut out for him. He’s not far off the mark right now, though, at 27.2 PPG. The recent move to go smaller as a team will ultimately be the factor that allows him to ramp up his game. We’ve already seen a preview of the effect Clint Capela’s departure has had on Westbrook’s usage and scoring production, though.

In the five games that Westbrook has played since January 29 (the span in which Capela was inactive and then traded), he has averaged 34 PPG. In the three since Capela has been traded, that average goes up to 38.7 PPG. Those three games are also No. 1, No. 4 and No. 11 in Westbrook’s top usage rates on the season.

The math shows that Wesbrook would need to average 35.08 PPG the rest of the way, assuming he plays 70 total games on the season. It’s a tough number to achieve, but with the way the offense looks in the small-ball Houston lineup, it’s not out of the picture. 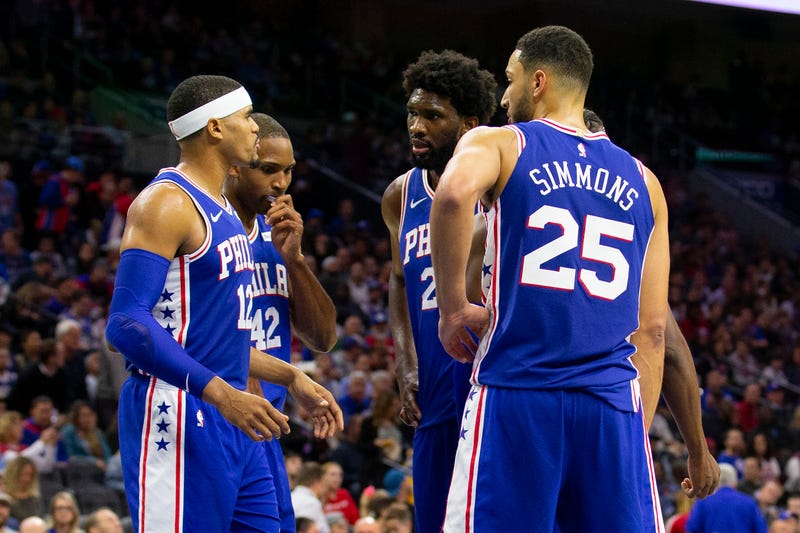 The Sixers had a disappointing first half. Photo credit (Mitchell Leff/Getty Images)

The Sixers Finish as a Top Three Seed in the East

It’s been a roller coaster of a season for Philadelphia. Preseason hype had recently made life difficult for Philadelphia fans of another sport, when the Super Bowl-favorite Philadelphia Eagles barely eked by in the regular season and made a quick exit in the playoffs.

Similar expectations surrounded the 76ers after they made a splash in free agency, taking Al Horford from their rival Boston Celtics and building one of the most imposing starting fives that the league had to offer.

At home, the team has played up to expectations, boasting a 25-2 record with wins against the Lakers, the Clippers, the Celtics and more top teams. On the road, they are 9-19, allowing nearly 10 more points per game to opponents and looking like a different team altogether.

Turmoil in the locker room, with the fans and in other areas have made the 76ers one of the most polarizing teams in the league. Some say that Ben Simmons and Joel Embiid will never find success together, much to the chagrin of diehard supporters of the Process and to the players themselves.

The fact that this is a bold prediction shows that the season has not gone completely as planned, but as the fifth seed in the East and with the second-easiest strength of schedule remaining (via Tankathon), the Sixers are in a good position to leap over some teams ahead of them. Their latest strategic move to shift Al Horford to a bench role worked wonders in their most recent game, a win over the Los Angeles Clippers.

Embiid led the team with 26 points and a usage rate of 36.7%. When he was off the floor, Horford seamlessly replaced his presence, as the team boasted an absurd 196 offensive rating with Horford on the floor, and his box score +/- was a +10. The ability to replace and rest a starting center with another starting center will be a huge boost to the Sixers productivity and chemistry throughout the second half of the season, so long as Horford has no gripes with a bench role. 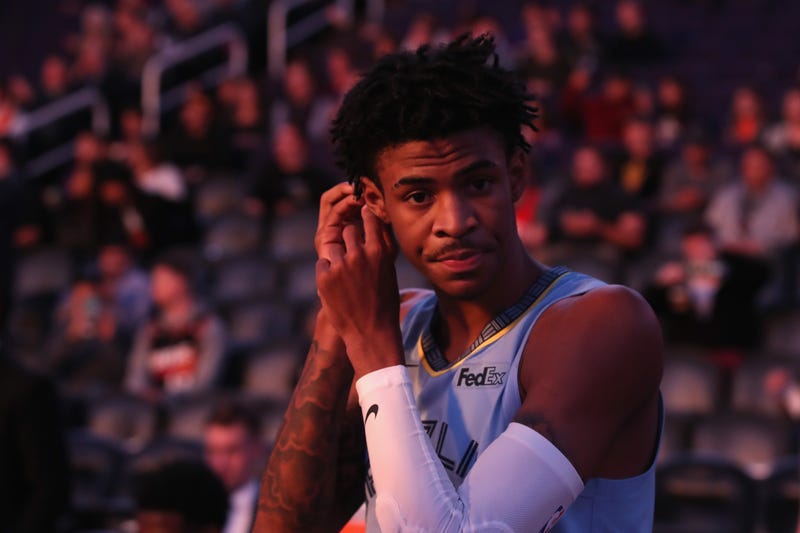 Can Ja Morant and the Grizzles hold onto a postseason spot? Photo credit (Christian Petersen/Getty Images )

Memphis Grizzlies Miss Out on the Playoffs

The Grizzlies are playing with a fire right now. Young talent led an 8-2 surge going into the All-Star break, with wins against playoff-bound teams like the Denver Nuggets and the Dallas Mavericks. The other wins came largely against unimpressive opponents, including the Detroit Pistons and New York Knicks.

There are a couple reasons that the Grizzlies could regress in the second-half. Basketball Reference’s Simple Rating System (SRS) is an attempt to objectively evaluate and rank each team using point differential and strength of schedule. The team ranks 20th in the league according to this metric, giving them an expected record of 25-29 as opposed to where they currently sit, at 28-26. Memphis also has the most difficult strength of schedule remaining (via Tankathon) out of any team in the NBA.

However, the most concerning factors affecting Memphis’s playoff chances is not something they can control: instead, it’s the teams that are right on the Grizzlies’ tail.

The Trail Blazers recently suffered a blow with the injury of franchise centerpiece Damian Lillard, but according to the point guard himself, the injury couldn’t have occurred at a better time. Because of the All-Star break, Lillard won’t miss significant time, as his groin does not appear to be severely injured. With a bevy of playoff experience on the roster and the return of Zach Collins in the not-so-far future (and potentially Jusuf Nurkic, too) bodes well for the Blazers to make a late-season push.

The scarier team in the running, though, is the New Orleans Pelicans. 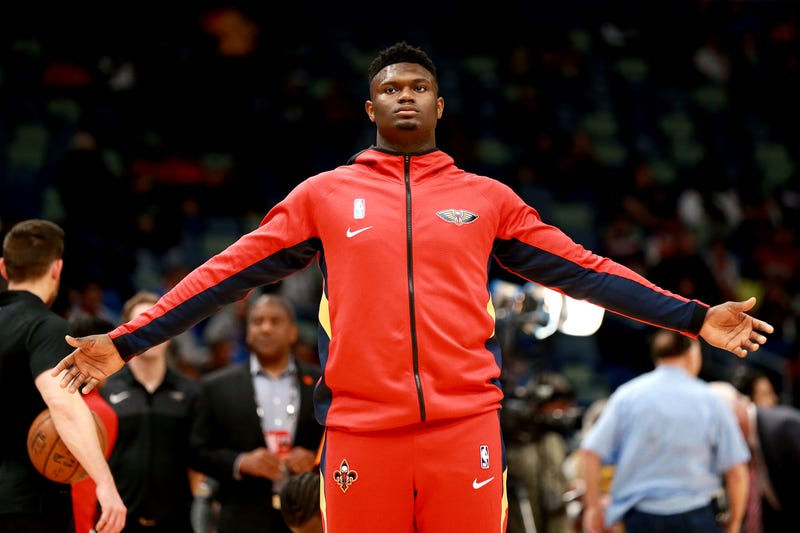 Zion Williamson has had a dominant start to his NBA career. Photo credit (Sean Gardner/Getty Images)

Zion Williamson Wins Rookie of the Year Over Ja Morant

Sorry, Grizzlies fans. I didn’t mean for these predictions to be a personal blow towards the franchise. After all, Memphis has exceeded everyone’s expectations so far this season.

But Ja Morant, like his team, is in trouble of someone hot on his tail.

If the Pelicans make the playoffs, it will be hard not to give a humongous portion of the credit to Zion Williamson.

I’ve already written about just how dominant he’s been so far this year, and despite the fact that Morant is currently the favorite to win the Rookie of the Year award, it would be really, really difficult not to hand over those honors to Williamson if he keeps up his play.

His first ten games have been up there with the greatest debut performances of all time. The team is rallying around him and has won some really impressive games against opponents like the Celtics (by 15), the Trail Blazers (by 21) and -- you guessed it -- the Grizzlies (by 28!).

With the easiest strength of schedule remaining, the Pelicans have a real shot at making the playoffs. If they do, Williamson will undoubtedly be the driving force, and that should be enough to propel him into first place in the Rookie of the Year running. 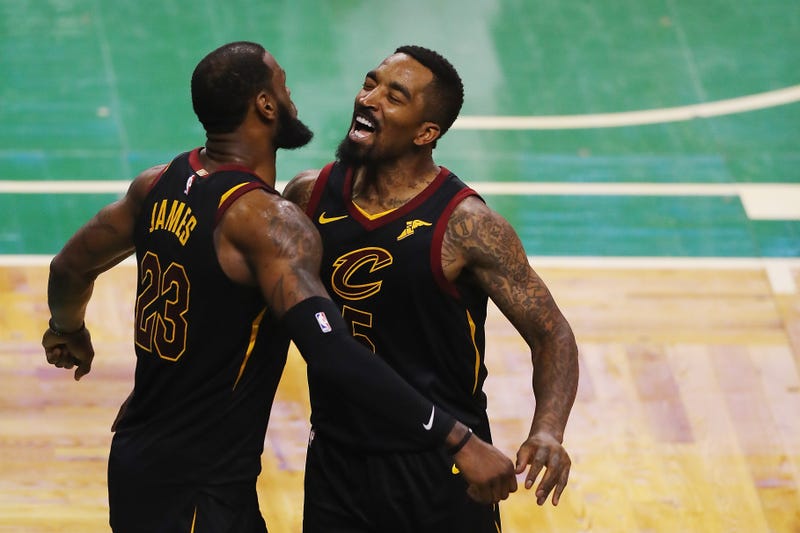 It’s hard to improve a roster that has won 41 games and lost only 12, leading to a No. 1 seed in the talent-packed Western conference. But there are some holes in the Lakers’ game, and there are some free agents who would certainly help fill those holes.

The Lakers currently rank 19th and 24th in three-point field goals and attempts, respectively, and can only rely on a few options (Kentavious Caldwell-Pope and Danny Green, most heavily) for production from beyond the arc. When Caldwell-Pope is on the floor -- roughly 53% of the time -- the Lakers allow five more points per 100 possessions than when he’s off. Danny Green is on the floor 51% of the time, and the team’s defensive effectiveness stays nearly the same. What would be helpful is a player that can provide three-point shooting and good defense.

How many teams lack shooting an perimeter defense??

Marc Stein reported that the Lakers were expected to give Smith a workout after the deadline passed, and though no news has come since that initial report, a playoff veteran like Smith who has played alongside LeBron James has to be considered a valuable commodity going forward. Signing him to a veteran’s minimum deal is the only option this team can afford, but it may be well worth it heading into the postseason.