Some will take after Bert Lance and say that if the Sixers ain't broke, don't fix them. And seeing as they sit atop the Eastern Conference with a 12-6 record, including a recent two-game sweep of the Boston Celtics, one might not consider them to be broken. And seeing as Ben Simmons is still posting typical Ben Simmons numbers (12.8 points, 8.4 rebounds, 7.9 assists, 1.7 steals, 0.9 blocks per game) and has a +7.8 net rating when he's on the court, those same fans may not consider him to be a problem that needs fixing. He certainly didn't seem like one in outstanding recent efforts against the Celtics and Pistons.

.@BenSimmons25 gave us what we needed.

But there are also those that see what the 76ers look like when Joel Embiid is off the floor. There are those who realize Ben Simmons' +7.8 net rating is also a benefactor of playing predominantly with the starting group. And that he's averaging way fewer field goal attempts per game, without even picking up extra attempts that are left open in games that Joel Embiid sits. And that whenever the offense seems to stall, it's because he's driving with no plans to attack the basket, only to stop, pass the ball out, and lose 10 seconds off the clock. And that as valuable as his defense is, he has a negative offensive box plus/minus of -0.3, tied with such stars as Kyle Anderson and Khem Birch.

Needless to say, there are fans on both sides of the equation. The debate to keep or move Simmons is one that has taken over the 76ers fan base — I actually believe my desire to trade Simmons has caused my friend on the other side to actively dislike me — and one that has many pros and cons for each side. One thing we do know is that the 76ers were willing to shop Simmons around in the James Harden sweepstakes, and no matter what Daryl Morey or anyone else says, I don't buy that he's completely untouchable. 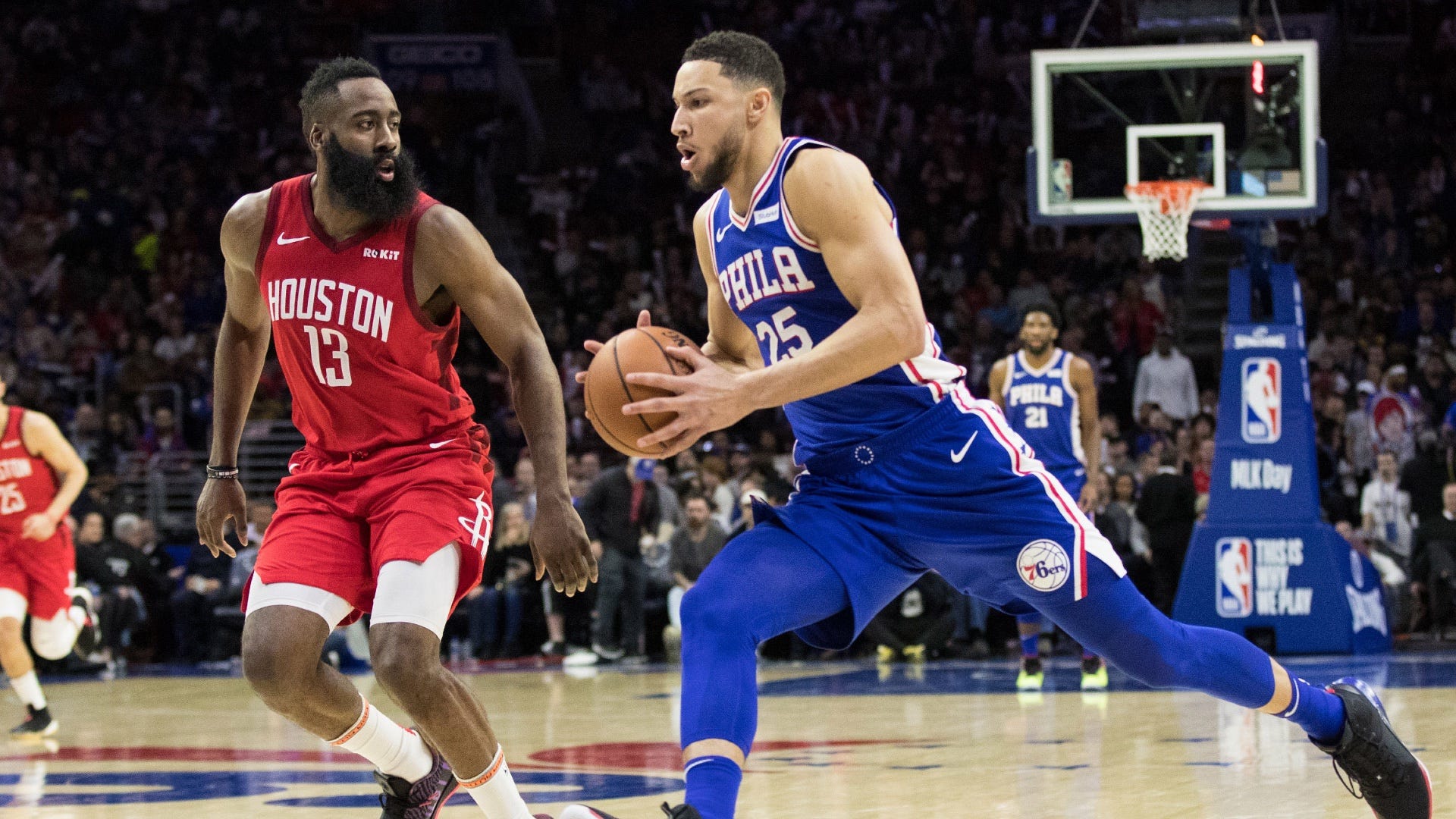 What We Learned From The Sixers Pursuit Of James Harden

And with Doc Rivers saying that Morey was looking not only at Harden but at "several trades so far" that Rivers wasn't a fan of, we feel as though it's worth it to take a look. I'll put on my Morey cap and fire away some trade ideas; you, the readers, play Doc Rivers and tell me whether or not you'd want to do it, should the other team be willing. For what it's worth, all of these deals satisfy financial requirements, according to ESPN's NBA trade machine, except for Trade 2, which is very close but would require the Nuggets to do some tinkering. 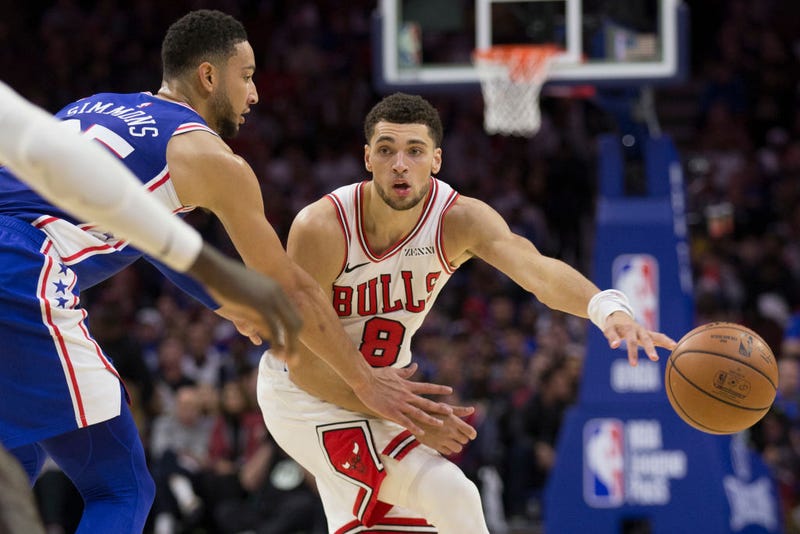 Zach LaVine would give the Sixers a huge boost on the offensive end. Photo credit (Mitchell Leff/Getty Images)

The Bulls don't really have an identity right now, but Ben Simmons would give them one. Quite frankly, a player of Simmons' elite defensive caliber and offensive facilitation skills could give any team an identity, unless that team has — and should be built around — a player like Joel Embiid.

The Bulls have a solid foundation already that they could build around Simmons. Capable scorers like Coby White, Patrick Williams, Lauri Markkanen and Wendell Carter Jr. would give him a decent supporting cast to start, and Otto Porter's expiring contract would expedite that rebuild this offseason. Also, not having to give up their 2021 first-round pick — one that will likely be a lottery selection — is a key factor here.

In return, the Sixers would get a dominant scorer and, more importantly, shot creator in Zach LaVine, whose 27.0 points per game average ranks eighth in the NBA as of Wednesday morning. A reunion with Thaddeus Young could give Philadelphia a stronger backup forward to Tobias Harris than Mike Scott. And some draft capital should suffice to sweeten the deal and allow the Sixers to give up their All-NBA talent. 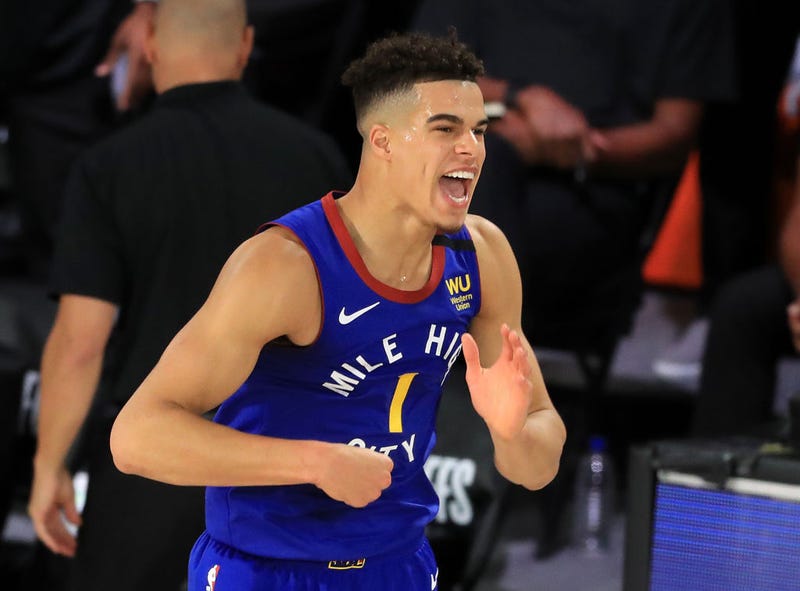 The Nuggets are finally starting to find their groove after a 6-7 start to the season. They've won four straight, including a two-game road sweep over the Suns, and have scored the fourth-most points per game in the league.

Michael Porter Jr. has played a large part in that role, averaging 18.4 points per game. However, his defensive woes are apparent. Gary Harris has seemingly taken a step back and is not living up to his lucrative contract and could potentially find his footing elsewhere.

While the Nuggets already have a star oversized facilitator in Nikola Jokic and a star guard in Jamal Murray, Ben Simmons' versatility — especially on the defensive end — could help thrust the Nuggets back into the conversation as the best team in the West. Adding Thybulle to add to their bench depth and, again, fortify that subpar defense would be a nice touch.

In Philly, Porter Jr. would be the shot creator and unconscious three-point shooter (47.7 percent on 6.3 attempts per game) that the Sixers need. Like LaVine, he could take scoring into his own hands, especially when Embiid is off the floor or taking a game off. 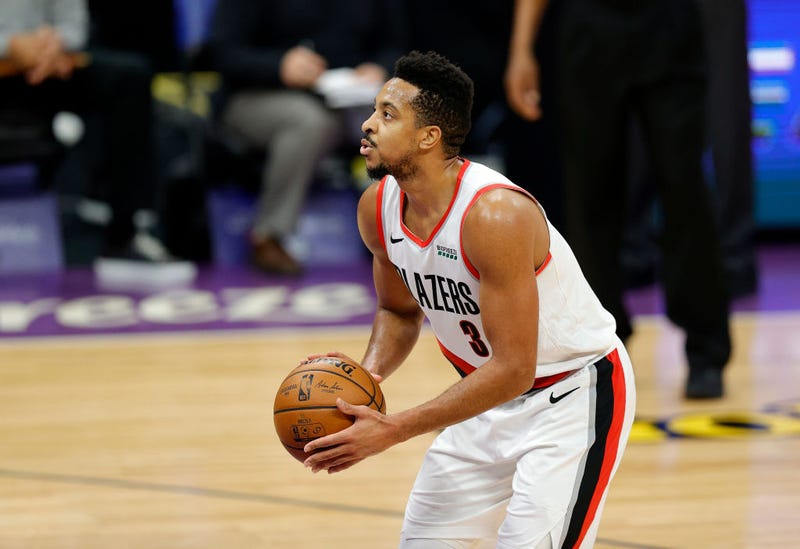 This one would obviously take some time, as McCollum recently fractured his left foot and will be reevaluated in four weeks. In the event that he recovers some time in February or early March and is ready to roll once again, and if Simmons' offense is still clunky and the 76ers start to fall back down to Earth, a swap could be in order.

What won't be healed in four weeks is Blazers center Jusuf Nurkic's broken wrist, which will keep him sidelined for at least seven more weeks. The Blazers may need to trade for a center before that, but if they continue to lean on Enes Kanter, Nassir Little and Harry Giles, they could very well see their record fall out of the playoff race. This isn't something they'll want with Damian Lillard in his prime and, once again, putting up incredible statistics.

Simmons helps on the defensive end — even star duos like Kawhi Leonard and Paul George will have trouble against Simmons and Robert Covington — and Dwight Howard could man the paint as a much better defensive option than Kanter.

The payoff for the Sixers is obvious. McCollum, so long as his foot injury doesn't linger, could continue the red-hot start to his season and give the Sixers a lethal shot creator and ball handler. Giles could become Embiid's backup right away, potentially raising his role and value as he enters unrestricted free agency. 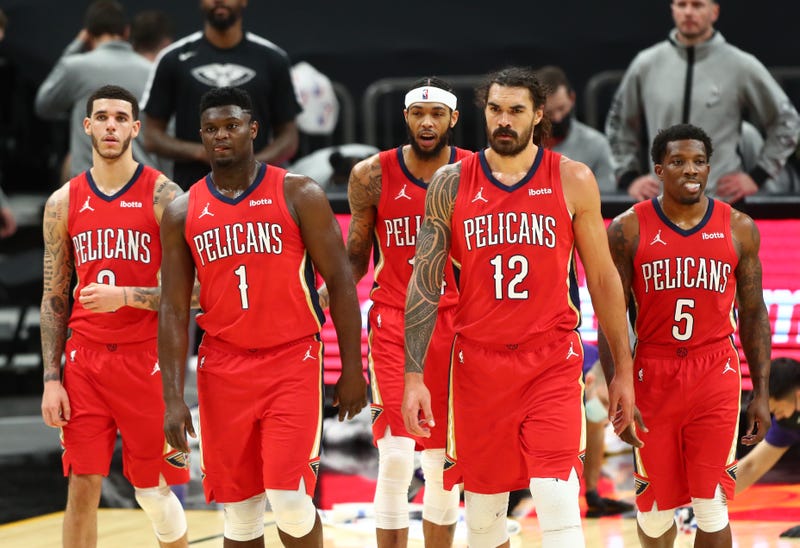 NBA insider Shams Charania reported on Tuesday that the Pelicans were open to shopping Lonzo Ball, and though he is a player of a similar mold as Simmons, he's not nearly on the level as the Sixers star. Can you imagine a trio of Simmons, Brandon Ingram and Zion Williamson? That's a scary thought, with plenty of time on their contracts available to jell over the next few seasons.

On the other side, the Sixers replace Simmons with Lonzo Ball, who's a better shooter but a worse defender and less of an all-around unicorn and talented player. But they'd also get Eric Bledsoe, who is shooting a career-high 40.6 percent from deep to this point, can create his own shot and was the starting shooting guard for a title-contending Milwaukee Bucks for the past three seasons. And Josh Hart is no slouch, either, providing capable defense, a lot of bench minutes and shooting abilities. Over 60 percent of his career field goal attempts are from three.

Admittedly, this isn't the most exciting return, but it might help bring the Sixers a more Embiid-focused approach, and it supplies them with solid draft capital as well. Another issue with this is that both Lonzo Ball and Josh Hart are restricted free agents following this season, and though losing Simmons' contract clears up some room, the Sixers would still have to pay up if they don't want to lose these new additions for nothing. 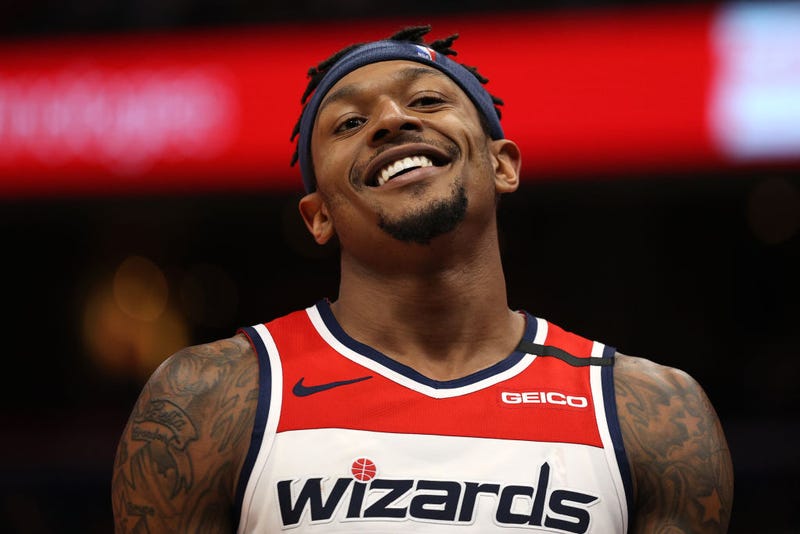 Ok, got all that? Here's my attempt to justify this deal on all three sides, because I couldn't stand to think of a Simmons-Westbrook backcourt in Washington. It just doesn't make sense.

For the 76ers, it's obvious. Bradley Beal. Ish Smith is a former 76er and a serviceable option to help fill the gap running the point that is now left behind from Simmons' void. And the pick they're giving to the Wizards probably won't turn into anything great, considering the strong start the Sixers have had on the shoulders of Joel Embiid's MVP season.

For the Spurs, they get Ben Simmons and Moritz Wagner to join their young core of Dejounte Murray, Derrick White, Lonnie Walker, Keldon Johnson and others. It's still a good enough team to win now, but the Spurs don't have realistic title aspirations at this point, anyway, in a stacked Western conference. They'll have a decent shot at the playoffs, so their first-round pick might fall out of the lottery. Forfeiting three future draft picks is worth it when you're getting a player of Simmons' game-changing caliber in return.

For the Wizards, it's tough to stomach that they'd give up Beal. But by taking on the expiring contracts of Aldridge and Mills, plus getting rid of Beal's three-year commitment, the Wizards will free up a mountain of cap space for the 2021 offseason. Without Beal in the picture, whose 2021-22 cap figure is $34.5 million, the Wizards' total salaries would amount to $87.9 million (with Thybulle included). That's around $25 million below the salary cap, meaning they could retool around Westbrook if they want to, or use it however they choose. They'd get three first-round draft picks. And they'd get a young, budding defensive ace in Matisse Thybulle. It's a big haul.