The NBA rumor mill has been historically over the early months of the season, but that appears ready to change.

The Cleveland Cavalier are reportedly open to trading five-time All-Star Kevin Love. Love, 31, would certainly be a welcome addition for any playoff-contending team.

He does come at a hefty price, though. Love is under contract for the next four seasons at $120 million, and he has a lengthy track record of injuries.

Here are five teams that could be potential destinations for Love: 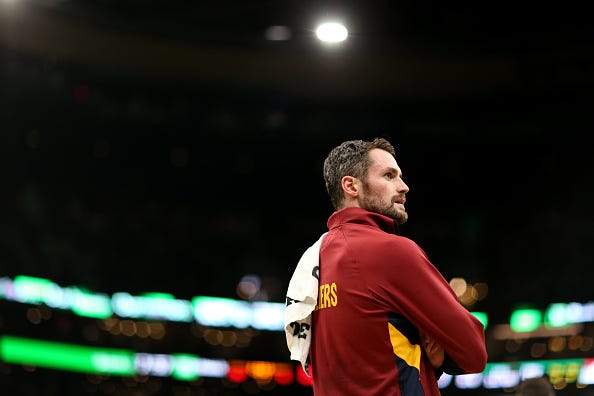 Kevin Love looks on from the bench before a game vs. the Celtics. Photo credit Getty Images

The Trail Blazers already made one big move this year by signing Carmelo Anthony, and a trade for Kevin Love would seem to make sense. Love grew up in Oregon, and reportedly would prefer to play for his hometown team. He also wants to play for a contender, and the Trail Blazers have struggled out of the gate but do have the core pieces that helped them reach the Western Conference Finals last year intact, which includes their All-Star backcourt in Damian Lillard and CJ McCollum. They can certainly use some help in a frontcourt that has sustained injuries to big men Jusuf Nurkic and Zach Collins. 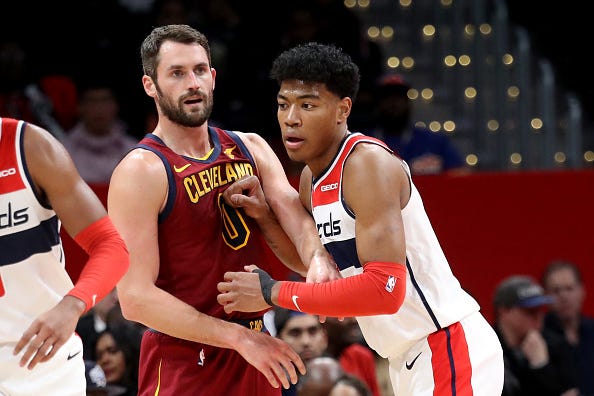 The Suns are a borderline playoff team with some rising young stars and have surprised early on in the 2019-20 season. Adding a veteran scorer in Love would certainly make them a more formidable team that could make noise in the playoffs, if they get in. He would join a frontcourt of Deandre Ayton and Aaron Baynes and create more space for the backcourt of Devin Booker and Ricky Rubio. 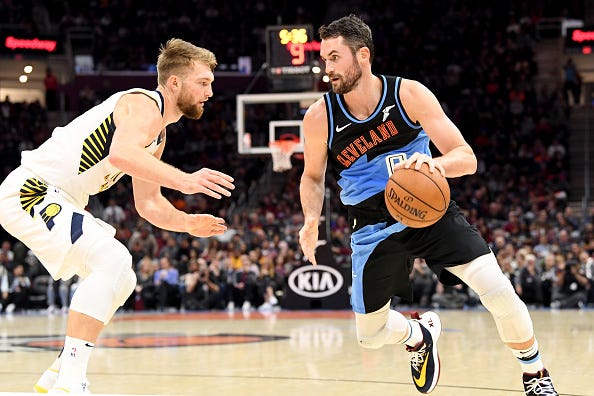 Kevin Love drives to the basket against the Pacers. Photo credit Getty Images

After finishing as the top team in the Western Conference a year ago, the Nuggets find themselves back in the thick of things, but have struggled offensively. Love would be a welcome addition who can complement Nikola Jokic, and they have a perfect trade chip in Paul Millsap, who is on an expiring contract. 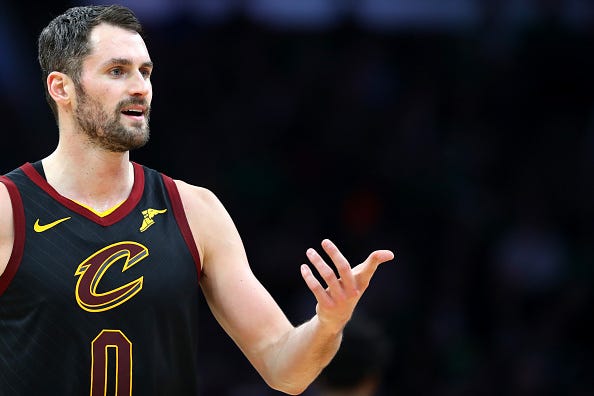 Kevin Love reacts to a call against the Cavaliers. Photo credit Getty Images

Love and the Rockets seem like a perfect match on paper. The Rockets wouldn’t get any better on defense, but they would have an offense almost impossible to keep up with between Love, James Harden and Russell Westbrook. Love would be on a team that has a legitimate chance at reaching the NBA Finals. There doesn’t seem to be a way to make this trade realistically happen with the money involved. However, Shams Charania of The Athletic reported the team is willing to give up future assets for roster help,. If GM Daryl Morey can find some sort of creative way to make the money work, they could be a darkhorse in the Love sweepstakes. It’s a longshot, for sure, but definitely a team to keep tabs on as they look to make a move. 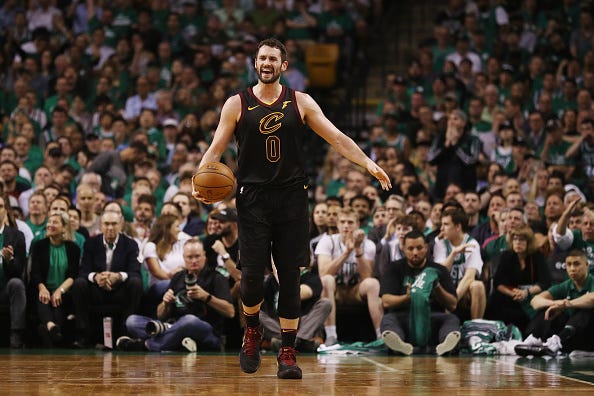 Kevin Love reacts to a call against the Celtics. Photo credit Getty Image

The Boston Celtics could certainly use some frontcourt help and Love has been linked to the Celtics in the past, but any trade for Love would mean giving up Gordon Hayward and Danny Ainge said he would not do that. But could he change his mind? While Love is due $120 million over the next four seasons, his $31.2 million next season would still be less than the $34.1 million Hayward would make if he exercises his player option. Ainge could be tempted to ship off Hayward and his expiring contract for three and a half years of Love, although another asset may be needed to sweeten the pot. It would take a change of heart from Ainge, but it shouldn’t be ruled out.