The 2020 NBA Draft appears to be shaping up similarly to those of recent vintage. Specifically, the college prospects are getting younger, and there is also a sizable contingent of prospects from leagues overseas—both Americans and otherwise. LaMelo Ball, the potential top pick in the draft, is one such player.

The arguments for or against playing abroad is a separate matter entirely, but in effect the US college players have an advantage in getting the spotlight to themselves in March while their peers play in relative obscurity. In a year where there is little consensus over the top 10 or so picks, let alone the top 20, every break could help.

Here are a handful of NBA draft prospects who can move up draft boards in their final regular-season games, conference tournament, and potentially in March Madness: 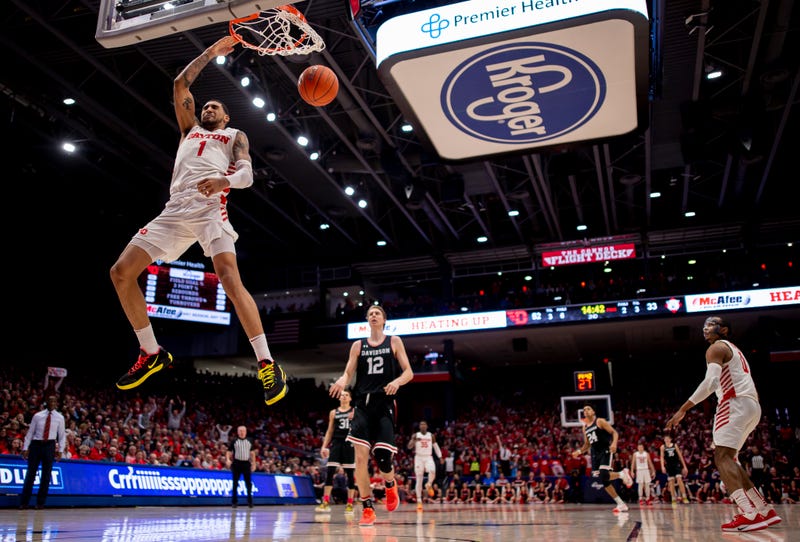 Obi Toppin is among the nation's leaders in dunks. Photo credit Getty Images

Toppin is creeping up mock draft boards with his consistent production for Dayton, a mid-major enjoying a dream season. The Flyers are a lock for the big dance, where Toppin will get to show off his dunk-heavy game and surprisingly sharp three-point shooting--on a bigger stage and against better competition. The sophomore power forward, who turns 22 in March, appears to be on the cusp of the top-10 no matter how his team fares, but a few of his patented jams in the Atlantic 10 and NCAA tournaments might push him into top-5 territory.

Closer to a finished product than a project, Toppin might be a better fit on a team that’s ready to compete in 2020. Perhaps the Warriors reach for him early, depending where they pick. 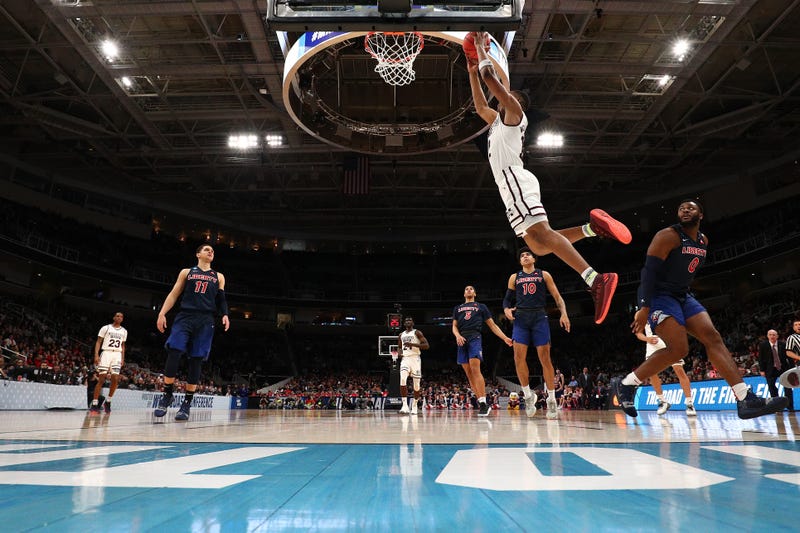 Woodard isn’t the splashiest pick in this draft, but he is among the safest, and appears to be inching up boards. The 6’7” combo forward has the profile of a 3-and-D wing player, highly coveted by NBA front offices in the modern game. The Bulldogs are a bubble team, so Woodard, who is currently going late in the first or early in the second round in many mocks, could improve his stock considerably with a strong showing in his team’s final games.

As a fairly polished 20-year-old, Woodard could get looks from contending teams in the late or perhaps even middle of the first round. 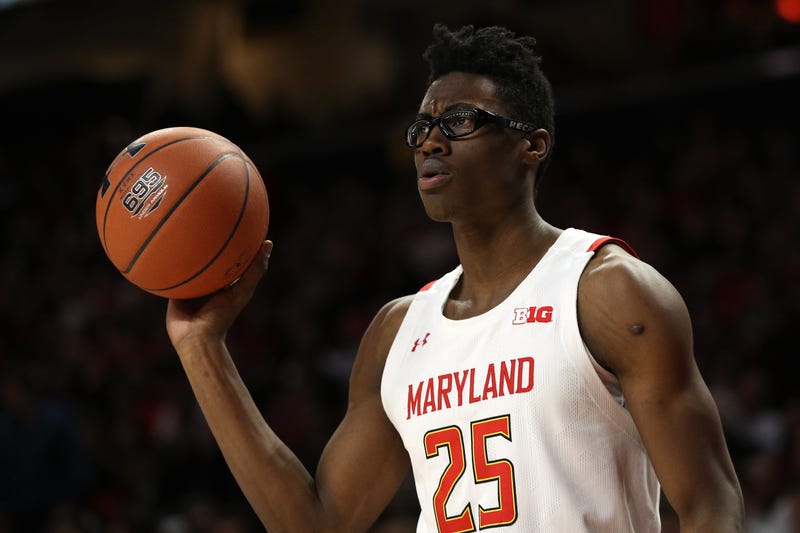 Jalen Smith averaged a double-double in over 30 minutes per game this season. Photo credit Getty Images

The Terps are among the better teams in the Big Ten, and Smith is a big reason why. The versatile power forward chips in with a little bit of everything, averaging a double-double on 54% shooting plus 2.3 blocks per game this season. The 6’10”, 225-pound sophomore is curiously turning up late in the first round or early in the second in most mocks, but a few strong games under the bright lights of March could push him into the early 20s or even late teens, in my opinion. 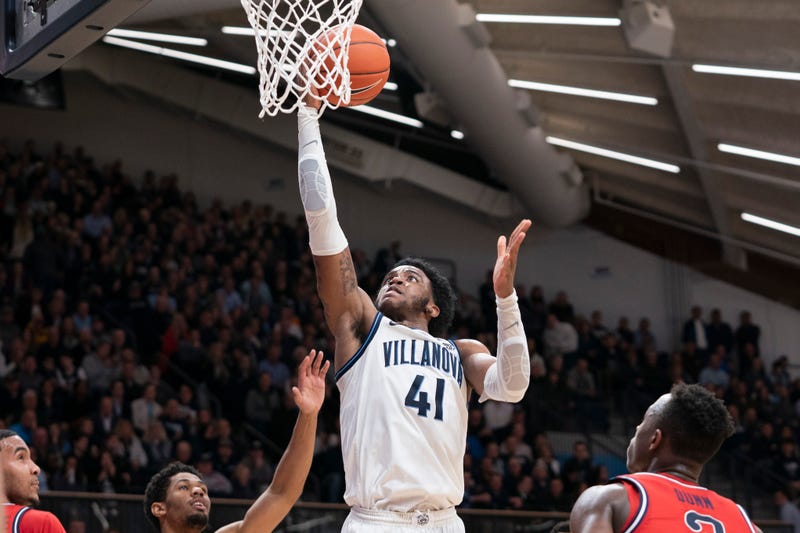 It’s a bit puzzling that Bey isn’t generating more buzz. The combo forward has the physique and offensive game that could translate into early production at the next level, though there are questions about his defense. Villanova has a shot at making deep runs in both the Big East tournament and the NCAA tourney, so Bey will have plenty of time to shine. It doesn’t hurt his case that a handful of Nova players have fared well in the NBA recently. I like his chances of going in the 10-12 range. 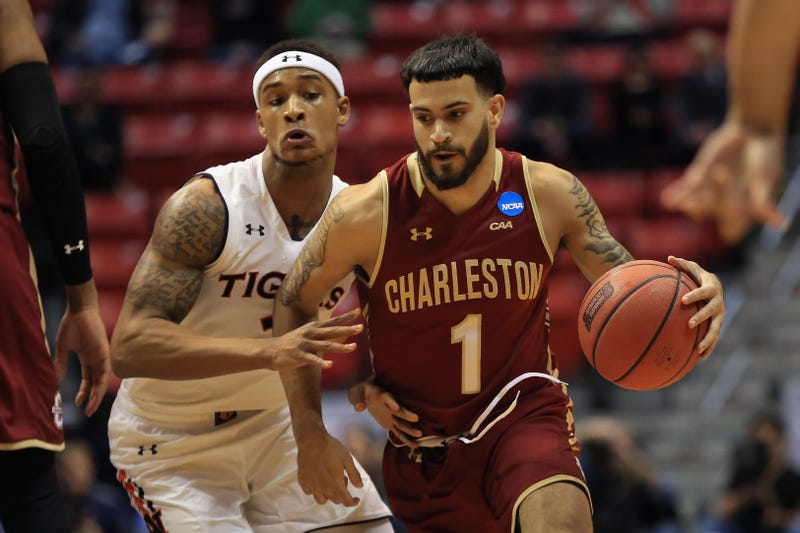 Grant Riller has been a four-year starter for Charleston. Photo credit Getty Images

Riller has been a scoring machine for four years with mid-major College of Charleston. The 23-year-old point guard gets to the cup often, finishes well there, and has tightened up his shot selection and percentages during his career. He’s a bit on the older side at a time when draft prospects are getting younger and younger, and the wealth of point guards in his class won’t help his case. As well, Charleston’s only path to March Madness is by winning the Colonial Athletic conference tournament, so his exposure could be limited. But a second-round projection feels a little low for a combo guard who profiles as an instant-offense sixth man type. Riller could go late in the first round with a notable performance or two down the stretch. 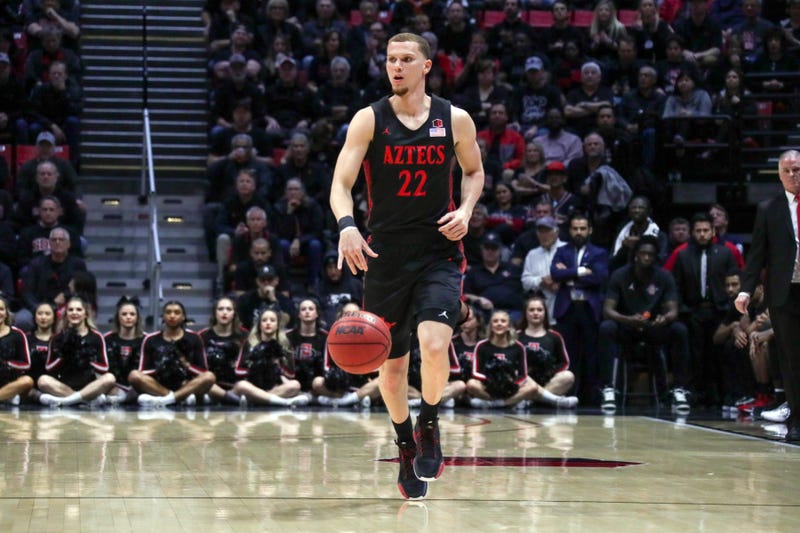 Flynn was mostly off the radar after sitting out last season following a transfer from Washington State. Now he’s the starting point guard for the Aztecs, a dangerous mid-major looking to make noise in the big dance and potentially poised for a deep run. Flynn’s offensive game looks to be above-average everywhere, though his modest physical tools and athleticism cap his upside. He has improved each season as a collegiate, albeit against weaker competition after the transfer. All of which could point to a career as a competent backup, perhaps along the lines of DJ Augustin. That’d be worth a late first-rounder.