Carmelo Anthony has expressed his desire to continue playing in the NBA at age 35, but the 10-time All-Star is still without a team as the 2019-20 season is in full swing.

Teams like the Los Angeles Lakers and Brooklyn Nets reportedly had expressed mild interest before the season had started, but why isn't Carmelo playing?

Well, Anthony is no longer the All-Star player he once was, and only played 10 games last season, but he could still provide value to a team as a role player off the bench—although there are reports he may be resistant to that.

Here are some teams that should consider signing Anthony: 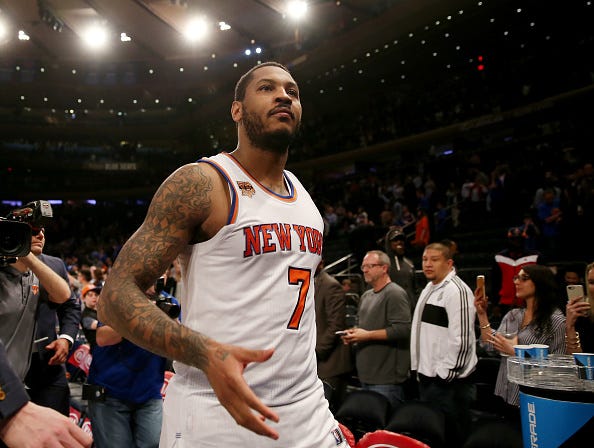 This seems like a no-brainer. Anthony admitted to TMZ he would welcome a return to the Knicks. The team is already up in flames just 10 games into the season—with reports of David Fizdale’s job on the line. Anthony can still shoot and keep the team competitive while serving as a veteran presence for the younger, developing talent. Plus, one last hurrah at the Garden could energize the fan base and would be a fitting way — short of a championship — for him to end his career. 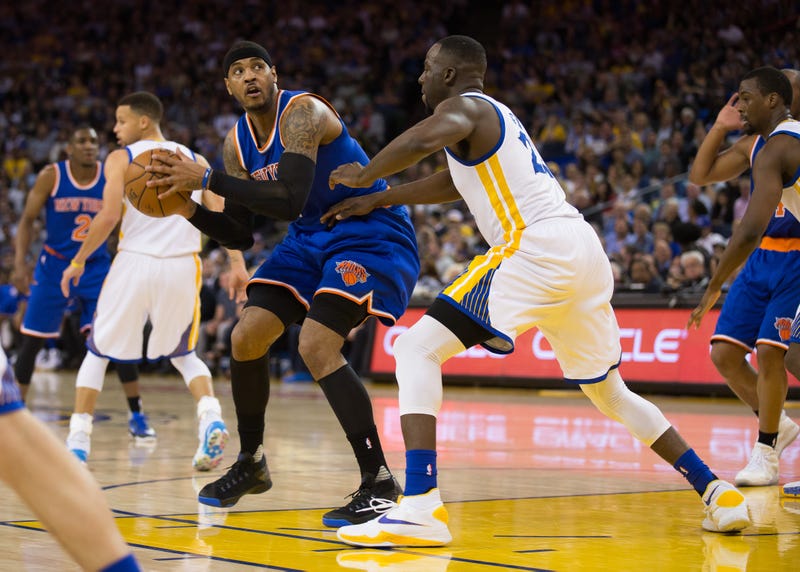 Kevin Durant is gone. Steph Curry is likely out for the year, and the same goes for Klay Thompson. They are the worst team in the Western Conference through the first 12 games of the season and may be in full tank mode. They are, however, in a new arena and have tickets to sell. Why not sign Anthony and let him run loose and do his thing while the team tanks? It could make tanking fun. 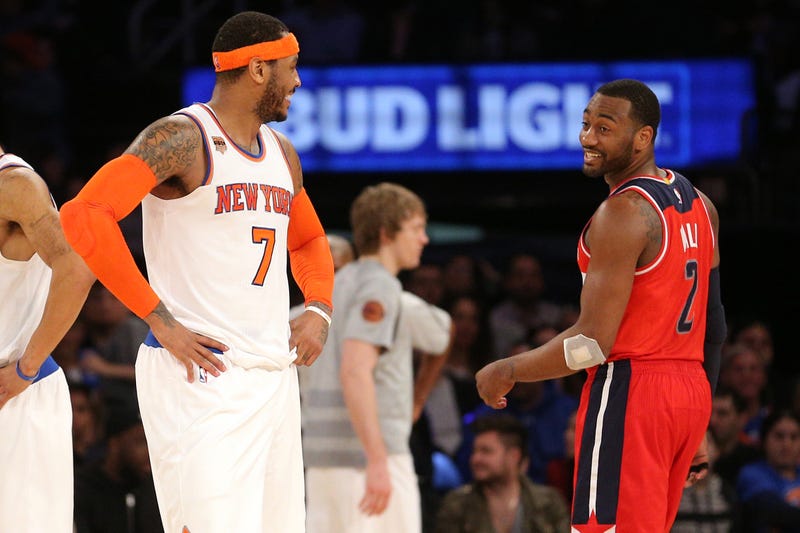 Much like the Warriors, this would be a signing purely to keep the team entertaining amid tanking as John Wall recovers from a torn Achilles. Isaiah Thomas has been vocal that Anthony should be on a team, and perhaps it would be best to be his teammate. The two together would generate plenty of scoring while their suspect defensive play keeps the tank in full effect. 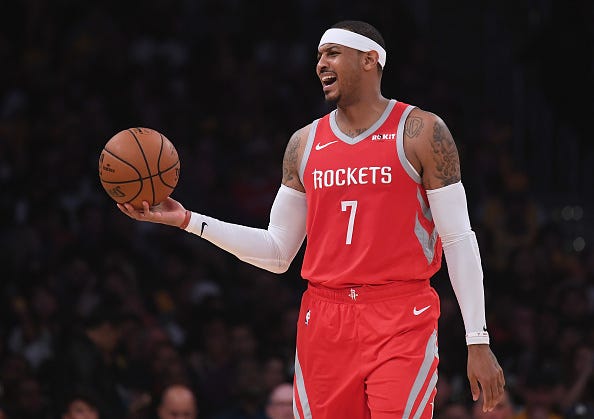 Carmelo Anthony expresses his displeasure with a call while on the Rockets. Photo credit Getty Images

If Carmelo Anthony is fine with a bench role on a team that is a legitimate championship contender, then the 76ers are the perfect fit for him. But is he a fit for the Sixers? WIP’s Andrew Porter recently laid out why it makes sense, pointing to bench scoring depth and veteran presence, but also the Sixers’ offensive woes to start the season. The team ranks toward the bottom of the league in points and points off the bench. If there’s one thing Anthony can still do, it’s score. 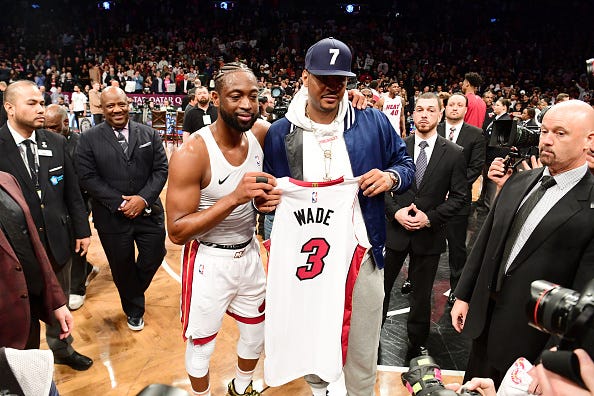 With the emergence of rookies Tyler Herro and Kendrick Nunn, this may be less likely a fit, but you can never have too much depth, especially if either rookie starts to cool off. Anthony would be an ideal scoring option off the bench. He would have to accept playing 10 minutes off the bench, if that, and Pat Riley would have to look past his anemic defense to get something done.

news
Man charged after allegedly scamming $1 million from grocery store
news
Fauci says US 'can and should' vaccinate this many adults by end of summer
news
Bernie Sanders is selling a sweatshirt inspired by viral inauguration meme for a good cause
news
After 55 years in the business, veteran NBC anchor Tom Brokaw is retiring
news
Face masks are now mandatory at these locations
music
NFL and Verzuz team up to showcase battles between the league’s superstars