The Golden State Warriors have reached the NBA Finals five consecutive seasons from 2015-2019, winning three of them, but their dynasty has appeared to crumble rapidly in front of us.

After a series of gut-punching events that have occurred over several months, we've compiled the top moments that show the Golden State Warriors' dynasty is indeed over: 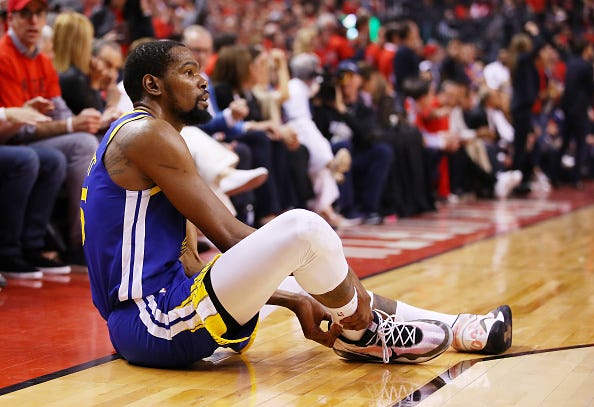 This was probably the beginning of the end for the Golden State Warriors dynasty. With the team facing elimination against the Toronto Raptors, Durant suited up to play his first game in over a month since he sustained a calf strain against the Houston Rockets in the Western Conference semifinals. Durant scored 11 points in 12 minutes, but early in the second quarter Durant collapsed to the ground, grabbing his left calf. He was helped off the court and to the locker room, and was later diagnosed with a ruptured Achilles tendon, ending his season, as well as his 2019-20 season. The Warriors held on for a 106-105 victory, but the loss of Durant was a devastating one for the team. 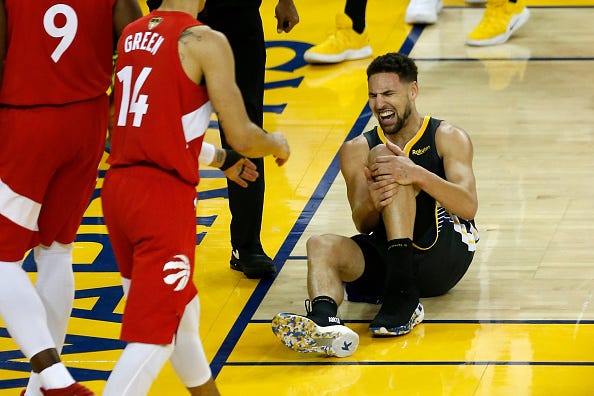 Klay Thompson did everything he could to keep the Warriors' dynasty alive, including sacrificing his left knee. Thompson was a force in Game 6 as the Warriors continued to stave off elimination, scoring a game-high 30 points in three quarters of action. But at the end of the third quarter, Thompson landed awkwardly on his left knee when he was fouled on a drive to the basket. He momentarily left the game before returning to take his free throws on one knee. He was later diagnosed with a torn ACL and did not return to the game and it unlikely to play this season, either. 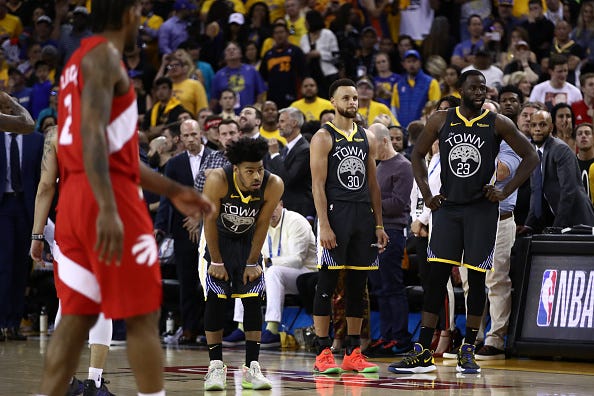 Once Thompson went down with his torn ACL, the Warriors struggled offensively without him in Game 6 and were unable to hold off the Raptors for a second straight game. Toronto celebrated its first NBA Finals title while the Warriors left empty-handed with big changes on the horizon.

Durant's future was constantly speculated on throughout the 2018-19 season, with many believing he would not return to the Warriors. His torn Achilles threw a wrench into things, though, and there was some optimism that he may prefer to stay with Golden State and rehab his injury there. That hope was short-lived, though. After Kyrie Irving agreed to sign with the Brooklyn Nets, Kevin Durant followed him to the East Coast as the two-time NBA Finals MVP officially moved on from the Golden State Warriors. 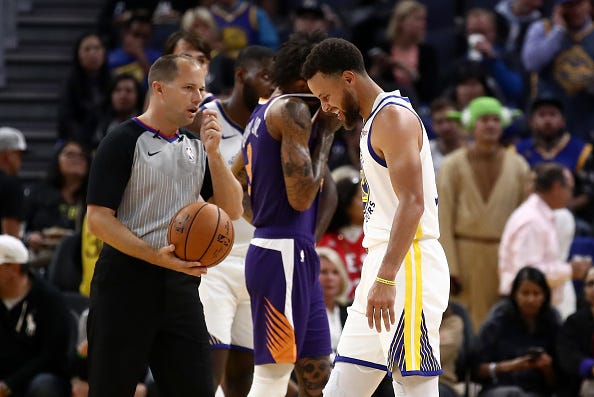 Despite the departure of Kevin Durant and Klay Thompson out for the season, there was still hope the Warriors could ride Steph Curry to the playoffs and give the team a shot. Those hopes were smashed on Oct. 30 when Curry landed on his left wrist and broke his hand in the third quarter of a game against the Phoenix Suns. The team was off to a 1-3 start already, and will be without three of its core championship players for a good chunk of the season. Curry may return to play again this season, but by that time the Warriors may be in too deep a hole to reach the postseason.