15 years ago, it would have been unthinkable for the NBA Finals MVP to leave the team that he led to a title in free-agency. But, that's exactly what happened this past offseason, as Kawhi Leonard headed west after leading the Toronto Raptors to an NBA title.

Head spinning? You're not alone. In the era of player movement, new rivalries are much more based on where individual players are at currently, as opposed to geography or history. With that in mind, after perhaps the craziest offseason in NBA history, here's a look at what could become the most heated rivalries in the new NBA. 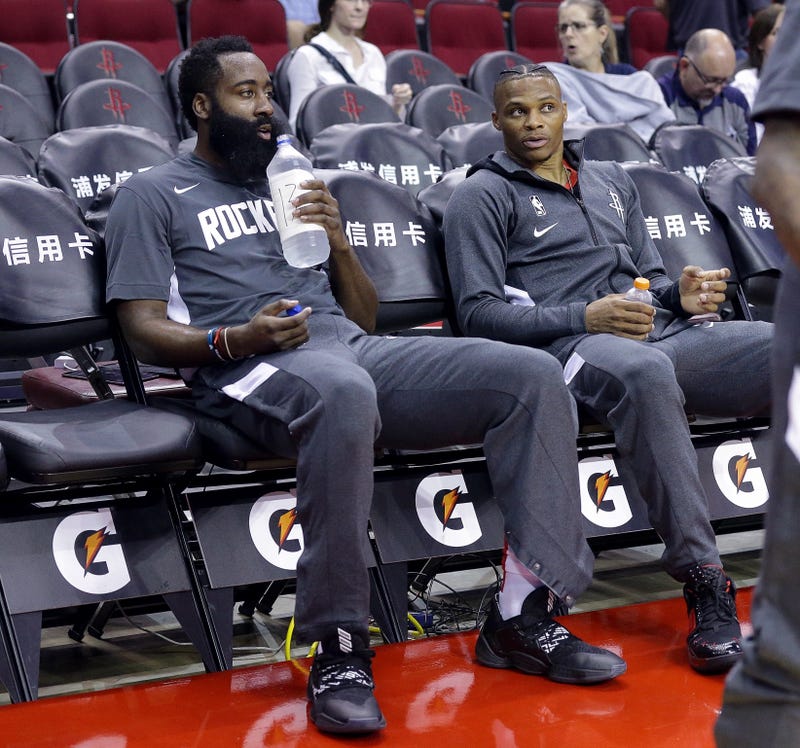 This one might not really become a rivalry until the 2020-21 NBA season, but the pieces are in place for it to be a juicy regular season matchup moving forward.

After blowing a 3-1 lead to the Golden State Warriors in the 2015-16 Western Conference Finals, a frustrated Kevin Durant left the Oklahoma City Thunder to join the team he thought gave him the best chance to win his first NBA title - the Warriors. Though Durant ultimately won two titles in Golden State, his decision to join an already established team rubbed many the wrong way, at least initially. You get the sense that it still doesn't sit especially well with Russell Westbrook, who he failed to win a title with in Oklahoma City.

Following three seasons with the Warriors, Durant signed with the Brooklyn Nets as a free-agent in June. A month later, Westbrook was traded to the Houston Rockets, reuniting with James Harden, who was on the 2011-12 team that Durant and Westbrook led to an NBA Finals appearance.

Durant will likely miss the entirety of the 2019-20 season as he recovers from a torn achilles, but upon his return, Rockets-Nets matchups might become among the most-anticipated games on the NBA calendar. 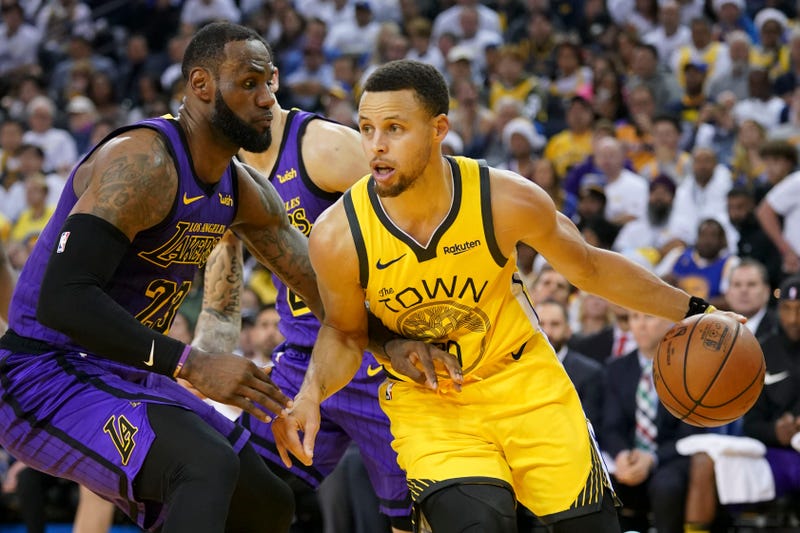 Though LeBron James played for the Cleveland Cavaliers when he played against Steph Curry and the Golden State Warriors four years in a row in the NBA Finals, at two of those years it felt like James was almost singlehandedly attempting to dethrone arguably the most dominant team in NBA history.

James is now in his second season with the Los Angeles Lakers, and the Warriors are an entirely different team than they were when they defeated James and the Cavaliers three times in four years. Steph Curry and Kevin Durant remain, but Kevin Durant and Andre Iguodala are elsewhere. Klay Thompson is likely to miss the entire 2019-20 NBA season as he works back from an ACL tear he suffered in the NBA Finals.

Still, James and Curry are two of the most popular players in the NBA history. They're both - kind of - from Akron. And though it may not be in 2019-20, the guess here is that we haven't seen the last great playoff series between James and Curry.

However, while the Warriors did add D'Angelo Russell this offseason, the Lakers look significantly better on paper heading into the season, having added Anthony Davis, Danny Green, Dwight Howard and Avery Bradley to a team that already included James and Kyle Kuzma. 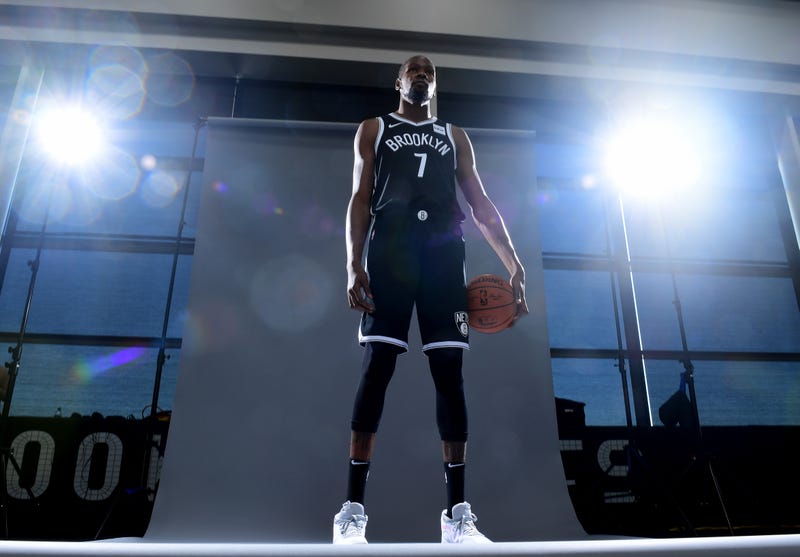 Kevin Durant was the latest in a long line of free-agents rumored to potentially be interested in reviving the New York Knicks franchise, only to end up elsewhere.

This one may burn the most, because Durant did come to New York. But rather than signing with James Dolan's dysfunctional franchise, he teamed up with Kyrie Irvin and Serge Ibaka on the Brooklyn Nets.

All indications are that Durant won't play this season. When he does return, he'll have a healthy achilles and likely become public enemy No. 1 when he visits Madison Square Garden.

From that sense - and, the natural geographic angle - Nets and Knicks will become a rivalry. From a basketball standpoint, the Knicks are lightyears behind the Nets, and may very well be for the entirety of Durant's tenure in Brooklyn. 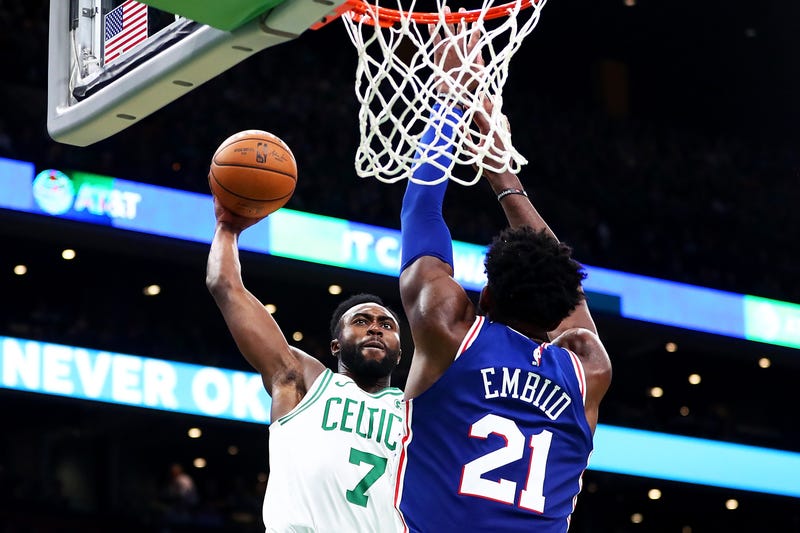 This is one of the few NBA rivalries that has stood the test of time.

In recent years, Celtics vs. Sixers is a rivalry that has been re-ignited by a few things.

The two teams met in the Eastern Conference semi-finals in 2017-18, with the Celtics winning in five games. Most notably, Ben Simmons, ultimately the Rookie of the Year that season, scored just one point in a Game 2 Sixers loss.

The rivalry added another interesting twist this offseason, as Al Horford, long a thorn in the side of Joel Embiid, left Boston to sign a four-year/$97 million deal with the Sixers.

With Kawhi Leonard out of the Eastern Conference, the Sixers have become a trendy pick to reach the NBA Finals for the first time since 2000-01. To get there, there's a very real possibility they'll see the Celtics on the way. 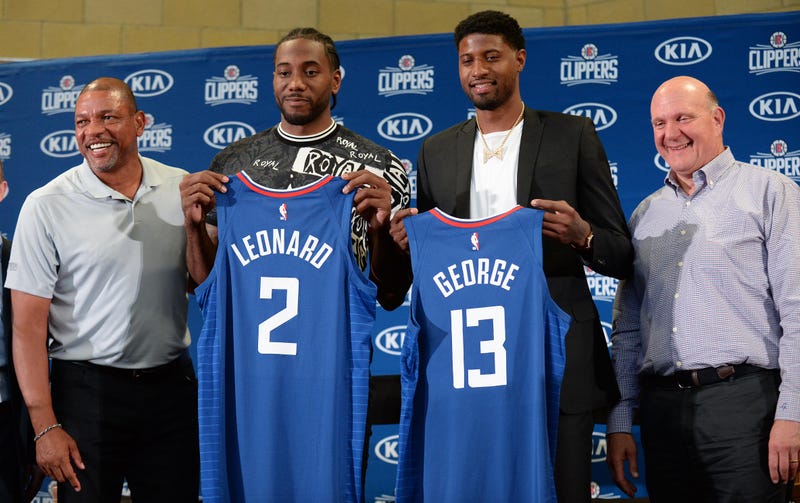 Not only will the Western Conference run through Los Angeles in 2019-20, but the NBA may as well, as the Lakers and Clippers have the best odds to win the NBA Finals.

Both teams were aggressive this offseason. The Clippers signed reigning NBA Finals MVP Kawhi Leonard, keeping him from joining the Lakers. They also traded for Paul George, a six-time All-Star. The Lakers acquired Anthony Davis from the New Orleans Pelicans and signed Danny Green, adding onto a core that already include LeBron James and Kyle Kuzma.

The two teams will meet on NBA Opening Night, but not fully intact, as George is expected to miss at least the first 10 games after having offseason shoulder surgery. They'll meet again on Christmas Day, in what will be one of the most anticipated NBA regular season matchups in some time.