It has been eight years since Yao Ming retired from the NBA.

In 2011, Ming -- whose birthday is today -- announced that he would no longer play for the Houston Rockets, citing serious foot and ankle injuries that forced him to sit out 250 games in his final six seasons.

In his eight seasons with the Rockets, Ming ranks sixth in total points and rebounds among franchise leaders, and second in blocks.

Although his time playing basketball was cut short, the 7-foot-6 star has gone on to achieve some impressive accomplishments.

From his philanthropic efforts to his more studious endeavors, these are some of the highlights of Ming’s life after the NBA.

The former Rocket has been actively involved in a couple of major philanthropic efforts since retiring. Ming was the face of an environmental campaign to discourage eating shark when demand for shark’s fin soup in China was high. Ming’s campaign plea — “Say no to shark’s fin soup” — was effective in cutting the presence of the dish on menus in China. “It went down 60%, so that was pretty good,” recalls Ming.

Ming also fought against the ivory trade. He flew to Africa to participate in a documentary about elephant poaching, and photos of him and a baby elephant standing together in a field raised awareness and led to stricter government regulations against the trade.

He Graduated From College

In 2018, Yao Ming earned his economics degree from China’s Shanghai Jiao Tong University, after having enrolled in 2011 when he stopped playing basketball. Getting his degree was a promise he made to his parents before signing with the Shanghai Sharks at 17.

He sees a big picture for his education. In his graduation speech, he said, “At a certain stage in the future, you should try to combine your future with the future of the society, because that’s how you can find larger space for yourself to explore.”

He Made the Hall of Fame -- With a Hand from Shaq

In this tall tale from 2016, Yao Ming got help putting on his Hall Of Fame blazer from the only other person tall enough to help him at the jacket ceremony — Shaq. In the year that both players were inducted, along with Allen Iverson, O’Neal gave Ming a hand with the jacket on stage, and dusted him off. 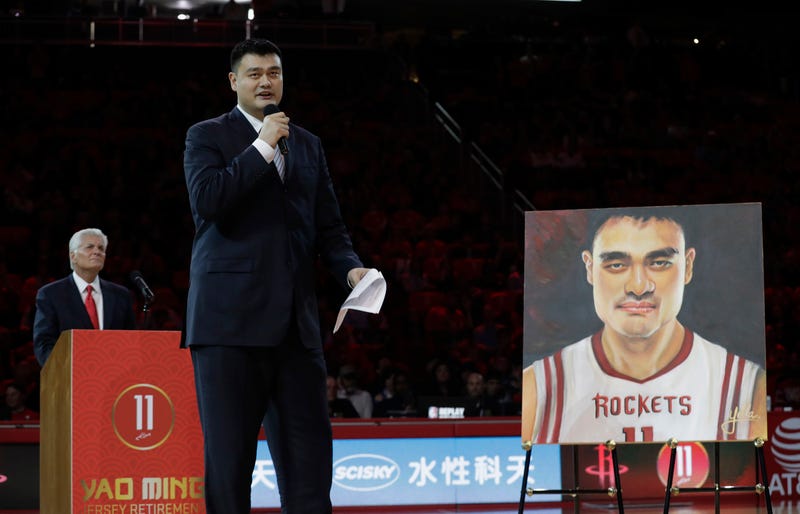 The Rockets Held a Ceremony to Retire His Jersey

AKA legend. In 2017, Yao joined the ranks of six other franchise jersey numbers when the Rockets retired his jersey in an honorary ceremony.

The event was nostalgic for Ming. “I feel old to see that,” he said. “The guys up there, Rudy T was my coach, and then to have a statue for Hakeem [Olajuwon]. I remember my first game for the Rockets was when we retired his jersey. And we watched it in the locker room and I remember saying that was motivation to play hard.” 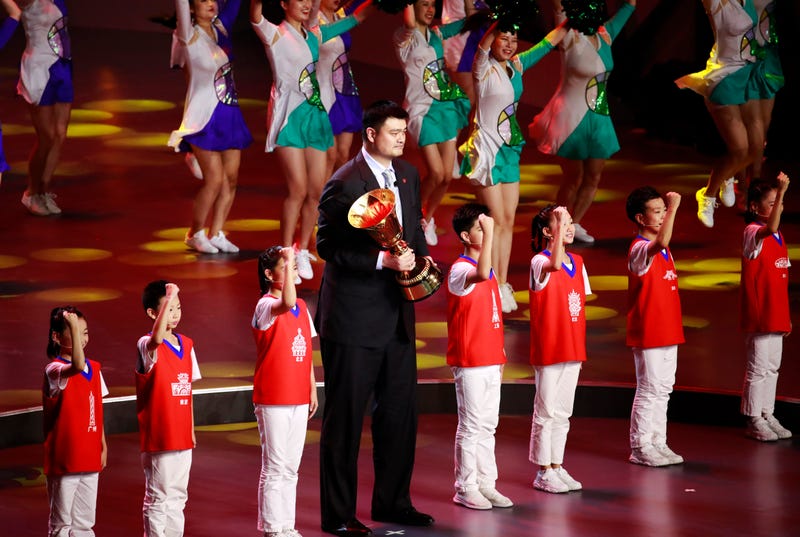 He Became Head of Chinese Basketball

Even though he stopped playing in 2011, Ming’s involvement in basketball is strong. In 2017, Yao was appointed chairman of the Chinese Basketball Association. Yao has worked hard to promote basketball and expand the talent pool in a country with an estimated 300 million fans. His “mini-basketball” initiative distributed youth-sized balls in more than 100 cities, drawing 100,000 new players and nearly 10,000 new coaches.