Milwaukee Bucks superstar Giannis Antetokounmpo will sit for his team's final regular-season game as punishment for head-butting an opposing player.

Antetokounmpo was tossed from his team's victory over the Wizards on Tuesday night after he delivered a conspicuous head-on-head shot to Washington's Mo Wagner. 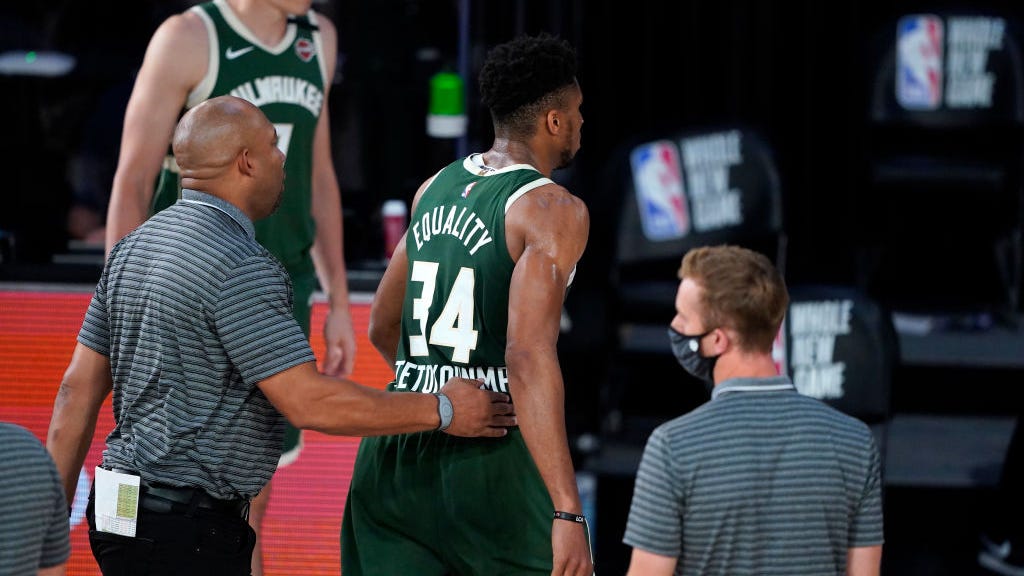 The NBA on Wednesday handed down the one-game ban, which will cover Milwaukee's final "seeding" game during the NBA's restart in the bubble at Walt Disney World in Orlando, Florida. He should be ready to go for Bucks' first playoff game.

It was unclear whether Antetokoumpo would have played in the final seeding game for potential rest purposes anyway, ESPN reported.

Giannis, projected by many to repeat as league MVP, apologized after the game, saying his emotions boiled over in a game that saw him absorb several hard fouls early in the contest.

Antetokounmpo said if he "could go back, turn back time and go back to that play, I wouldn't do it.''

The ejection marked the fourth of Giannis' career and his first since April 2018, according to ESPN.

The Bucks were slated to take on the Orlando Magic in the first round of the playoffs.