(SportsRadio 610) -- With James Harden getting his wish to be traded from the Rockets to the Brooklyn Nets, the former Houston star is saluting the city.

Harden posted to Instagram on Friday morning about how Houston and the Rockets changed his life -- that he would forever be indebted.

Even though it was an ugly breakup, Harden's eight-year run with the Rockets was a resounding success. They were in the playoffs every season, twice made the Western Conference Finals, in the semifinals each of the past four seasons and five of the past six.

But the Rockets could never get over the hump with Harden, whether he was paired with Dwight Howard, Chris Paul or Russell Westbrook. 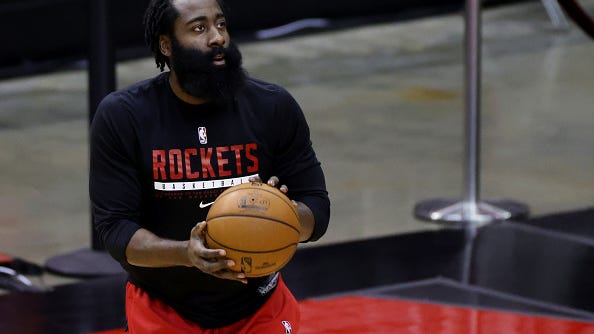 Shaq delivers scathing critique of James Harden: 'When it comes time to show up, he ain't show up'

The Rockets played their first game since the Harden trade Thursday night, beating the San Antonio Spurs 109-105 with just nine active players and without John Wall.