Kevin Harlan opened TNT's broadcast of Tuesday's evening's Los Angeles Clippers-Los Angeles Lakers game by proclaiming that Los Angeles has "become the epicenter of the NBA." With a national audience on NBA Opening Night, the new-look Clippers stated their case for being the best team in the sport.

While LeBron James scored the first two points of the game, the 34-year-old shot just 7-19 from the field, finishing the night with 18 points. James, a 15-time All-Star and four-time NBA MVP, did add in nine rebounds and eight assists, but was ultimately outshined the game.

Kawhi Leonard, in his Clippers debut, was booed during a pregame speech to Clippers fans. Though it was technically a home game, the Clippers and Lakers both play their home games at The Staples Center, and Lakers fans didn't stay home because of what logo was on the court:

Kawhi Leonard with a message to #Clippers Nation pregame 🔥🔥 pic.twitter.com/LEktemwgmE

Leonard ultimately scored 30 points, adding in six rebounds and five assists. The reigning NBA Finals MVP was believed to have decided to play for the Clippers over the Lakers in free-agency.

Of course, a big part in Leonard's decision to join the Clippers was that the team was able to acquire Paul George from the Oklahoma City Thunder. George, however, is still recovering from offseason shoulder surgery, and wore a black suit and bow-tie Monday as he watched the Clippers season debut from the bench.

George's absence, however, served as a reminder of how deep of a team the Clippers are. In addition to Leonard, four Clippers reserves - JaMychal Green, Montrezl Harrell, Maurice Harkless and Lou Williams - reached double figures. Williams, once rapped about in a Drake song, was a +13 off the bench, scoring 21 points, while adding five rebounds and seven assists. 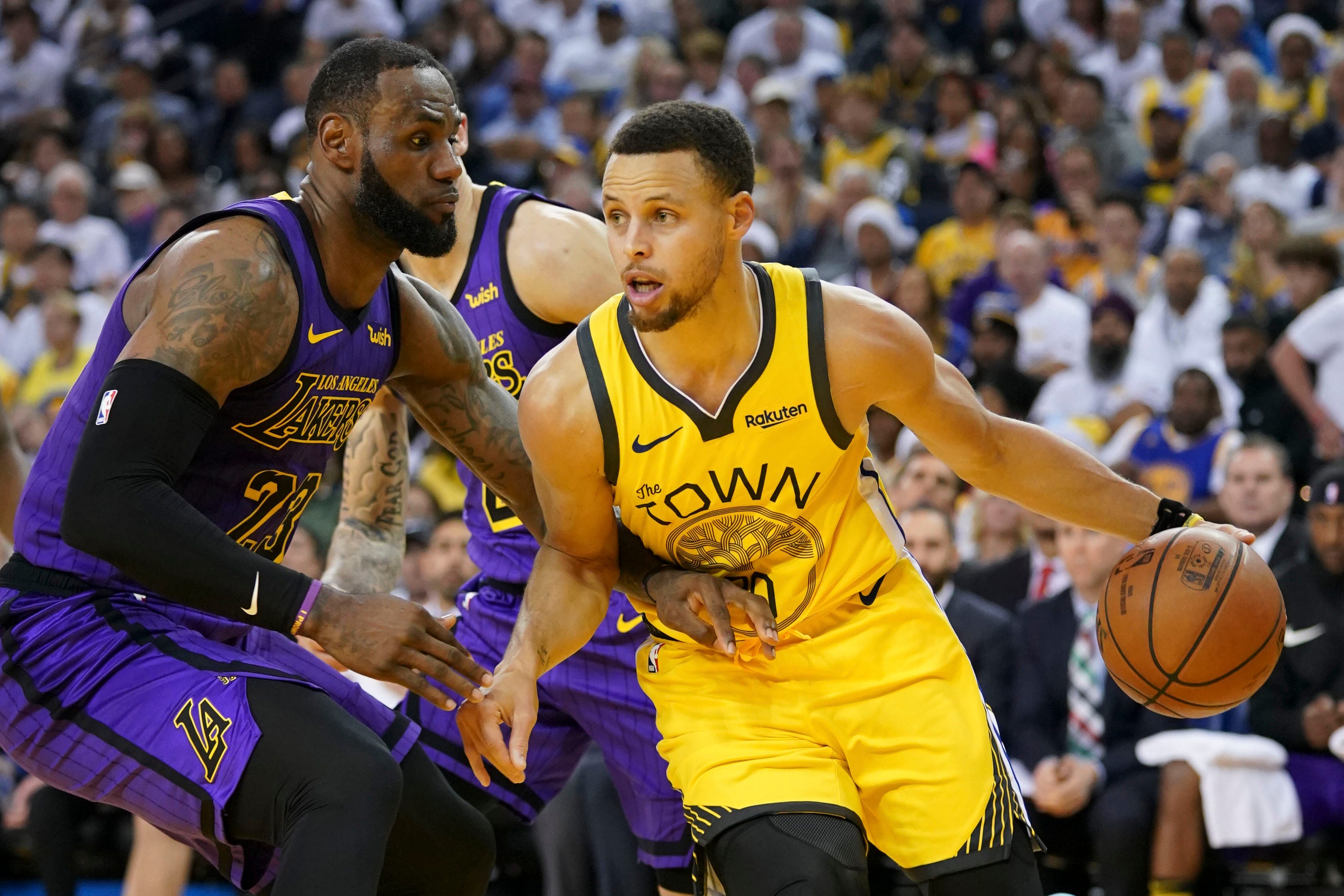 What Are The 5 Most-Heated NBA Rivalries Today?

Meanwhile, Anthony Davis did have 25 points and 10 rebounds in his Lakers debut, though he shot just 38 percent from the field. Danny Green actually had the most impressive Lakers debut, hitting seven of nine three point attempts and dropping 28 points. Green, who the Lakers inked to a two-year/$30 million free-agent deal, previously won NBA titles with Leonard in both San Antonio and Toronto.

The two teams won't meet again until Christmas, when the Lakers will be the home team in a contest that is set to tip-off at 8 p.m. ET.