As surprising as it might seem, Michael Jordan has never directly and unquestionably said that he thinks of himself as the greatest basketball player of all time.

The same can't be said about his primary competitor in the race, as you'll soon find out.

But where does the rest of the sports world weigh in on this never-ending debate? I, for one, am thankful that it's never-ending; the hotter the takes, the better the debate gets (or, at least, the angrier the debaters get).

Before we dig in, here's a brief overview of each player and his accolades:

This is by no means a comprehensive look at every single NBA player's opinion on the matter. However, various figures from the world of sports have provided interesting takes, and we've spotlighted some of the most prominent stars' thoughts below. You can find the source of their opinion by clicking on the players' names. 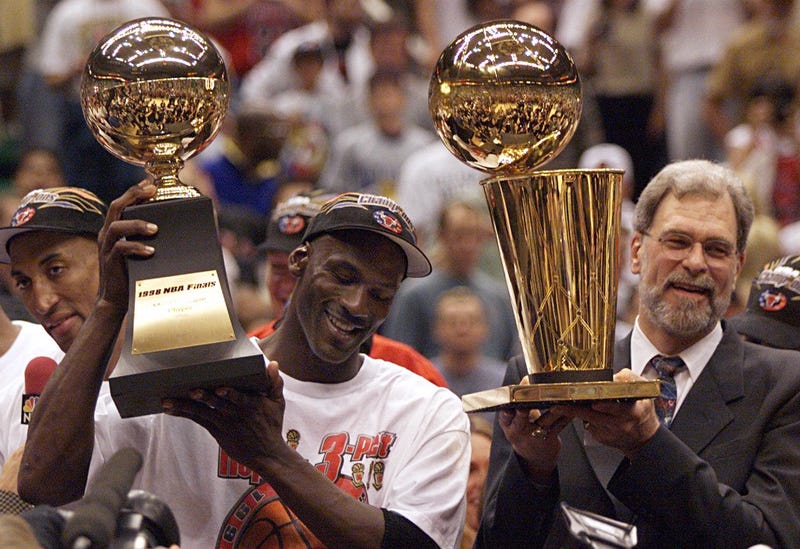 Magic Johnson (kind of)
Magic explained his thought to Stephen A. Smith:

"LeBron James, to me, when you think about all-around basketball players, he's probably the best of all time... But when you want to say who's the greatest ever, it's still Michael Jordan. Now, LeBron James' chapter is not closed yet, right? He still has some basketabll to play. So maybe he has a chance to catch him later on if he can get some more championships under his belt. But at the end of the day, they're both great, and they play the game right way, they make their teammates better, they've won championships, and thank god for LeBron, because right now, that's what we're watching. We're watching LeBron James."

Kevin Durant
One person we know doesn't have Durant's vote? LeBron James, considering how he responded to a fan.

KD reacts to a fan calling LeBron the GOAT

Heck, LeBron wasn't even in KD's top five... yet. KD put MJ at one -- "obviously," he said -- followed by Kobe, Shaq, Hakeem and Magic. As for LeBron, KD said that he likes to wait until players retire to fully evaluate them.

Charles Barkley
Barkley also excluded LeBron from his top five, ranking him behind Kobe. MJ sat at the top, followed by Oscar Robertson at No. 2, and then Bill Russell, Wilt Chamberlain and Kareem Abdul-Jabbar, in no particular order, to round out his five greatest.

Shaquille O'Neal
When the Big Aristotle speaks, you listen. And he not only says that Jordan is the G.O.A.T., but that he's the greatest by a large margin.

Allen Iverson
Allen Iverson has, verbatim, written these words: "Mike is the G.O.A.T....... Mike is always going to be the G.O.A.T." -- and yet we're still not sure where his allegiance lies. Because recently, he appeared on Fat Joe's Instagram show (where else?) and gave the following answer:

"I'm not gonna fight it. As much as I love Michael Jordan, like dawg, man LeBron James is the one, dawg. He the one, man. That motherf---er is the one."

Kevin Garnett
KG has come conflicting viewpoints, but his most memorable was the one in which he asked a simple question to anyone who question MJ's greatness: Are you serious? Start around 1:45 to see him burst into a passionate rant.

Last night on @KGArea21, @ROSGO21 said she believes LeBron is more scrutinized than Jordan. And let’s just say there was a difference in opinion pic.twitter.com/oCpGo3reLC

However, he was less passionate on the matter when talking about the debate with Dwyane Wade, as the two stars seemed to agree that it's a question without a real answer.

Zion Williamson
Members of the media asked Williamson the G.O.A.T. question while he was still at Duke in 2019.

Luka Doncic
Doncic, along with several other 2018 rookies, joined Team MJ. However, it wasn't a unanimous pick.

Damian Lillard (kind of)
Though Lillard doesn't come out and say LeBron is better, he weighed in on how the whole argument is perceived.

I don't think ppl will ever be able to admit someone is better than Jordan even if they are lol... https://t.co/DiLT7BLHd5

2019 NBA Survey
Don't tell LeBron... but this one was a blowout. An anonymous player poll conducted by The Athletic found that Michael Jordan garnered 73% of the vote in the G.O.A.T. race, though LeBron did come in second place at 11.9%. 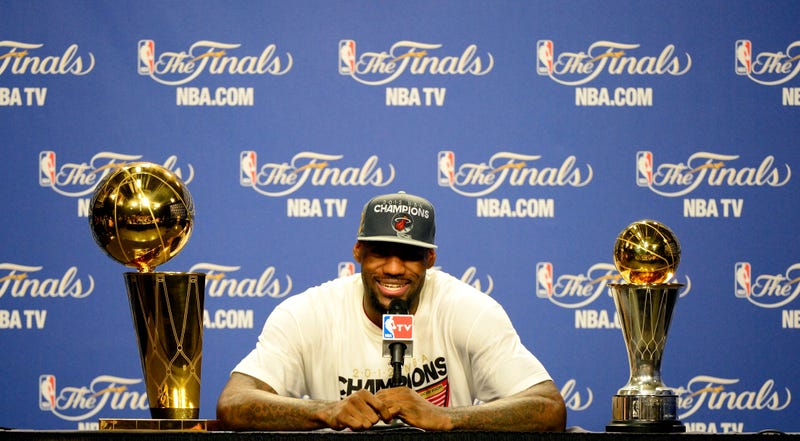 LeBron James
LeBron reflected upon bringing an NBA Championship home to Cleveland with him in 2016, confidently saying that this accomplishment "made me the greatest player of all time."

Magic Johnson (kind of)
See above.

Oscar Robertson
Big O was some players' choice for the greatest player of all time if they didn't choose MJ or LeBron -- along with Wilt, Kareem, and others -- but he knows where his allegiance lies. Big O was skeptical of Charles Barkley's take that LeBron isn't as good as MJ, saying that LeBron is "in a class by himself."

Isiah Thomas
We're not necessarily surprised at this one, especially considering what we learned about Thomas' relationship with MJ. And, technically, Thomas chose neither, putting Kareem Abdul-Jabbar on a separate tier above them. However, he did make a pick between the two stars.

"For me, I look at the total body of work, what LeBron James is as a basketball players, and if I had to pick one over the other, right now, I'm picking LeBron James over Michael Jordan. Because Jordan would beat you scoring, but this guy beats you at everything."

Bill Laimbeer
Another member of the 1980s Pistons? Interesting... but regardless, Laimbeer was pretty clear in his opinion.

"I'm very vocal. I think LeBron is the best player that's every played the game. He's 6-foot-8, 285 pounds, runs like the wind and jumps out of the gym, and more importantly, when he came in the league, from day one, he knew how to involve his teammates to win. And that's something that Jordan had to learn for a long time."

JJ Redick
Redick lauded LeBron's intelligence and asserted that he thought he was the "greatest player to ever play."

Kendrick Perkins
Perk has adamantly stood up for LeBron being No. 1, especially after ESPN's all-time list from 2020 had him as the runner-up behind MJ. On ESPN's "Get Up!", he owed his opinion to LeBron's statistics, his ability to exceed incredibly hefty expectations more than anyone else, and his greatness in coming back home and winning a championship.