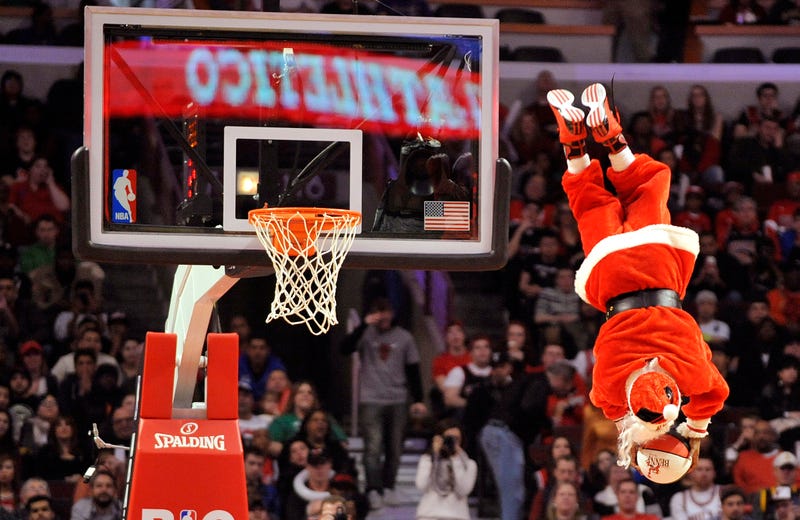 Christmas is viewed by many as the unofficial start of the NBA season. With the NFL regular season nearly wrapped up, fans begin to focus on basketball in late December, so the NBA normally has it’s elite teams play against each other.

ESPN’s Adrian Wojnarowski says that Lakers will host the Clippers at Staples Center, the Denver Nuggets will host No. 1 overall pick Zion Williamson and the New Orleans Pelicans at the Pepsi Center and the Toronto Raptors will host the Boston Celtics at Scotiabank Arena.

Maika Andrew of ESPN is reporting that the Philadelphia 76ers will welcome the Milwaukee Bucks to the Wells Fargo Center on Christmas Day as well. The Sixers and Bucks are seen as the two favorites in the Eastern Conference with Kawhi Leonard having gone west.

Finally, Tim MacMahon of ESPN says that the Golden State Warriors will host the Houston Rockets at their new area, Chase Center. The Warriors lost Kevin Durant in free-agency, traded former NBA Finals MVP Andre Iguodala and are expected to be without Klay Thompson for much of the 2019-20 season after he tore his ACL in Game 6 of the NBA Finals. Meanwhile, the Rockets acquired former MVP Russell Westbrook, who will reunite with his former Oklahoma City Thunder teammate James Harden.

It’s not yet clear what time each game will be played at. It feels like a near certainty that the Clippers and Lakers - arguably the two best rosters in the league - will play the 3 p.m. ET game, which is normally viewed as the dinner time game, even if both of these teams play on the West Coast.

While the NBA has yet to announce when they will release the full 2019-20 schedule, more dates have leaked out as well, courtesy of Shams Charania of The Athletic.