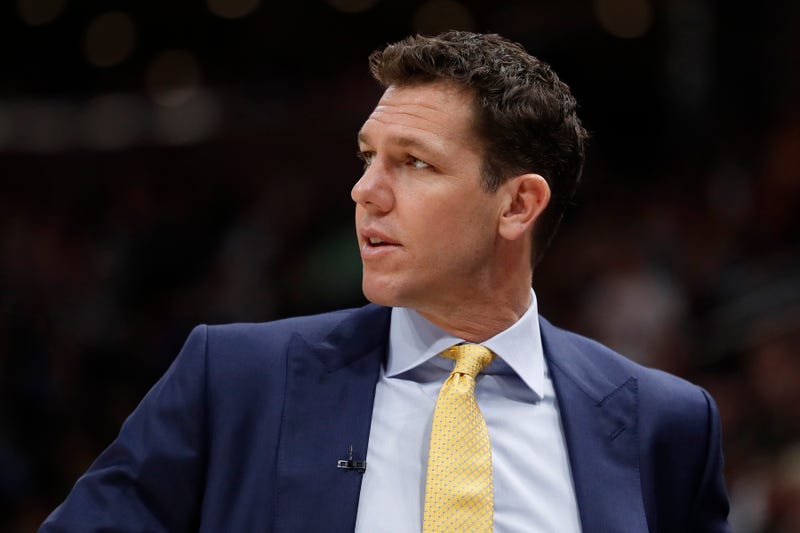 Sacramento Kings head coach Luke Walton will not be disciplined by the NBA over sexual assault allegations, the team and league announced in a joint statement on Friday.

League investigators determined that there was “not a sufficient basis to support” the sexual assault allegations made against Walton.

Kings announce conclusion of their joint investigation with the NBA into the Luke Walton sexual assault allegations from Kelli Tennant. Conclusion: “Not a sufficient basis to support the allegations made against Coach Walton.” pic.twitter.com/p6mJc6OEFG

Kelli Tenant, a former Spectrum SportsNet LA host, filed a civil lawsuit against the 39-year-old head coach in April shortly after he was hired by the Kings, alleging that he had assaulted her in a Santa Monica, California hotel room in 2014 while he was an assistant with the Golden State Warriors.

The Warriors said they were unaware of the alleged incident while the Kings joined the NBA in its investigation.

In an April news conference, Tenant claimed Walton “got on top of me and pinned me down to the bed and held my arms down with all of his weight while he kissed my neck and my face and my chest.”

Tenant said that when she asked him to get off of her, he laughed.

“I thought he was going to rape me,” she said. “I was finally able to get up after what felt like forever. And I immediately jumped up to leave the room, and he came around and grabbed me from behind and again held my arms down so I could not move. … I kept begging him to please let go and to please stop. And he continued to laugh in my ear. He finally let me go, and I got out of the room.”

Walton said in a July court briefing that the allegations were not backed up by facts and were designed to attract media attention.

He said in a statement on Friday that he is “100 percent focused on coaching the Sacramento Kings, and energized to work with this incredible group of players and coaches as we start the preseason. I will have no further comment.”

The investigation can be reopened only if there is new evidence that becomes available.