As teams around the NBA look to make deals ahead of the Feb. 6 trade deadline, one team could potentially bolster its roster by adding a former league MVP.

Sure, Derrick Rose is far from that player, but he has quietly been putting together a strong season with the Detroit Pistons that could have him in the conversation for Sixth Man of the Year.

With the Pistons in 10th place in the Eastern Conference and 12 games under .500, it is likely that the team will be sellers in the coming weeks and many contending teams would jump at the chance to add Rose to its roster.

Those are impressive numbers, especially for someone contributing off the bench, but there is always the lingering concern of injuries when it comes to Rose.

He has played in more than 60 games just twice since he tore his ACL in 2012, and the last time he did that was in the 2016-17 season with the Knicks, which was cut short so he could have surgery on a torn meniscus.

Any team interested in trading for Rose would need to be mindful of his minutes and durability, but if that can be managed and he is healthy for the playoffs, he could be an X-factor off the bench.

While any contending team should eye Rose, here are the TK teams that may make the most sense to pursue the point guard:

We all know the Lakers are going to make a move at the trade deadline, the questions is what will it be?

While they sit atop the Western Conference, bolstering their bench would make the most sense for the Lakers, which would make Rose an ideal fit. In fact, he could arguably be the best point guard on the team among Rajon Rondo, Alex Caruso, Avery Bradley and Quinn Cook, although monitoring Rose’s minutes would likely keep him for being a starter.

It is also very realistic that the Lakers could move Kyle Kuzma, who has been disappointing this season, battling through injuries and receiving inconsistent minutes. If the Lakers were to try and build a trade package around him, perhaps they attempt to pull both Rose and Markieff Morris from the Pistons. It would allow the Lakers to have both a big man and a dynamic point guard, which would make them that much more deeper of a team heading into the playoffs. 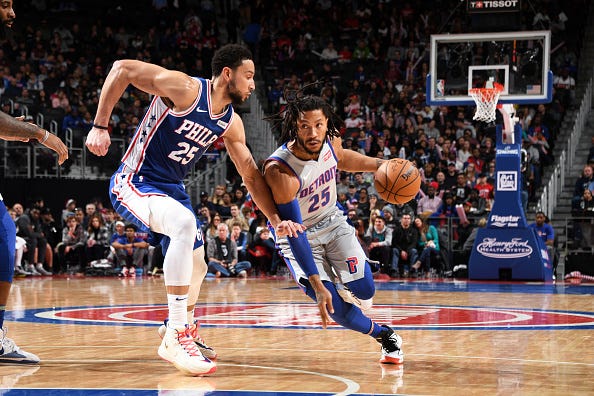 There is no doubt the Sixers need to be more efficient shooting and have better ball-handling, and Rose can provide both those things. The veteran point guard excels at pick-and-roll sets and has a 49.6 field goal percentage through 36 games. While Rose’s mid-game jumper is still strong, he does lack a good 3-point ball, which may fall more in line with what the Sixers need. Rose is shooting just 31.8 percent from beyond the arc, and the Sixers rank 16th in the NBA in 3-point percentage and 25th in 3-point attempts. Still, Rose would be a welcome addition for a Sixers team that needs to improve its depth.

Celtics general manager Danny Ainge said the team probably won't make a big splash at the deadline. The Celtics certainly need to add some size, but perhaps Rose could catch their eye. While he doesn't address the team's size problem, the veteran point guard would not likely cost Boston much in terms of money (owed $7.3 million) or in young talent. He would strengthen the backcourt depth behind Kemba Walker and Marcus Smart and give the team a bonafide scoring option among its reserves. He may not be a priority, but they might as well inquire and see if they can have one of the deepest backcourts in the NBA. 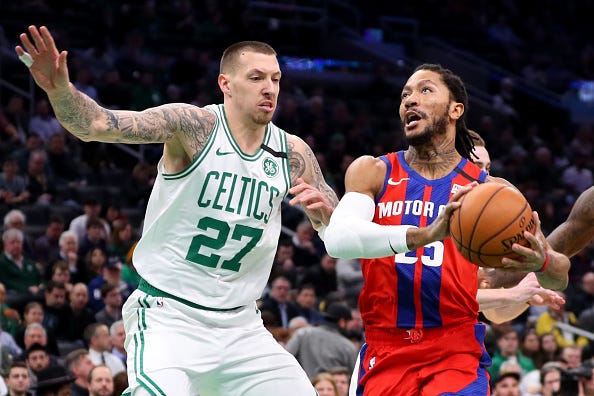 The Mavericks have taken an enormous step forward this year behind MVP candidate Luka Doncic, and are likely to be active at the trade deadline as they aim to make a deep playoff run. Last year, Mark Cuban sounded impressed by what Rose was doing in Minnesota and this year he has shown that was no fluke. How Rose would fit in Dallas with Doncic may be tough to figure out, though. Rose could come in when Doncic is on the bench, where he is an upgrade over JJ Barea and Jalen Brunson, but it would likely result in a reduction of minutes. However, Doncic is versatile enough to move off the point and share the court with Rose at times. If they believe the two can coexist that way, Rose should be seriously considered by Dallas.