A 50-point explosion isn’t a bad way to begin a career with a new team. And although it came in a heartbreaking loss, Kyrie Irving’s debut in Brooklyn was everything the team could have asked for: a line of 50 points, eight rebounds and seven assists had the Nets’ fan base buzzing with excitement. He hasn’t exactly cooled off since then, maintaining a scoring average of 37.7 points per game after the first week of the season.

So what’s all the fuss about?

It’s the same fuss that has followed Irving throughout his whole career. His statistical performance never seems to be an issue. He recorded career-highs in rebounds and assists last season and made his sixth All-Star team in eight seasons. It’s what happens off the court that presents a different problem.

He’s an interesting personality to say the least -- just look back at his flat Earth theory -- and his attitude was a focal point in sports media throughout his time with the Boston Celtics and briefly at the end of his career in Cleveland.

The newest reports from ESPN’s Jackie MacMullan say that the Nets are “queasy” from “Irving’s infamous mood swings,” of which there was an occurrence during the team’s trip to China. MacMullen additionally reports that the team will rely on players like Kevin Durant to help him through these stretches. KD doesn’t seem to be willing to take such a direct approach, however, instead claiming that it’s better to “leave him alone” and let him be his own person.

Former NBA big man and regular contributor to the RADIO.COM Sports Original Scal and Pals Kendrick Perkins has been pretty transparent in his views of Kyrie Irving, calling him “disrespectful” and saying that he’s “lost all respect” for the former Duke star.

When Scal and Pals co-host Steve Ceruti questioned Perkins about this report, Perkins stood strong in his beliefs.

“Why did you think Kyrie was going to change?” Perkins asked. “Kyrie is who he is…and I don’t think he’ll ever grow up. From what I heard, that’s why the Knicks didn’t even want to entertain [signing him]. They heard of his mood swings and that drags the character of the team down.” 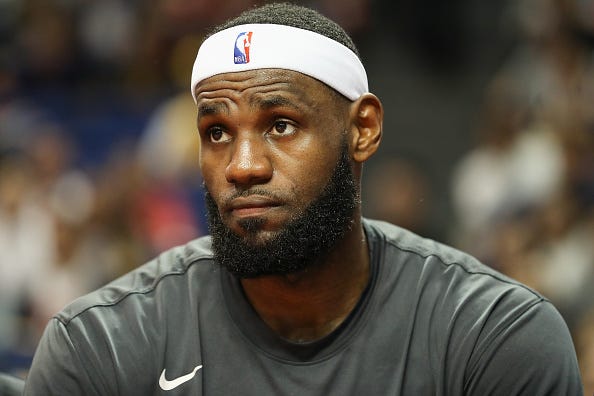 LeBron James Among Thousands Forced to Evacuate Due to California Wildfires

Perkins compared him to all-time great Kobe Bryant, in that Bryant would frustrate teammates by showing up late to meetings continuously and presenting some behavioral issues off the court. However, he believes that Kobe’s contributions to basketball were much greater.

“Yes, [Kyrie’s] numbers are up there, but Kobe put up numbers to win basketball games… Kyrie puts up numbers for self-satisfaction,” Perkins said. “He was cool with dropping 50… he didn’t really care about the loss.

“We all know [Rondo] was moody… but we also knew that he was all in. There wasn’t [anything] to us that said he wasn’t fully committed.

“But now coming into the game you don’t know what you’re going to get out of Kyrie. Yes he’s coming out and putting up numbers, but on the other end he’s a liability.”

Irving was a winner previously in his career, though, as he played a major part in the winning formula for the 2015-2016 NBA Champion Cavaliers alongside LeBron James. But according to Perkins, even that relationship was very frayed.

“LeBron was honestly hurt when Kyrie decided that he wanted to get traded from Cleveland,” Perkins said. “It wasn’t LeBron that wanted Kyrie out…Bron extended his hand more than I’ve ever seen him do to any player.”

If Irving couldn’t coexist for long with LeBron, then what points towards his relationship with Durant being any better?

“That’s a hard situation because KD is moody, too!” Perkins said, further asserting his concerns about the viability of this Nets core.

“It’s always drama with this kid [Irving]. All the time.”