The Cleveland Cavaliers had high expectations for Kevin Porter Jr., the final pick of the first round in the 2019 draft, after he averaged 10 points per game in his rookie season. But just one month into the 2020-21 season, it looks as though the Cavaliers have had enough.

According to ESPN's Brian Windhorst, the Cavaliers are looking to trade or waive Porter Jr. after a "screaming match with team officials" in the locker room. The cause? New Cavs forward Taurean Prince, who was acquired in the megadeal involving James Harden, was given Porter Jr.'s locker, and the second-year standout was moved to an "auxiliary area." Senior NBA writer Joe Vardon added that the location of his new locker was where the "younger, end-of-bench players" usually stay.

There was another element of his outburst that involved more than just a verbal interaction and might sound quite familiar to Cavs fans — Porter Jr. reportedly threw food at one point, which immediately brings to mind the incident when J.R. Smith threw soup at assistant coach Damon Jones in his 2018 stint in Cleveland.

Why do the Cavs have so many 'food throwing' issues?😂

Another report from Spencer Davies of BasketballNews.com adds that, though the food incident was "relatively minor," Porter Jr.'s anger led to him yelling about "modern-day slavery" as his frustration mounted despite attempts from GM Koby Altman to "settle him down and hear him out."

Conduct issues are nothing new for the 20-year-old Porter Jr., who has yet to play this season due to off-court matters. He was arrested in November of 2020 after crashing his Mercedes SUV and subsequently getting found with a handgun and marijuana. 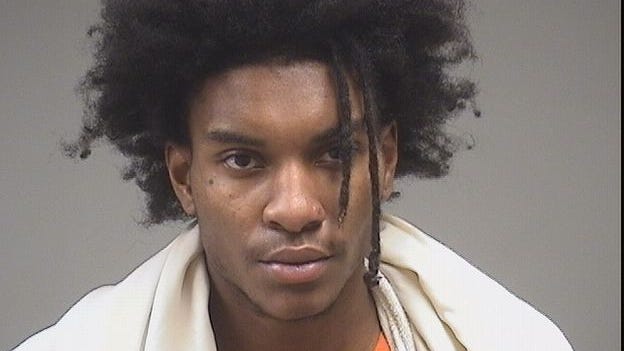 He was also suspended while at USC for "conduct issues" which kept him out of action for two weeks of his only college campaign, though he eventually returned and was a relatively reliable option on the floor for the remainder of the season.