Rarely has an NBA player’s professional debut been as hyped up as Zion Williamson’s.

Despite word from head coach Alvin Gentry that his highly-touted rookie will be on a fairly strict minute cap, the build-up to his first appearance has been a focal point of local and national basketball media throughout the 2019-2020 season.

Wednesday night will officially end the wait and, regardless of how many minutes he plays, eyes will be glued to the TV as NBA fans anxiously await his first professional action.

In preparation, we’ll take you through five of the most-hyped NBA debuts since 2000 and explore how they panned out. 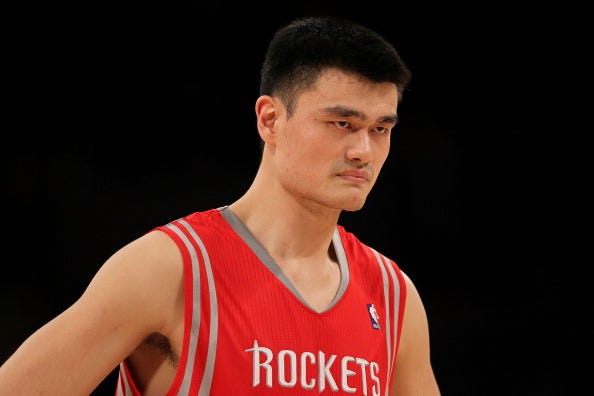 Unlike Zion and the other rookies on this list, Ming had plenty of professional experience by the time he was ready to play NBA ball. Playing for the Shanghai Sharks of the Chinese Basketball Association for years, he finally entered the association at age 22. The first overall pick of the 2002 draft entered the league as the tallest player ever at 7-foot-6 obviously entered the league with high amounts of scrutiny from fans, writers and fellow players, and his debut further put his future as an NBA big into question.

In just over 10 minutes of playing time, Yao did little to make an immediate impression. Going 0-for-1 from the floor, he grabbed two rebounds and was whistled for three quick fouls. It took only a couple weeks, however, for Yao to settle into his new Houston home and become a major fan favorite. His first 20-performance came eight contests into his career and notched a 30-point double-double just two games later. 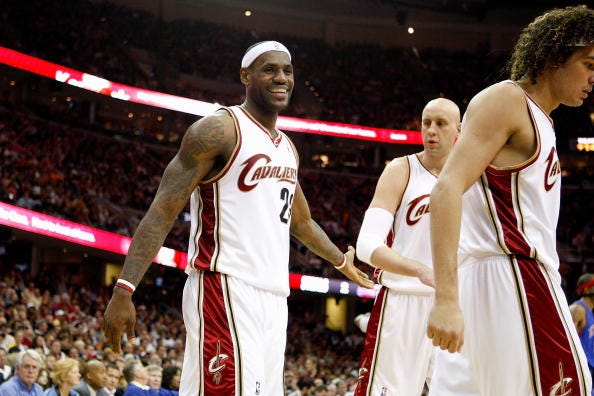 LeBron’s hype is easily explainable by the fact that he skipped out on college completely in order to fulfill his NBA dreams. At the same time that Yao was beginning to make waves in the NBA, LeBron took up the entire cover of a 2002 Sports Illustrated captioned “The Chosen One.”

So two years later, after being taken first overall in the draft by the Cavaliers, “The Chosen One” started his journey to become “The King” on the right foot. His statline -- 25 points, nine assists, six rebounds and four steals -- was very reminiscent of what we have seen, and continue to see, from LeBron at his current state.

The Cavs didn’t find immediate success under LeBron, but the drastic turnaround was apparent. The 2002-2003 Cavs went 17-65. LeBron more than doubled their win total the next season and, two years after, led Cleveland to the postseason for the first time since 1997-1998. 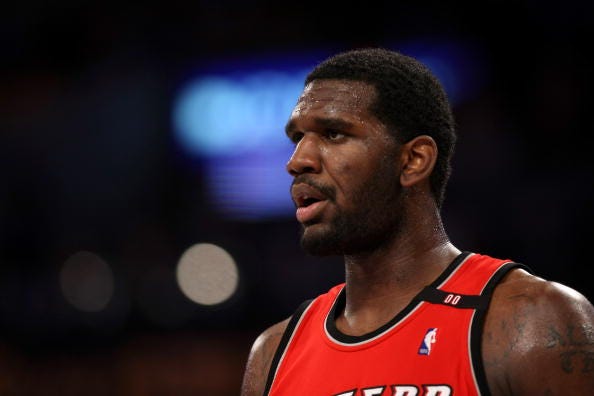 We know that Oden’s health derailed his career and led to his career being regarded as one of the biggest busts in NBA history. But how did he perform when he finally took the floor?

Blazers fans had to wait a full season until they could see the potential future of their franchise in action and it’s highly likely that their worries subsided after the rookie’s first game. Oden played for just under 13 minutes, finishing with no points on four attempts and five rebounds. But what was more concerning was the fact that he missed the next six games with a foot injury, significantly diminishing the hype surrounding his future.

After a couple weeks, he bounced back nicely and ended up putting up some solid performances, highlighted by a dominant performance in a one-point victory over the Knicks in which he posted 17 points, 12 rebounds and six blocks. 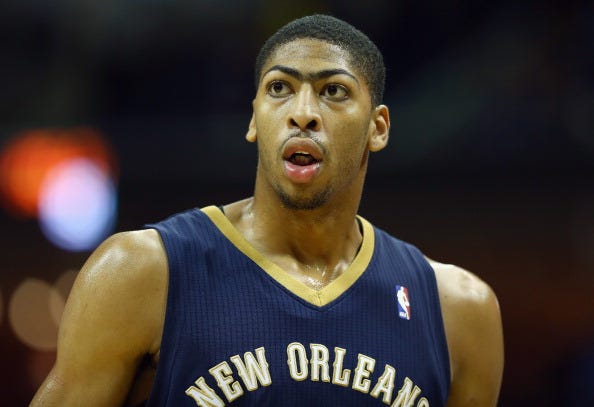 It wasn’t too long ago that New Orleans was dealing with another extremely hyped rookie.

The Brow entered the league off of a hot college finish, winning the NCAA Championship with Kentucky and earning accolades such as the 2011-2012 SEC Rookie of the Year, Player of the Year and Defensive Player of the Year. The New Orleans Hornets -- yes, AD has been in the league long enough to have been a Hornet -- were coming off of a last-place finish and in desperate need of some star power.

Enter Anthony Davis, who immediately made an impact and led his team in scoring with 21 points and displayed impressive poise with a perfect 9-9 line from the charity stripe. He became just the second rookie ever to score 20 points and not record any turnovers, alongside Donyell Marshall. 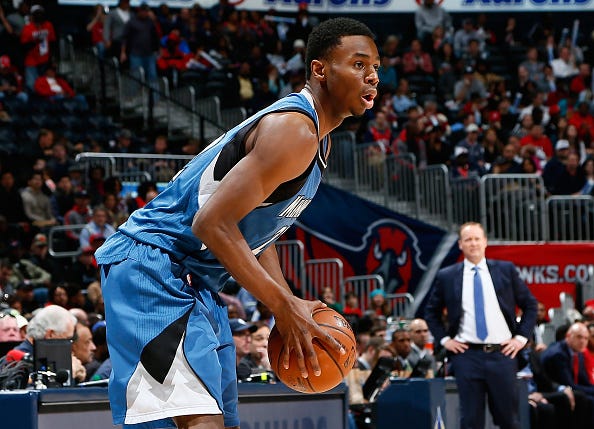 Wiggins has had a very polarizing and complicated journey in the NBA, but there was little opposition to his potential as a future NBA star at the time of the 2014 NBA Draft. In a class loaded with hype featuring names like Joel Embiid, Jabari Parker, Julius Randle and Zach LaVine, it was Wiggins who was drafted first overall to the Cavaliers.

He didn’t last long in Cleveland, as a blockbuster trade sent him to Minnesota in return for Kevin Love among other moving pieces. At 19 years old, he made his debut and was largely unexciting. Finishing with six points, three rebounds, two steals and an assist, Wiggins’ start in the association took a little bit of time to build momentum.

By the time December rolled around he had grown as an NBA scorer, ripping off a streak of 22 consecutive double-digit scoring efforts. But his streaky shooting has largely been blamed as a reason for the Timberwolves’ long-lasting struggles, and many feel his NBA career can officially be labeled as a bust.