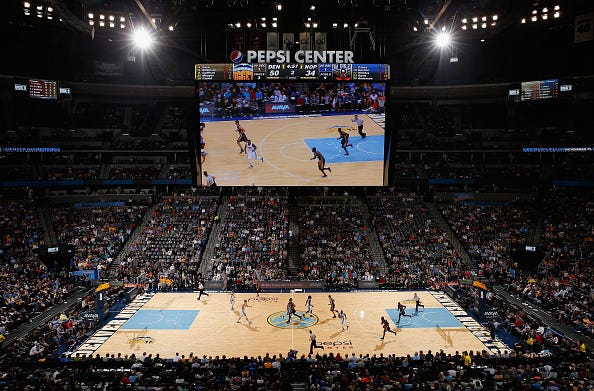 The kiss cam is so last decade.

The Milwaukee Bucks have taken the candid audience video shout-out to a new level by introducing what’s being called the “reverse-eating” cam and it’s grossing out a lot of people, according to “Today.”

This is a WEIRD cam, Milwaukee. pic.twitter.com/ziXPEabWWs

The camera trick involves filming spectators at the game digging into food such as burgers, hot dogs and nachos and then playing it back in reverse on the massive LED screens in the arena.

So while you might have been innocently enjoying cheese fries, now the entire audience is seeing it altered to look like your puking it up into your hands. Yuck!

The NBA team actually implemented the gimmick last year, but it recently went viral after a sports podcaster shared it to social media. The overall reaction has people fluctuating between feeling disgusted and mesmerized.

One person wrote: “My eyes, they bleed.”

Another found it morbidly fascinating adding:  “Like a car wreck...you can't look away.”

While a third was completely here for it by commenting: “This is freakin awesome!”

Regardless of how you feel about it, the Bucks have no plans on stopping the cam anytime soon.

"We introduced the reverse cam last year," the team's chief communications officer said. "We feel it captivates the audience and you can hear genuine laughter, and also feel the discomfort based on what happens. It's fun and has been well-received."

And it looks like the “reverse-eating” cam could be a new standard as one fan mentioned they recently saw it at a Denver Nuggets game too.