The New York Knicks' social media presence was inundated with Immanuel Quickley highlights on Monday, and rightly so. The rookie guard, who was selected at No. 25 overall and was considered a reach by a good amount of analysts, has turned heads to begin his NBA career and has made an immediate impact on the offensive side of the floor.

We are a Quickley floater fan page now 💧 pic.twitter.com/EZJiy3xItJ

But another sequence from the first half on Martin Luther King Day action was something the Knicks' social media team understandably wanted to keep off of their Twitter page. But with just how funny and chaotic it was, it was only a matter of time before someone was able to upload a video.

Before we show it, let's look at how it appeared in the box score. With 3:50 remaining in the first half, RJ Barrett corralled a defensive rebound and gave New York possession. 12 seconds later, Julius Randle attempted a layup down low, and that's when things got ugly...

Five missed shots, four of which came right at the rim, in 20 seconds. That sounds like the Knicks of old, not the surprisingly not-terrible iteration of the team that is the 2021 Knicks. But hey, everyone misses sometimes. And the Magic aren't excused here either, though it may have been excellent defensive work that forced some of these misses. But allowing four offensive boards? Come on, guys.

Now, let's watch it all unfold.

Paging Shaq. You've got a nice team candidate for "Shaqtin' a Fool," though it definitely isn't the worst we've seen this year. 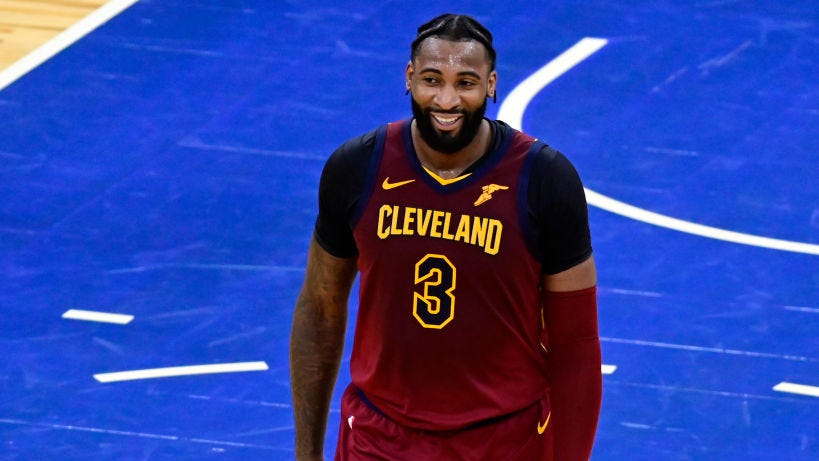 What on earth was Andre Drummond thinking on this ridiculous shot attempt?

At halftime, the Knicks led the Magic by nine points and were noticeably up in one statistical category: offensive rebounds. Now you'll know not to let that statistic deceive you.