We don't like the fact that March Sadness has become such a popular term in the sports universe this year. The unfortunate truth, though, is that we are without March Madness in 2020, and there's nothing we can do about it.

What we can do, though, is relive some of the greatest moments in recent years, some of which are ingrained in your memory forever, and some of which you may have forgotten about completely, allowing you to experience the same excitement as when you first watched it.

Without further ado, here is the best moment from each March Madness of the last 10 years along with a video clip. 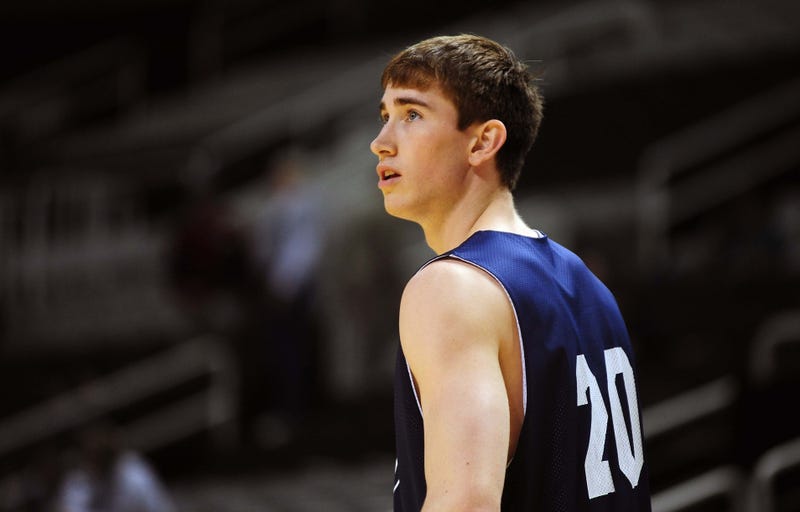 The Greatest Miss Of All Time

So close. Oh so close.

Gordon Hayward probably still struggles to live down his halfcourt heave that clanked off the backboard, and then the rim and seemed to miss by just a matter of inches, allowing Duke to claim the NCAA title.

Hayward and No. 5 Butler pulled off close game after close game, defeating No. 1 Syracuse, No. 2 Kansas State and No. 5 Michigan State on their way to the championship against No. 1 Duke. And they came so excruciatingly close to pulling off the gigantic upset, as Hayward missed not one but two extremely close shots within the last 10 seconds of the game. 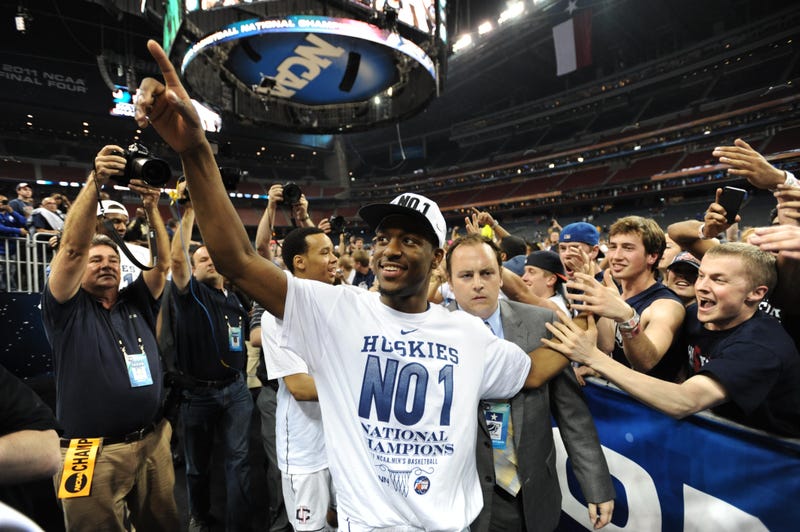 Kemba Walker may have earned his nickname during the Big East tournament, hitting a buzzer beater over Pittsburgh to advance UConn, but he carried the same magic throughout the tournament.

However, it’s worth checking out Bleacher Report’s retrospective on the entire run, Big East tournament included, when reliving the magic of UConn throughout 2011 March Madness. 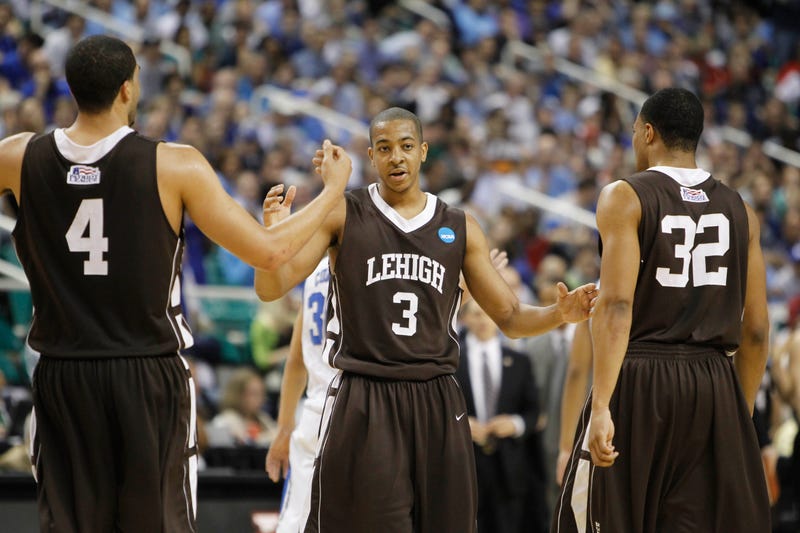 This was a tough year to choose from, as there were several solid candidates. Watching Anthony Davis and No. 1 Kentucky put up 102 points in a slugfest with Victor Oladipo and No. 4 Indiana is about as exciting a matchup as you’ll see. Seeing No. 2 Kansas battle back against No. 2 Ohio State in the Final Four en route to a two-point victory was incredible.

But everyone loves seeing a good upset, and the first round of the tournament provided one of the best. It’s even more entertaining to watch in hindsight, too, because the leader of the pack is now an NBA star. 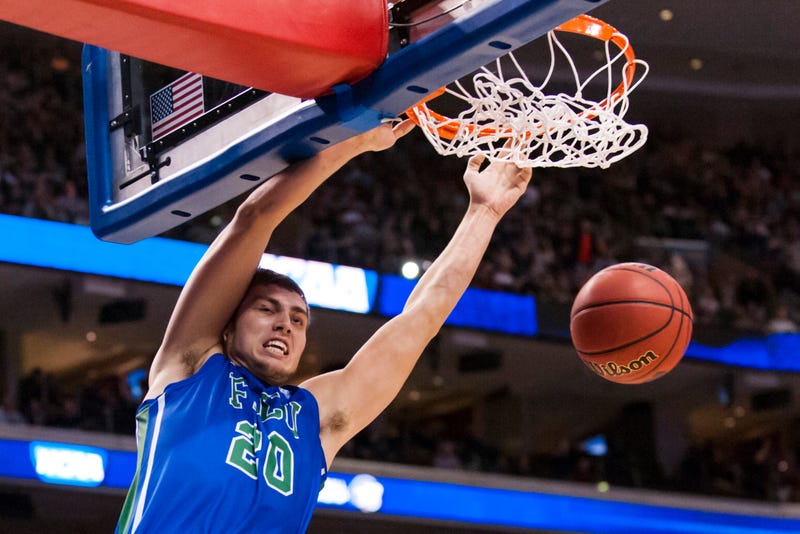 FGCU dunked all over the competition in 2013. Photo credit USA Today

Never has the slam dunk defined one team so much as it did with Florida Gulf Coast University in 2013. The No. 15 seed soared their way into the tournament but wasn’t expected to put up a fight against Otto Porter and No. 2 Georgetown. But then they did, by a double-digit margin, and everyone in the country became a fan of FGCU and their high-flying antics.

Then they one the next round to advance to the Sweet 16, sending the nation into a frenzy. Some of the dunks in their Round of 32 victory over San Diego State looked straight out of a video game. Luckily, YouTubers have compiled all of the dunks from the tournament in an extremely entertaining package. 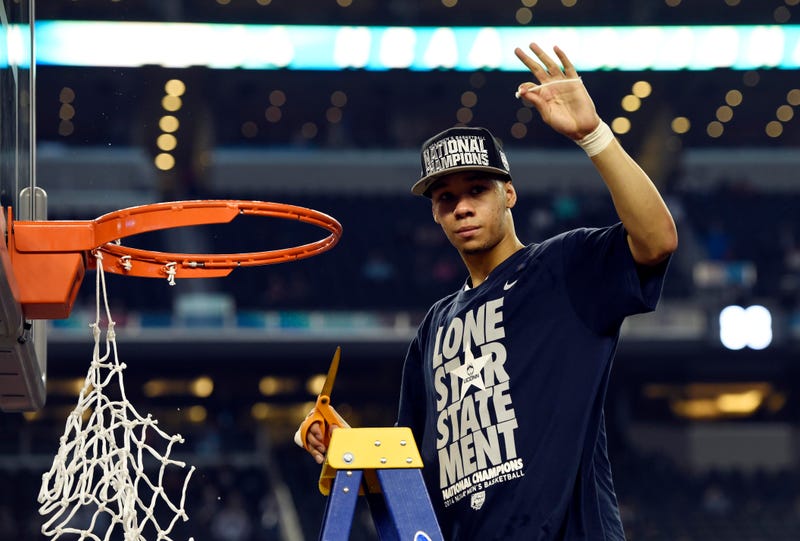 Both teams deserve a ton of credit in making this tournament something to watch. We know that No. 7 seed UConn came out on top due to the incredible play of Shabazz Napier, but it’s hard not to mention the stellar performance of No. 8 Kentucky when considering the 2014 tournament.

Aaron Harrison hit game-winning threes in the Elite Eight and in the Final Four, but couldn’t quite drive his team to a victory in a thrilling title game. Despite those late-game heroics from Harrison, the must-watch moments from this tournament belong to UConn, considering both how they entered the tournament and their journey to come out on top. 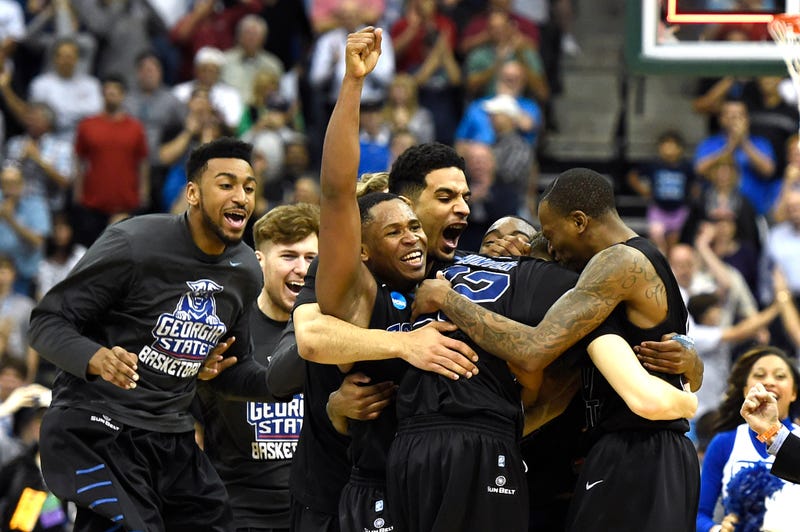 Ron Hunter Falls Out Of His Chair

As a coach, it must be an amazing feeling watching someone on your team nail a buzzer beater three that clinches a victory and advances you to the next round. If you’re a No. 14 seed pulling off such a feat over a No. 3 seed, it becomes even more incredible. And when the player hitting the shot is your own son… I can’t even imagine.

But the magic of March Madness all came together to provide us with this unforgettable moment, as R.J. Hunter and Georgia State pulled off a miracle victory over Baylor in the first round of the 2015 tournament. 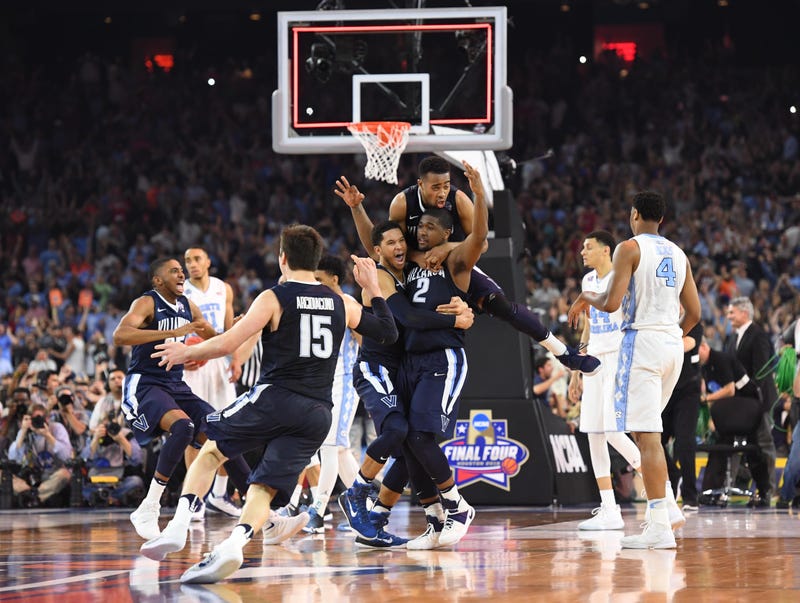 The 1983 National Championship between NC State and Houston ended in a buzzer beater, albeit a buzzer beater dunk. It’s not that that’s not exciting, per se, but it typically points to a complete breakdown in the defense as opposed to one player putting the team on his back.

Instead, he was the second player to ever win the tournament on a buzzer beater. The craziest thing about it was that, in my opinion, Marcus Paige’s game-tying three pointer for UNC just seconds earlier was the more impressive shot of the two. 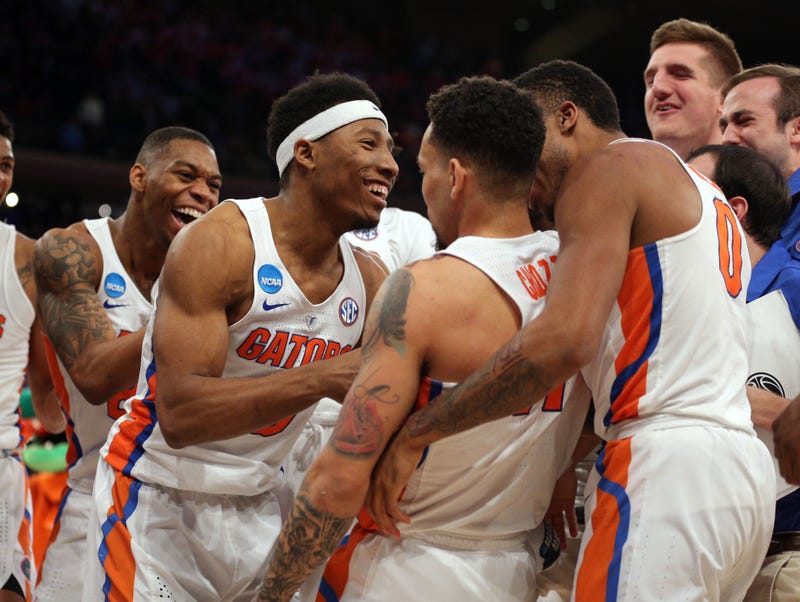 Chris Chiozza hasn’t done much in his NBA career. He’s been on three teams in two seasons and has yet to play a significant role in any of those situations. Now on the Nets, the guard had a 14 point showing recently and set his career high.

As a junior at Florida in 2017, he didn’t play a major role, either. He averaged 22 minutes per game as a bench scorer, chipping in just over seven points per contest. But one shot entirely defined his college career and perhaps even helped to make his case as an undrafted free agent in the NBA.

The entire end of this game is thrilling to watch, as seeing Chiozza, KeVaughn Allen (35 points) and Florida storm back against Wisconsin and finish on a game-winning, buzzer beater three from Chiozza was the epitome of March Madness. 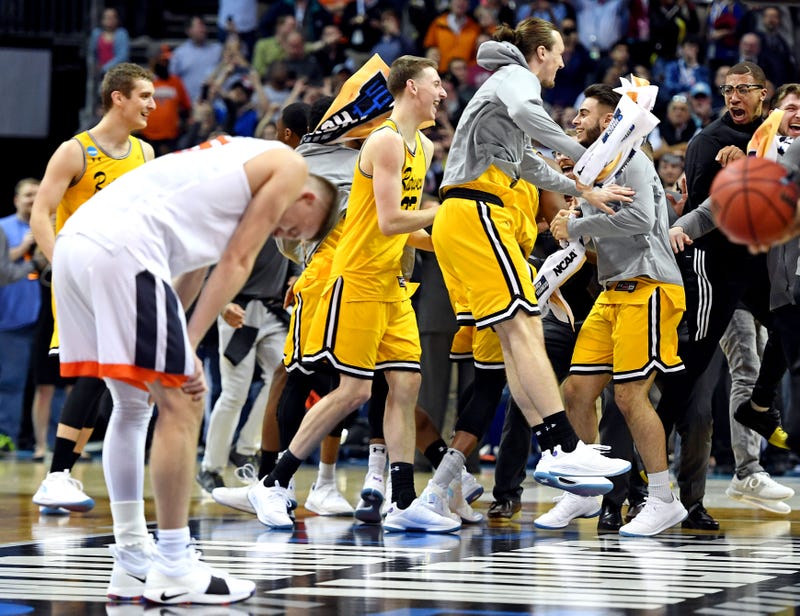 What a great tournament this was. After all, Loyola-Chicago provided us with a true Cinderella story, becoming just the fourth No. 11 seed to make the Final Four in the tournament’s history. They won their first three games by a combined margin of four points before trouncing No. 9 Kansas State in the Elite Eight.

But that run was only possible, perhaps, because of No. 16 UMBC, the team that finally did the undoable: defeated the No. 1 seed in the opening round. In a game that featured several players from Virginia’s 2019 National Championship team, the Cavaliers just couldn’t get their defense -- which posted the second-best rating out of 351 teams in the nation -- to stop the UMBC Retrievers offensive attack, which dropped 74 points en route to a 20-point upset. 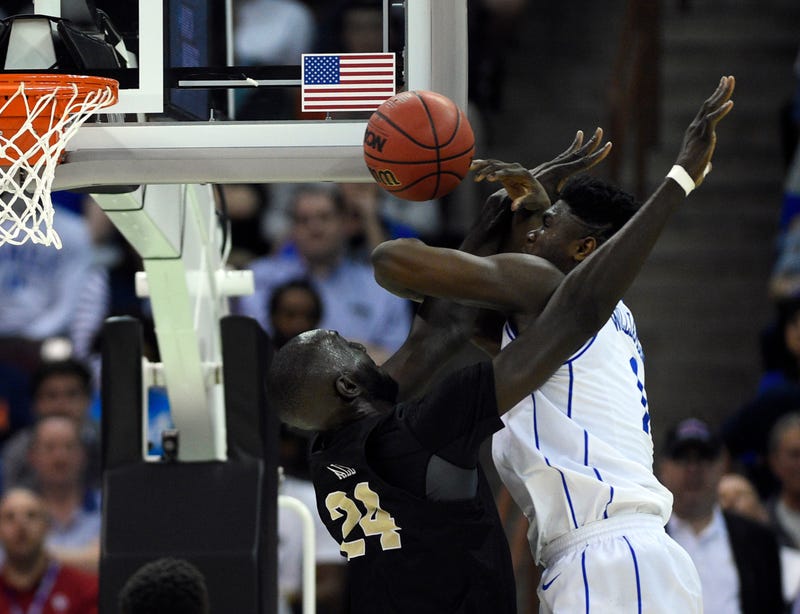 It’s hard not to award Virginia with the most entertaining moment, given the miraculous finish to their Elite Eight faceoff against Purdue, the one-point victory that propelled the team to the national championship and their eventual victory in the title game.

But to me, the single most entertaining clash in the tournament last year was when two gargantuan presences went head to head. The future No. 1 overall pick, Zion Williamson, led No. 1 seed Duke against 7’5” Tacko Fall and No. 9 seed UCF in a second round matchup.

Williamson got the better of Fall, collecting 32 points and 11 rebounds and converting a clutch layup through contact to keep Duke’s hopes alive. Though he missed the and-1 opportunity at the line, his teammates bailed him out as Duke advanced.