The college football season is reaching its mid-point this weekend as we head into Week 6. For the first time this year, there is a new No. 1 in the AP poll as Alabama has moved itself ahead of Clemson. With some more conference games and top-25 teams squaring off this weekend, there could be more shakeups to come as teams begin to try and separate themselves and make a case for the College Football Playoff.

Here are the games to watch:

If Michigan stands any chance to salvage its 2019 season, this is it. The Wolverines restored their confidence in a thrashing over Rutgers last week and now they host a conference game against an undefeated Iowa team. Michigan needs to win out to earn a trip to the Big Ten conference championship, and the first step in proving the early season was a fluke would be to win this game. Meanwhile, a victory for Iowa puts them at 5-0 and 2-0 in the Big Ten with Penn State up next week, and suddenly the Hawkeyes are in position to shake up the Big Ten. 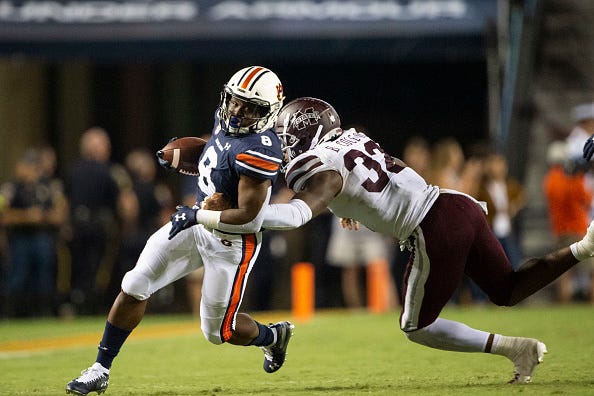 This may be the most intriguing matchup of the weekend. Two undefeated SEC schools in the top-10 facing off against one another with a chance to stay in the hunt for the SEC title game and College Football Playoff. Both teams boast strong defenses, but Auburn has been battle-tested with tough victories over Oregon and Texas A&M already. This matchup is the first true test of the Gators to show whether or not they are for real. 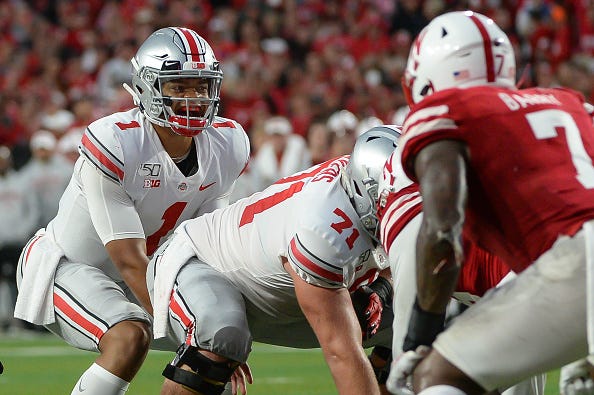 Ohio State has steamrolled every opponent thus far this season, outscoring them 262-43, but the Spartans may give the Buckeyes a bit of a battle. While Ohio State is still home and favored by 20, Michigan State enters the game with one of the best defensive units in the country, allowing just 253.8 total yards per game and 55.8 rushing yards per game. It will certainly be the first true test for Ohio State, so we will see just how dominant its offense really is this weekend. 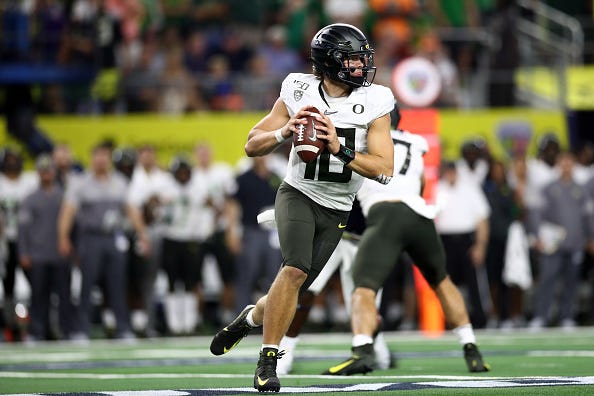 With Oregon home and California without starting quarterback Chase Garbers, this may not have some of the intrigue many probably thought it would a few weeks ago. But, the game still pairs Oregon’s top-10 offense against a Golden Bears defense that has not allowed more than 24 points in a game this season. It should be interesting for any NFL fans of quarterback-needy teams to watch, too, as likely first-round draft pick Justin Herbert will be tested against a respectable defense in this Pac-12 matchup.