It’s mid-October of the college football season, which means conference play is in full swing and teams knocking on the College Football Playoff door are either susceptible to an upset, or ready to distinguish themselves among the elite.

This week sets up several intriguing matchups, including four games between ranked opponents — the most we’ve seen so far this season.

Here is what to watch for:

This Saturday opens up with the Red River Rivalry and rematch of the 2018 Big 12 Championship game. Of course, there is no Kyler Murray for Oklahoma this time, but there is Jalen Hurts. The senior has put up big numbers in Lincoln Riley’s offense, tossing for 1,523 yards and 14 touchdowns to two interceptions, in addition to seven rushing TDs on 8.8 yards per carry. Texas has a pretty good quarterback too in Sam Ehlinger, and its only loss came in a shootout to No. 5 LSU. Expect another shootout with these two Big 12 behemoths on Saturday afternoon as they both try to position themselves to be in the running for the four teams to reach the College Football Playoff. 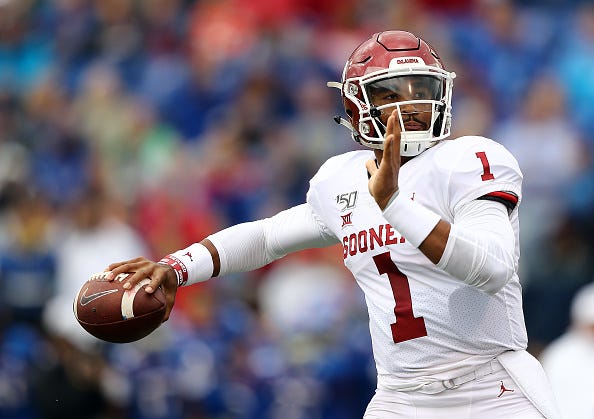 USC has been somewhat of an enigma this season. It resorted to its third-string quarterback last week, but with second-stringer Kedon Slovis, they beat Pac-12 rival Utah for its only loss of the season. Its annual matchup with Notre Dame is always one worth tuning in for, and the Fighting Irish must continue to win out to make their case for the College Football Playoff. Notre Dame will aim to show off its daunting pass defense against USC’s aerial attack on Saturday night in South Bend.

Penn State looks to remain undefeated, but it will not be easy as they head to the road to face an Iowa team coming off its first loss of the season in a closely-contested affair with Michigan. The Nittany Lions’ lone test came on the road against an inferior Pittsbrugh team when they squeaked out a 17-10 victory. That was a month ago, but Iowa is no Pitt and is playing to keep its Big Ten title hopes alive. In order to do so, Iowa will need its offensive line to offer better protection. They allowed eight sacks last week against Michigan and Penn State boasts the No. 4 ranked defense in the nation — presenting quite the challenge for the Hawkeyes. 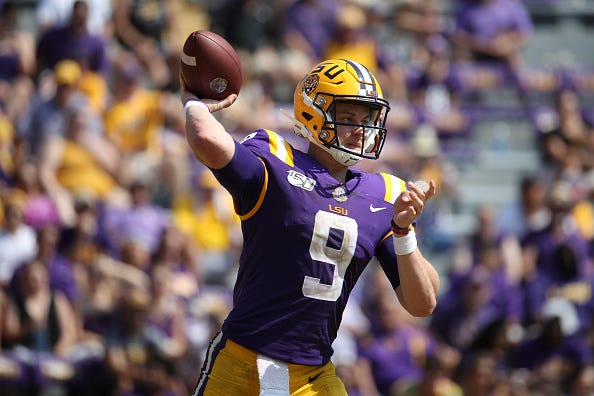 Florida enters this game riding high off a big SEC upset win over a tough Auburn team, but will need to keep up that intensity again this week. LSU has emerged as an offensive force this season behind quarterback Joe Burrow, who is second in the nation with 1,864 passing yards and has 22 touchdowns to three interceptions, trailing Alabama’s Tua Tagavailoa by one for the NCAA leaders in TDs. The Heisman Trophy candidate has LSU as the No. 1 offense overall in the NCAA and potential championship contender.

music
Jazmine Sullivan on going 'through hell' for 'Heaux Tales' and teaming with Issa Rae
music
Lisa Kudrow spills details on ‘Friends’ reunion: ‘I already shot a little something!’
news
IRS pospone empiezo de temporada de impuestos a febrero
news
25,000 troops authorized in DC — thousands more than in Afghanistan, Iraq
news
Some voice outrage after 2 million smokers are given COVID vaccine priority
music
Morgan Wallen is taking all of the good that happened to him in 2020 into a bright new year