For the first time in program history, Clemson enters the college football season with a target on its back.

The Tigers are ranked as the No. 1 team in the AP Top 25 preseason poll — a milestone they have not accomplished before.

They have established themselves as a football powerhouse with two national titles in the last three years and have high expectations as they return phenom quarterback Trevor Lawrence for his sophomore season after he led the team to a 15-0 record and topped Alabama in a 44-16 rout in the championship game.

Clemson and Alabama have both dominated the college football landscape, with one of the two schools winning the championship in the last four seasons. Clemson is 55-4 under head coach Dabo Swinney since losing the 2015 title to Alabama. 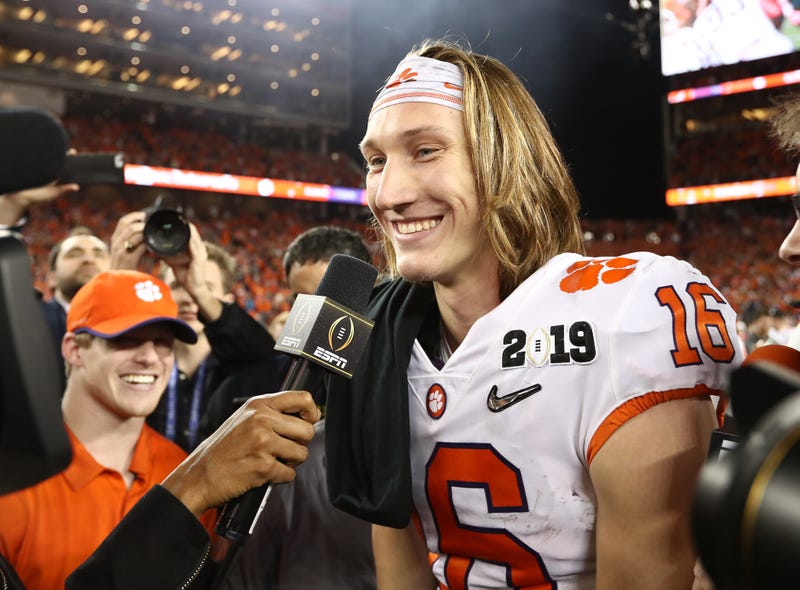 While Clemson returns Lawrence, they did lose four starters on their defensive line, with three being taken in the first round of the NFL Draft and another in the second round.

Meanwhile, Alabama is ranked second behind Clemson as they also return their quarterback, Tua Tagovailoa — the Heisman Trophy runner-up. This is the third time since 2016 in which Clemson and Alabama shared the top two preseason spots.

Rounding out the top five are Georgia, Oklahoma and Ohio State. The Big 10 led all conferences with seven teams in the top 25, while the SEC had six teams — all of which were in the top 16, though.

Michigan, a trendy betting pick for this season, is ranked seventh.

USC, typically among the better college football programs, is unranked and received just one single vote.

music
Lisa Kudrow spills details on ‘Friends’ reunion: ‘I already shot a little something!’
news
IRS pospone empiezo de temporada de impuestos a febrero
news
25,000 troops authorized in DC — thousands more than in Afghanistan, Iraq
news
Some voice outrage after 2 million smokers are given COVID vaccine priority
music
Morgan Wallen is taking all of the good that happened to him in 2020 into a bright new year
news
Dr. Sanjay Gupta reveals how memory lapses are linked to brain health