There wasn’t much debate before the national championship, but now there’s even more reason to think that Joe Burrow is the unanimous choice to get drafted first overall by the Bengals.

Burrow, who was the runaway favorite to win the Heisman this year with a record-breaking 93.8% share of the votes, will likely become the 23rd Heisman winner to go No. 1 in the draft. Not only is he the best player available, as defined by the Heisman, but he’s a match made in heaven for Cincinnati, a team desperately seeking a franchise quarterback after the poor play of Andy Dalton and Ryan Finley made Zac Taylor’s head coaching debut one to forget.

The hype and expectations for Burrow are through the roof, but perhaps these hopes should be tempered. If history has taught us anything, it’s that Heisman winners that go first overall in the draft don’t always find immediate success in the NFL, if much success at all.

Here are the five most recent Heisman winners who saw their names get called off the board before anyone else. Grades are based on the team’s decision to put their future in the hands of that player and how his career has turned out to this point. 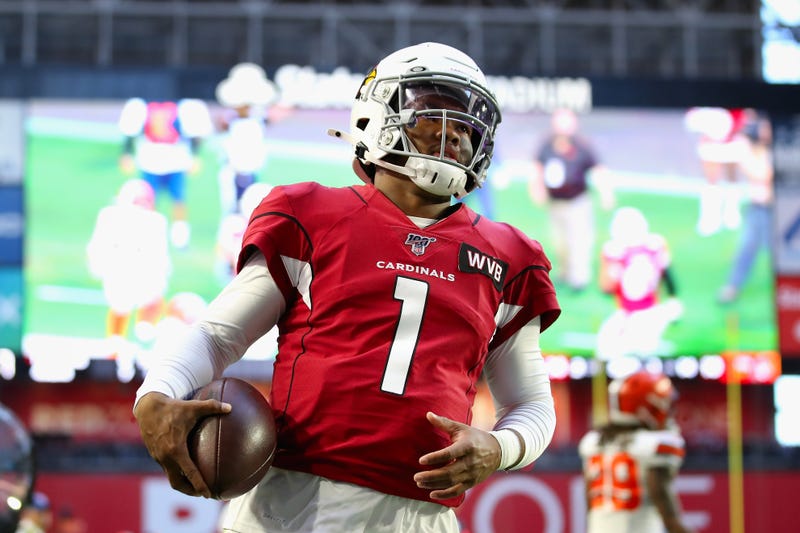 Though the Cardinals as a whole didn’t fare very well, it was a promising start to the career of the Oklahoma product. Murray entered the draft with a similar situation that Burrow is currently facing, in that a struggling team with two ineffective signal-callers (Josh Rosen and Sam Bradford) had a fairly clear-cut option at the top of the draft board.

Murray was utterly dominant in his lone year as a starter at Oklahoma, spending his first season in the Sooner State as the backup to another Heisman winner (see below). In 2018, Murray led the Big 12 in passing yards (4,361) and touchdowns (42), and was also in the conference top five for rushing yards (1,001) and touchdowns (12). His electrifying play style seemed to be a good fit for the modernizing NFL, and so he was taken before other QBs such as Dwayne Haskins and surprise top-10 pick Daniel Jones.

Murray’s NFL debut was good, but he certainly couldn’t turn around all of the franchise’s problems himself. There were memorable games sprinkled throughout the year, though, such as his 340-yard, three-touchdown performance that showcased his arm, his legs, and his late-game leadership in a 34-33 victory. Finishing with over 3,700 yards passing and 500 yards rushing, Murray established himself quickly as one of the league’s premier mobile threats and could very well be named the league’s offensive rookie of the year.

Cardinals fans should be excited to see what this organization can build around the 22-year-old. 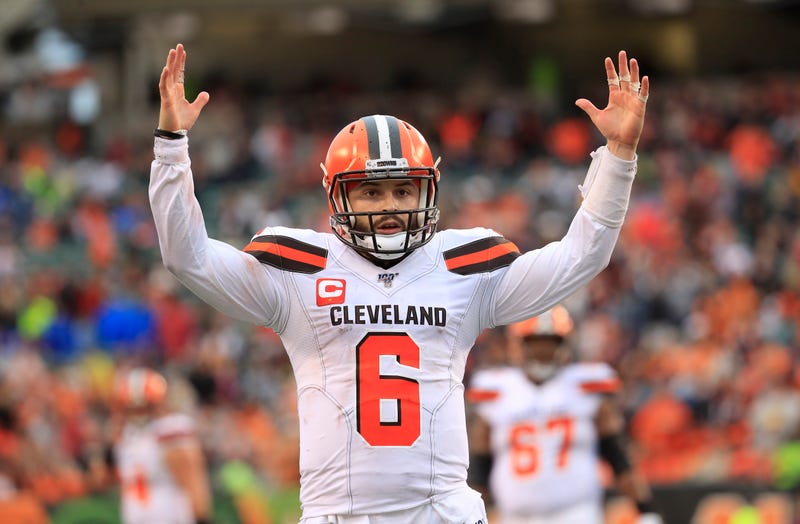 This outspoken and charismatic Sooner took home the Heisman by a significant margin in his third and final year at Oklahoma after compiling a 119-21 touchdown to interception ratio over his career. Mayfield will forever be enshrined in college football history, currently sitting in the top 10 in career passing yards and touchdowns throughout the entirety of NCAA football. There was debate surrounding Mayfield’s NFL future, however, and the Browns had a bevy of candidates to choose from at the No. 1 overall position, including USC product Sam Darnold and Wyoming’s Josh Allen. In fact, the majority of mock drafts had different signal-callers going in different places throughout the early first round.

But Baker went first, and the Dawg Pound got ready to embrace their new leader. Year one of the Mayfield era went better than many expected, as Cleveland had their best season since 2007. The QB immediately became a beloved figure in ‘Believeland,’ as shown by his jersey sales, Hard Knocks appearance and multiple partnerships. His success on the field, most importantly, led to the belief that he truly could turn the franchise around.

It’s hard to analyze Mayfield’s sophomore campaign (22 touchdowns, 21 interceptions, 6-10 record) with obvious coaching and management problems, a dysfunctional team culture and a fairly intensive rebuilding process. However, looking at ESPN’s total QB rating metric reveals that Mayfield’s 2018 figure of 53.9 only dropped slightly in 2019 to 52.3. A year in Kevin Stefansky’s offensive scheme and more time spent with Odell Beckham Jr. could help bounce Mayfield back to his full potential. 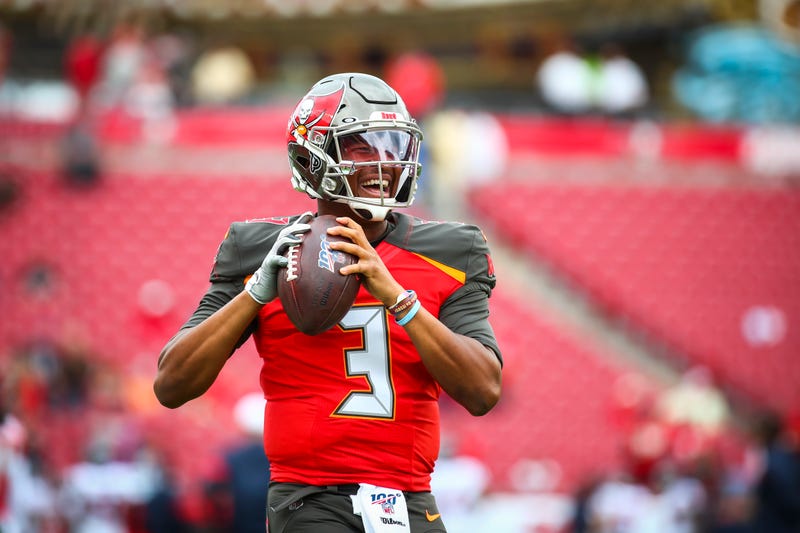 Winston had an interesting journey to the NFL, to say the least.

His tumultuous college experience, filled with off-the-field issues such as rape allegations, shoplifting and public disturbances, had its ups and downs on the football field as well. His freshman year saw him win ACC Player of the Year in addition to the Heisman due to an impressive conference-leading 4,057 yards and 40 TDs. Capping it off with a game-winning, championship-securing pass to Kelvin Benjamin, Winston prevailed amid all of the non-football issues. His sophomore year wasn’t as glamorous, but was still filled with some magical moments as he stayed undefeated throughout the regular season.

Most everyone saw Winston going No. 1 to Tampa Bay, even with Marcus Mariota on the same draft board, but no one could have predicted quite how his career has unfolded. 2019 is a perfect microcosm to represent the risk and reward of the Jameis Winston experience. He joined the fairly exclusive 5,000 yard club with an especially magical two-week stretch where he became the first quarterback in history to record consecutive weeks of 450 yards and four touchdowns. He somehow also managed to throw a league-leading 30 interceptions, becoming the first 30 TD - 30 INT signal-caller in the NFL.

It seems as though the Bucs are willing to keep him around, but figuring out the right way to go about it will be a massive undertaking. 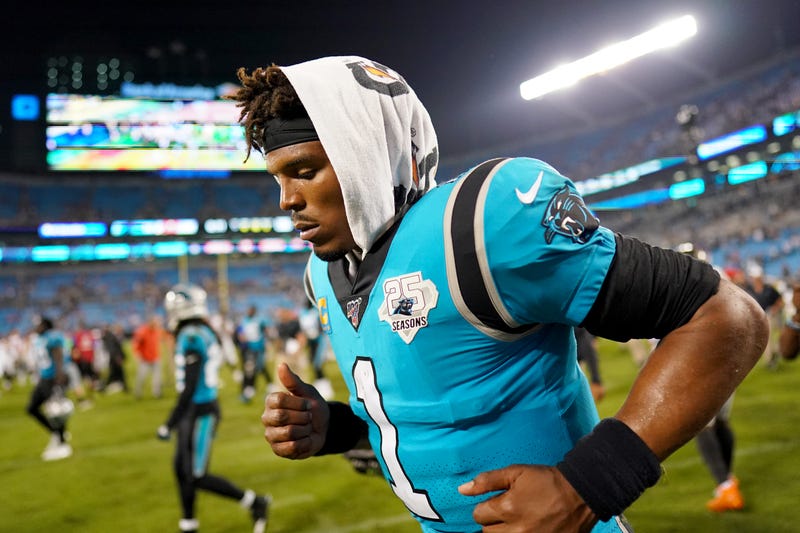 It’s pretty wild that it’s been nearly a decade since Newton was setting all sorts of SEC records with Auburn. In his 2010 Heisman campaign, Newton was responsible for 51 touchdowns, which was the second-most all-time in the SEC to Tim Tebow (that record is now owned by Joe Burrow, who had 59). His blend of size, speed, power and untapped potential was unprecedented. How he would translate to the NFL, at the time, was questionable. But there was too much upside to be ignored, especially for the 2-14 Panthers who dealt with horrid quarterback play from Jimmy Clausen and Matt Moore.

The Panthers only went 6-10 in Newton’s first year at the helm, but the buzz surrounding his debut was warranted and shot Carolina into a frenzy. He passed for over 4,000 yards and rushed for 700 more, adding a whopping 14 touchdowns on the ground. Two years later, the Pro Bowler led the Panthers to a 12-4, first-place finish. And two years after that, it was clear that Newton’s skill set had not only proved very usable in the NFL, but was changing the league for good. The 2015 MVP continued to pound the ball like a power back, scoring 10 times on the ground along with 35 times through the air and providing fans with a 15-1 season, easily the best in the team’s history. Though Newton didn’t win the Super Bowl, his No. 1 overall value had clearly paid off by this point.

The rest of the way hasn’t been as memorable, with an overall 23-23 record since then and his first serious injury occurring this season. His future with the Panthers is in Jeopardy, and it’s tough to gauge whether or not his injury will complicate the remainder of his career. But you can’t deny the impact that Newton has had on Carolina and the NFL as a whole, and for that, he was worth the pick. 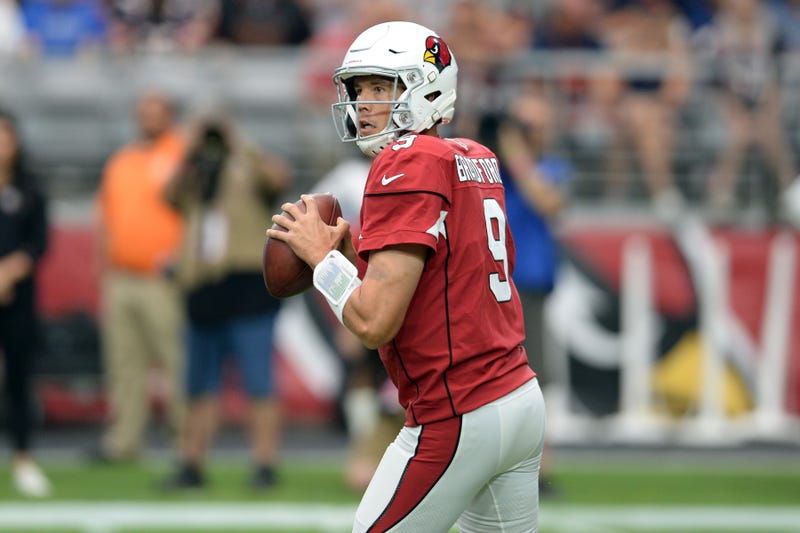 When Bradford threw for 50 touchdowns in his sophomore year en route to a Heisman trophy, he became just the fourth quarterback ever to do so in CFB history. Still, that was only enough to eke out a Heisman win, as fellow QBs Colt McCoy and Tim Tebow were very impressive in their own right. It’s fair to say that Sam Bradford had the best NFL career of those three contenders, and so it’s hard to fault the Rams for taking a stab at a franchise quarterback at the No. 1 overall pick, especially after a trio of subpar signal-callers (Marc Bulger, Kyle Boller, Keith Null) were only able to muster up a 1-15 season in 2009.

The Rams never had a winning season under Bradford, though. He was hampered by injuries during his tenure with St. Louis and never seemed to quite recover from a brutal ACL tear that occurred less than a year after an earlier injury on the same knee. All in all, his stats weren’t bad… but they weren’t No. 1 overall pick caliber. The team went 18-30-1 in four seasons with Bradford at the helm, but he had a decent TD to INT ratio of 59 to 38. He broke some rookie records as well, including breaking Peyton Manning’s for most completions in a debut season.

After solid but unspectacular stints in Philadelphia and Minnesota, Bradford’s injury history and overall inability to lead a team to the promised land brought his career to an end. “Solid but unspectacular” rings all too true when evaluating Bradford’s NFL career, and it goes without saying that he was a disappointment as the No. 1 overall pick. He would have been a disappointment at any spot in the draft if a team was looking for him to be the future of their franchise, and it’s especially painful when you see how early the Rams took him.