The 2020 College Football Playoff National Championship between LSU and Clemson should be primed to be a classic.

LSU, led by Heisman Trophy winner Joe Burrow, will get to play for the national title in their own backyard at the Mercedes-Benz Superdome in New Orleans, while Clemson, the defending national champions, take a 29-game winning streak into the game to win its third national championship of the CFP era.

The game should be a close one. Burrow and Trevor Lawrence will both make electric plays, but the game could come down to whether or not one of them makes a mistake.

Of course, that’s a bit of a soft prediction for the game. Instead of telling you what you can already surmise, here are some bold predictions for the 2020 College Football National Championship Game.

Joe Burrow is Held to Fewer Than 300 Yards Passing 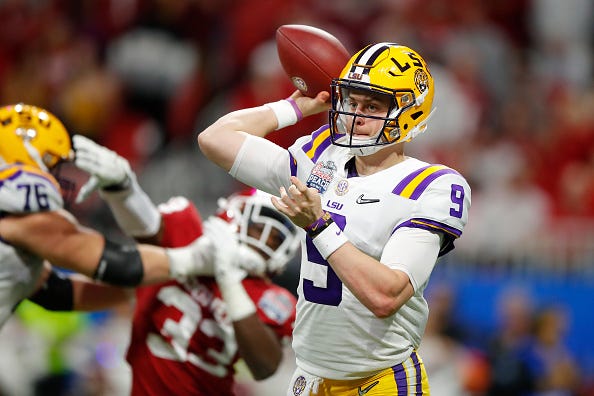 Burrow is coming off his Peach Bowl performance in which he threw for a record 493 yards — most of which came by halftime. But Clemson is no Oklahoma. It boasts the most efficient pass defense in college football, limiting teams to just 5.5 yards per pass attempt. Burrow has not thrown for fewer than 300 yards since a Week 6 matchup against Florida, and has failed to reach that mark just twice this entire season. But he faces his biggest challenge yet in a Clemson defense that will be ready to impose its will on the national stage.

Trevor Lawrence Will Throw a Pick-Six 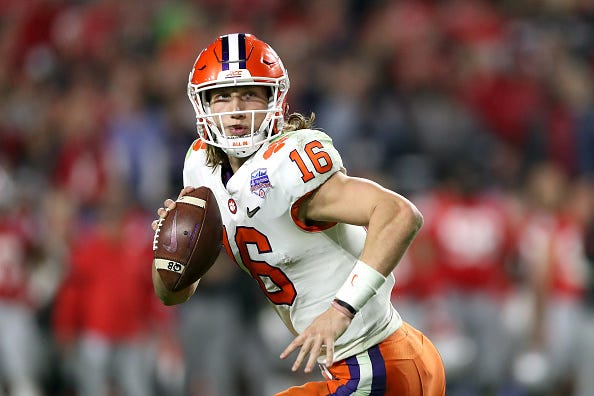 Lawrence is coming off a gutsy performance against Ohio State —one of the best defenses in the nation. LSU’s defense is not quite as strong as the Buckeyes, and Lawrence will certainly make his fair share of big plays, but the Tigers also have some playmakers of their own, especially in the secondary. Grant Delpit and Kristian Fulton are both projected first-round draft picks, while freshman Derek Stingley Jr. led the team with six interceptions. This will be unlike any game LSU has played this season, and it will need a big play on defense and a pick-six could turn the game on its head.

Clemson Will Return a Kick or Punt for TD 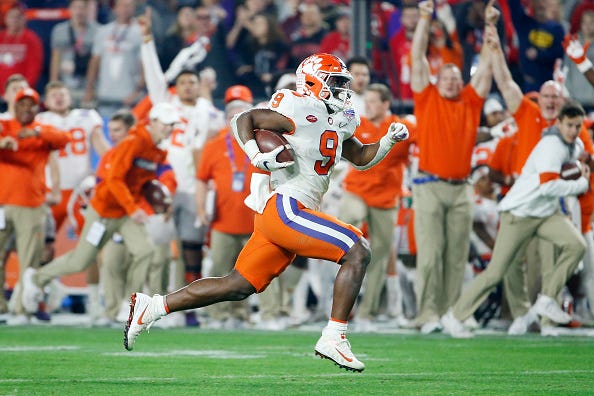 The ultimate X-factor in any big game is special teams. Neither LSU nor Clemson had a return go for a touchdown this year, but why not in the national championship game. Fluky things tend to happen in big games, and if you’re looking for a team to do it, signs point to Clemson. Joseph Ngata averaged 23.2 yards per return on 14 returns this season. Clemson could also send Travis Etienne back there, too. The running back returned four kicks for 98 yards this season, and could have the potential to break free in the special teams game, if he is utilized that way.

Chase Brice Will Take a Snap 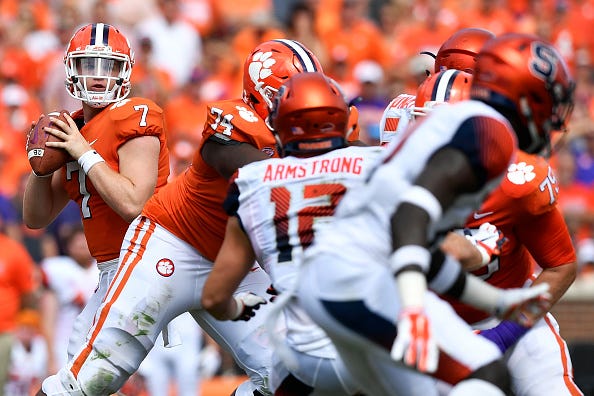 Chase Brice drops back for a pass for Clemson. Photo credit Getty Images

In the Fiesta Bowl against Ohio State, Lawrence was knocked out of the game, albeit momentarily, after taking a sack and hurting his knee on the play. He came back in and looked fine the remainder of the game, even running for 67-yard touchdown showing his legs were just fine. He’s had a couple weeks now to recover, but there’s still that lingering thought of just one bad hit may force him out. While nobody here wants to see the star quarterback be knocked out of the game, we do predict he will get banged up to the point where backup Chase Brice will have to come in and take at least one snap, a la the Fiesta Bowl. 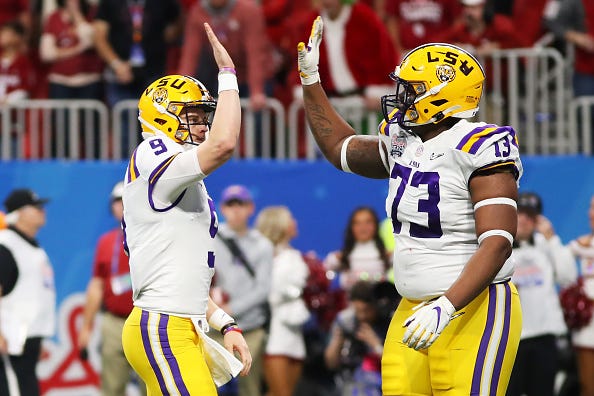 The Philly Special has become a popular trick play to run in the NFL over the last couple years, it would seem appropriate for a variation of this to be unleashed in the national title game. With no more games on the season and everything on the line, this is where coaches empty out the kitchen sink and toss in a trick play, if the situation calls for it. With Clemson’s stout pass defense, LSU may have to get creative at times. Burrow does have a catch this season — although it was a batted ball at the line — but maybe the Tigers test out their Heisman Trophy winner’s hands on a trick play that no one sees coming.