We've recently found out that it's not the best idea to compare DK Metcalf to any other NFL players, no matter how highly regarded that player is. The Philadelphia Eagles, unfortunately for their fan base and Darius Slay, found that out the hard way. 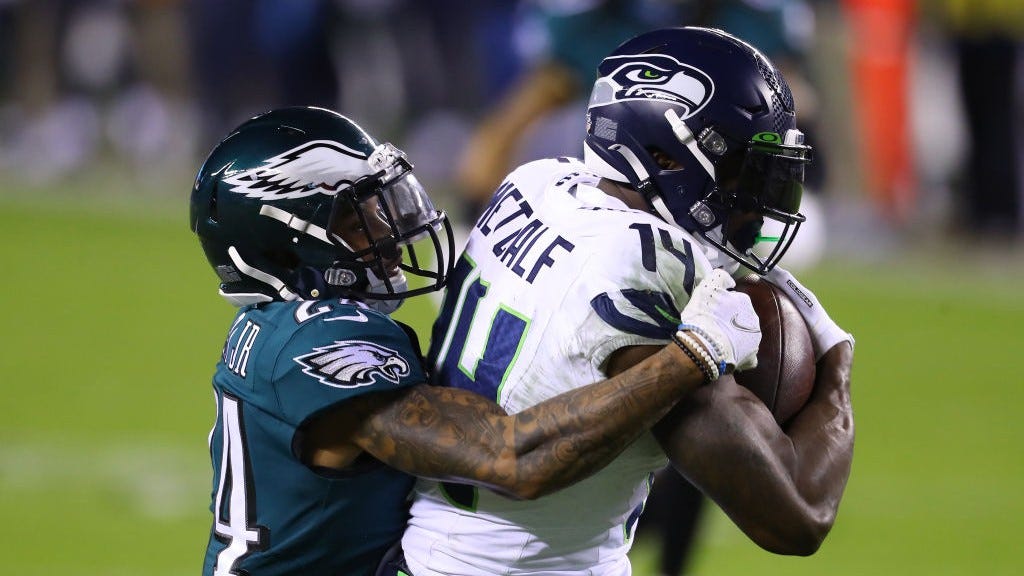 So Arizona Cardinals star cornerback Patrick Peterson is taking a little bit of a gamble comparing a 2021 draft prospect to Metcalf, though maybe it doesn't have the same effect when Metcalf is on the other end of the comparison. Who knows. Either way, the Seahawks and the Cardinals have already faced off twice in 2020, and besides, Metcalf isn't the only wide receiver to which Peterson compared the prospect in question.

"You know who Ja'Marr [Chase] reminds me of, though?" Peterson said on the latest episode of the "All Things Covered" podcast, featuring special guest and fellow LSU alum Justin Jefferson. "He reminds me a lot of DeAndre Hopkins as far as being able to catch the ball aggressively, off of [defensive backs]. But he also remind me of a little bit of D.K. Metcalf on the strength that he has, he can break tackles and being able to have that aggression on getting the ball in the end zone."

Hopkins and Metcalf are two of the best — if not the two best — wide receivers that the NFL has to offer. That's high praise for Chase, but it's not unheard of. After all, he's frequently been touted as the No. 1 WR in the country and won the Fred Biletnikoff Award, going for 1,780 yards and 20 touchdowns for LSU in 2019. His then-teammate Justin Jefferson, who is now tearing up the NFL and leading one of the deepest classes of wide receivers we've ever seen, had 1,540 yards and 18 touchdowns in that same campaign as a point of comparison.

Ja'Marr Chase is putting up the numbers to back it up 💪 pic.twitter.com/fMJfBknY59

So yes... the thought is that Ja'Marr Chase is going to be good. Like really good. Like potential top-five pick good, despite the fact that he opted out of the 2020 college football season. He's someone who many teams will have their eyes on, including the Philadelphia Eagles, whose receiving woes have come back to haunt them in a big way in 2020, in addition to the Los Angeles Chargers (imagine that receiving group!) and the Miami Dolphins (a Tua Tagovailoa-Ja'Marr Chase pairing is a scary thought).

RADIO.COM Sports' own Tim Kelly projected Chase going at the No. 6 spot, though the draft order and which team ends up there will ultimately determine that outcome. As of now, Tankathon shows that the Chargers (No. 5), Eagles (No. 6) and Washington Football Team (No. 9) are all within striking distance of getting such a highly touted and game-changing prospect to add to their offensive units.